Psychology major Alex Morse loved working in the Admission Office for three years. She decided to try out higher education full-time, now working as an admission counselor for Pitzer College. 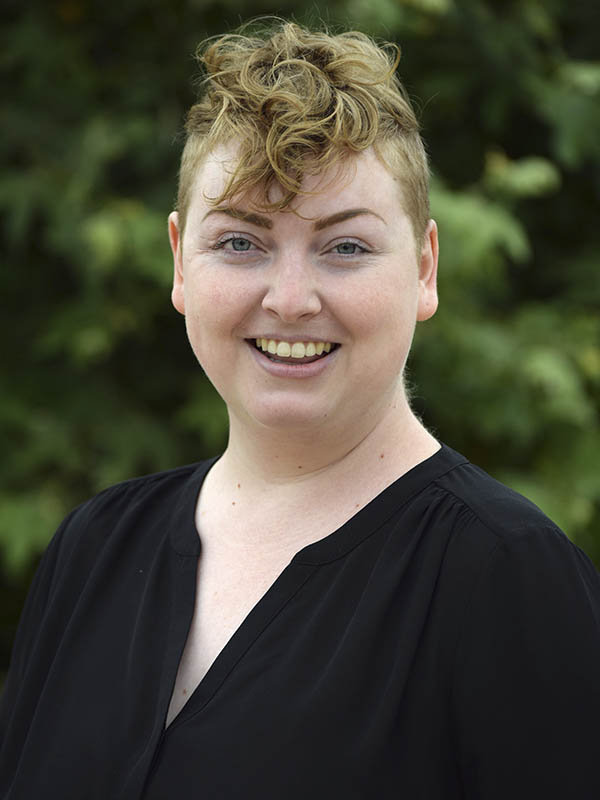 What led you to choose your major?
I was always interested in sociology, politics and biology. Psychology marries the rigorous testing of quantitative science with the theoretical understanding of human beings, so it was the best of all worlds for me!

What were the most important skills that you learned during your time at Oxy? In what ways did a liberal arts education help shape your career aspirations?
Writing, critical thinking and the time management skills required for rigorous classes are the skills I use most now in my job. My liberal arts education gave me the tools to solve any problem I'm faced with, which has empowered me to pursue my current career as well as look forward to graduate school and the future.

Talk about the process you went through to land your first job out of college.
I had two primary activities at Oxy, which were college admissions and peer sex education (they seem disparate, I know, but that's liberal arts!). I applied for jobs in both fields starting in April of my senior year, and it took me about two months to land my current job. I was in the final interview stages for two positions: one with UCLA's Luskin School of Public Affairs as an HIV Prevention Specialist and one as an admission counselor for Pitzer College. My network in the Oxy Admission Office really advocated for me to the Pitzer staff, which I believe is a big part of why I was hired. In the end, although the UCLA job was interesting, I had always wanted to travel as an admission counselor, so I decided to go for it! I applied for the job on May 16th, received an offer on June 9th, and started July 2nd. It all happened so fast after graduation and I was so grateful.

Did any Oxy departments, faculty, alumni, or others play a role in guiding you toward your post-graduation plans?
It was actually an Oxy alumnus who sent the Pitzer job to me—Andrew Huerta, who also worked in Oxy admission as a student, and now works in admission at USC knew I was looking for a job. Once I told people in Oxy admission I was applying, they immediately reached out to Pitzer to recommend me. I wouldn't have gotten this job without all of them!

Your network is everything. Every job and internship I've gotten since I was 19 was due to my network.

How did you engage with the HCC during your time at Oxy?
I participated in InternLA the summer after my sophomore year and the IMPACT sessions on career development helped me so much. All my LinkedIn, resume, interview and cover letter skills were formed through those sessions alongside my internship. I am currently contemplating a clinical MSW degree and have been conducting informational interviews with other MSWs to explore the path, which has been vital. Informational interviewing is yet another skill I learned through InternLA.

Looking back, what do you wish you knew about the career prep/planning as an incoming first-year?
Your network is everything. Every job and internship I've gotten since I was 19 was due to my network. I applied for so many jobs where I had no network connections and I usually never heard back. It was the places where I did have connections that considered me. The job search can be scary, but if you have connections in fields you care about, that’s a big advantage.

Where do you see yourself in the future, career-wise?
I am currently exploring what it would take to become a sex therapist and educator. While I don't plan on applying to grad school right away because I love my job and feel like I still have so much to learn from it, I am glad that I have the tools to explore this other possible path.

Any advice for current students at Oxy?
Get involved on and off campus doing things that you love. Work to make connections with people, and stay in touch with them throughout your four years. Your network is everything and will make all the difference when you face the job market as a senior. If you've made those connections, you'll be just fine!