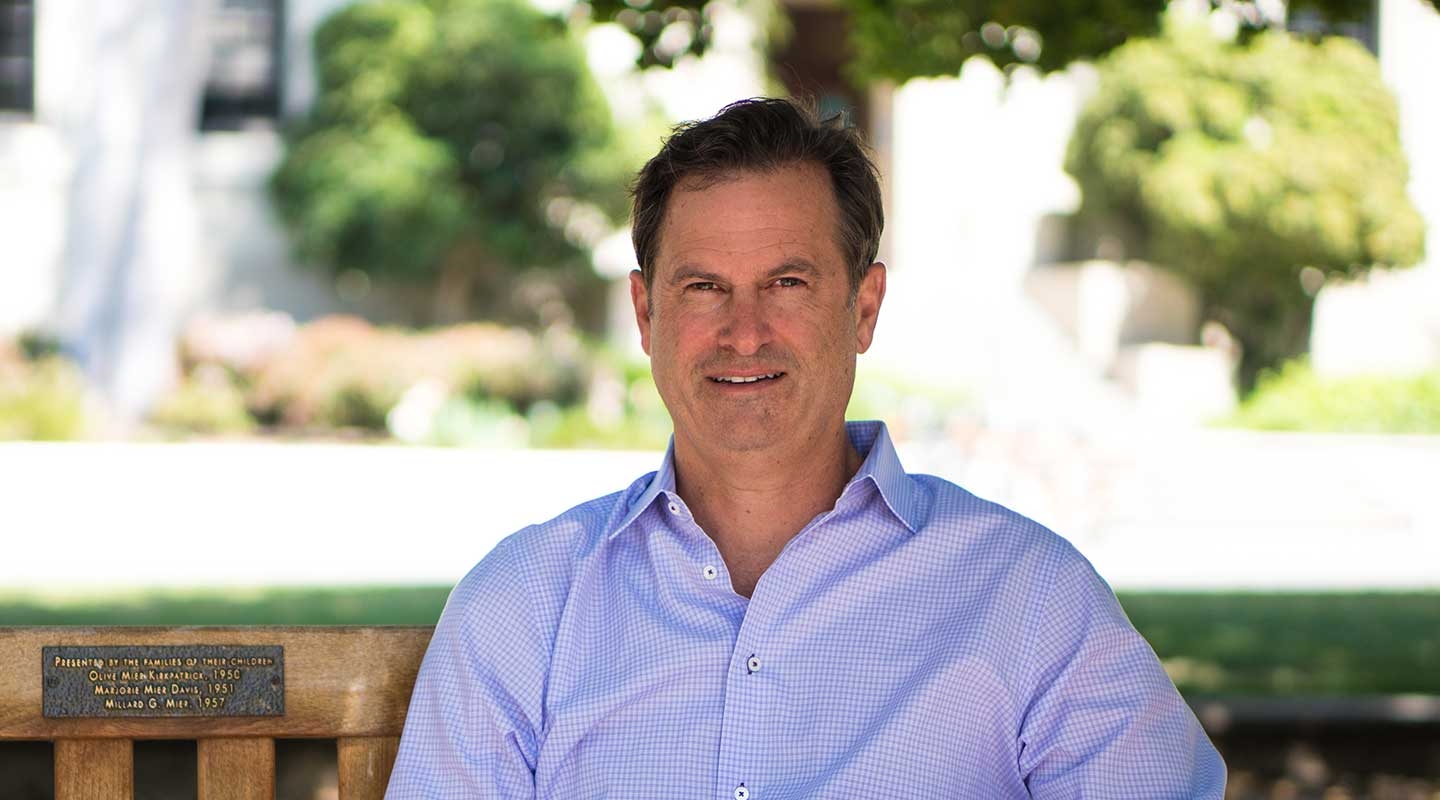 Brad Fauvre has always had a strong connection with Oxy as an alumnus. However, his involvement with the College actually began when Oxy found him.

Brad first became acquainted with Oxy through an admission brochure he received. “At the time, I was not very focused on my college search. Looking back now, I am so grateful for the mentorship and opportunities I had as a result of attending Occidental.”

While attending the school as an economics major, Brad served as president of the Blyth Fund, Oxy’s student investment fund, and led the fund’s divestment from South Africa, which was part of a larger apartheid divestment campaign at the College.

“Woody embodies the Oxy experience of a professor and a mentor. In addition to academics, Woody guided me to an internship at First Interstate Bank, and because of his outreach, fellow alum Art Peck came to recruit on campus for BCG, where I landed my first job. The close connection between Oxy and the alumni, formed by the uniquely close relationships we had with our professors as students, made a real difference in my life.

“I feel it’s important to keep this tradition alive, and I encourage Oxy alumni to reconnect with each other and professors, and to provide mentorship, internships and jobs for the fantastic students at Oxy.”

After receiving an MBA from Harvard, Brad worked for Boston Consulting Group and HAL Investments. He is now president of Velocity Vehicle Group, a privately owned group of companies that are experts in the commercial vehicle industry in the Southwest United States. VVG employs over 1,600 people and has revenues of $1 billion.

Despite his professional success, or perhaps because of it, Brad never forgot his close connection to Oxy. A longtime supporter of the College and incoming Alumni Board of Governors president, Brad is making a difference in the lives of students. As an individual who understands the importance of both academic access and professional networking, Brad has made a generous commitment spanning five years for scholarships and internships. This gift provides support for approximately eight scholarships and 10 internships, further enriching the work of the Hameetman Career Center.

“Giving back to Oxy is something I’m proud to do. Providing scholarship support and encouraging young graduates who are embarking on their professional journeys ... is my way of staying connected, and helping others to succeed.”