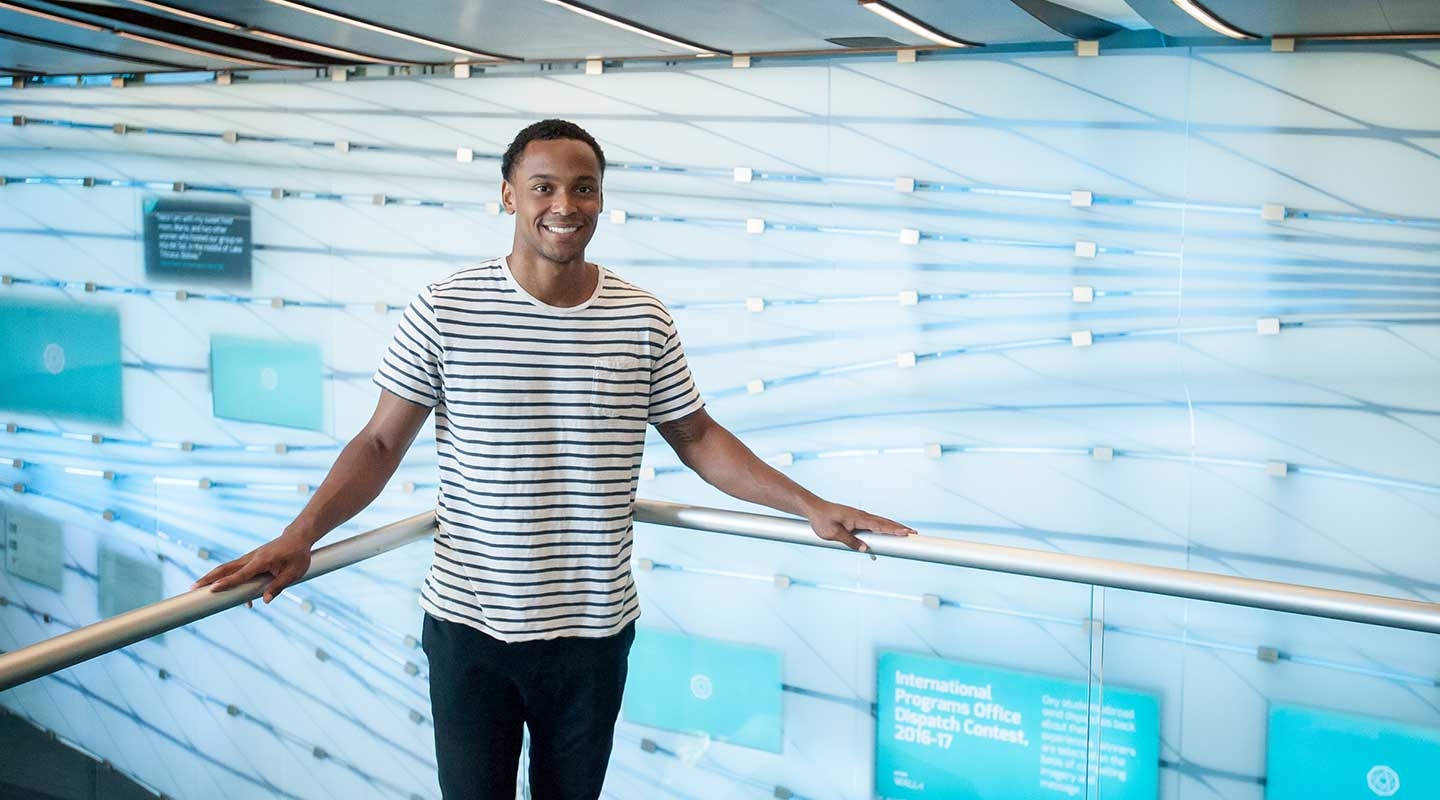 Studying and working abroad can be overwhelming and unfamiliar, but as Chase Holliday learned during his summer in Shanghai, the risk was worth the reward.

While the Los Angeles native enjoys having a campus so close to home, he knew there was more to explore, and took the chance to work and study in China this past summer. The Chinese studies major shares how the experience helped him evolve and what he wants other students to consider before graduating.

I found out about Occidental through athletics; I was recruited for basketball out of high school. I used to be on the team, but I decided to focus more on school and have more time to go abroad. Initially, though, I went to Wheaton College for my first semester of college. It had been a close call between them and Oxy and it wasn't really the right fit, so I decided to transfer to Oxy and it was a great fit. Being close to home and staying in California was just something that I really enjoyed and needed at the time and it turns out it worked for the best. I honestly love Oxy, I'm super glad about my choice to come here.

It seemed likely that I would major in economics but all of my interests, academically at least, fell within Chinese studies, whether it was a history class or the ancient Chinese literature classes that Oxy offers, as well as the language courses. I've been taking Chinese since the seventh grade, and when I came to Oxy I had a little fluency (enough to test into 200 levels). I decided to choose a Chinese studies major and go that route. I initially took a bunch of Chinese language courses, but my sophomore year I started taking classes like "The Rise of the Martial Arts Novel." That was the one class that really kind of did it for me and was the "light bulb switch" that told me I really enjoyed this major.

This past summer I interned at the Mercedes Benz Arena in Shanghai, one of the major sports and concert venues out there. I worked in international marketing, running their Instagram, Facebook, Twitter and LinkedIn accounts. It was  interesting to see all the aspects that companies pay attention to within social media, especially being in China and trying to reach out to a more western demographic. It was fun for me to be able to experiment with different ideas. I also took classes at Donghua University. Shanghai was definitely a bit overwhelming. Being from Los Angeles, figuring out how to work public transportation was interesting for me, I've never really had to do that. A couple of my fellow interns were Chinese natives, so I was able to see the city with them and learn the different [subway] lines, and all the ins and outs of getting around Shanghai, which made things much more convenient and just fun. By the time I was leaving I felt like I was right at home and I was completely immersed in the Shanghai culture.

Through my internship, I was able to meet a bunch of people who worked for major athletic organizations, like the UFC, and I was able to sit in on meetings with the NHL. It was exciting to meet people who are doing sort of what I want to do, which is bridge the cultural gap between Chinese society and western cultures, which was really cool. The NHL is planning on having the first actual NHL game in China in these next few months, so I was there to help start the advertising and marketing scheme for that as well as just help them with their knowledge of hockey. They were asking me a lot of questions about sports because they weren't too familiar with some of them.

I think interning in Shanghai helped me open myself up to not only new people but different opportunities. I didn't have much experience working in marketing or anything like that, so I was a little hesitant to apply at first, but I decided that anything I stuck my mind to I could get done. Being unafraid of risk or unfamiliarity was a big lesson. Going abroad, especially in China, has made me much more independent, responsible and self-reliant. I had to not only do my work for classes, but I was going into the office every day and having to time-manage. (It's going to really help me in my last year as I get ready for senior comps.) A lot of the time, for some students and myself specifically, summers have been comprised of after-school-type jobs, which are always great, but it was a bit different going to an actual office every day and having people depend on you for assignments. I really think my time in Shanghai this summer has helped me grow as a young adult. One bit of advice to other students is to start going abroad sooner rather than later. And don't be afraid to take that chance.

Interested in Chinese studies? Get to know the major or learn more about  study-abroad options for students through Oxy's International Programs office.