Inspired by her globally focused education and following in the steps of her grandmother, Naomi Hong works in the hospitality industry as a concierge at a boutique hotel in Malibu. 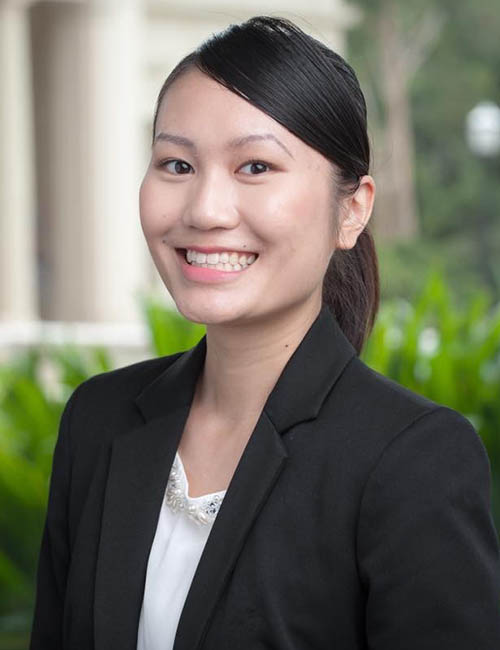 What inspired you to pursue a job in your current industry?
My grandmother is a Japanese American travel agent. Thanks to her, I’ve been fortunate to travel the world, particularly Japan. Some of her best memories relate to hotels; that’s where all her closest friends in the industry work. They not only help take care of her and her clients, but also create memories and deliver high-quality hospitality. Having experienced that firsthand, I wanted to enter into the hospitality industry myself to serve clients and guests like my grandmother did.

What led you to choose your double major?
I was always interested in international affairs and wanted to pursue a major with a global focus. I also knew I wanted to study Japanese in conjunction with something like business because I had studied the language for four years in high school. After researching Oxy’s majors, I felt the combination of both Diplomacy & World Affairs and Japanese would fit my career interests and goals. I also minored in economics.

What were the most important skills that you learned during your time at Oxy? In what ways did a liberal arts education help shape your career aspirations?
Writing, critical thinking and empathy are the most important things I learned at Oxy. From day one, when I participated in the Multicultural Summer Institute before my freshman year at Oxy, I began to develop stronger writing and research skills. My majors helped me to be more critical in my thinking and more empathetic. Although I can’t say I agreed with everything I learned within my majors or at Oxy, I appreciate the many viewpoints that challenged my prior views. I have walked away with greater skill in thinking critically about current events and how I view people.

Talk about the process you went through to land your first job out of college.
I started preparing for jobs very early. The summer before senior year I participated in an internship at the number one hotel in Japan. During that time, I attempted to network and I listed the companies I wanted to potentially work for. When senior year began, I continued to research companies and positions even though I knew it would be a bit too early to apply. I went to the Hameetman Career Center to review my cover letters and resumes, and I began to submit actual applications during winter break.

The second semester of my senior year is when I really hustled, applying to several jobs online and doing more in-person local interviews. I finally found the company I work for now through an online ad and decided to apply. Unlike most major hotel chains who probably get too many applications, Nobu Ryokan immediately responded and wanted me to do an interview. I did two interviews, and a couple of weeks later they asked me when I could start training.

My Japanese professor helped me by writing letters of recommendation and progressing my Japanese written statement when applying for various internships in Japan before my senior year. I’d like to think those internships helped me get my current job.

How did any Oxy faculty or others play a role in guiding you toward your post-graduation plans?
My Japanese professor helped me by writing letters of recommendation and progressing my Japanese written statement when applying for various internships in Japan before my senior year. I’d like to think those internships helped me get my current job.

How did you engage with the HCC during your time at Oxy?
I went a few times throughout my time as a student for resume/cover letter editing, internship seeking advice and a financial success after college seminar.

Looking back, what do you wish you knew about the career prep/planning as an incoming first-year?
I think I would have used LinkedIn more as a resource. I also wish I had taken advantage of the free LinkedIn photo shoots on campus.

Where do you see yourself in the future, career-wise?
I hope to continue my work in the hospitality industry, in either the sales, PR or finance departments.