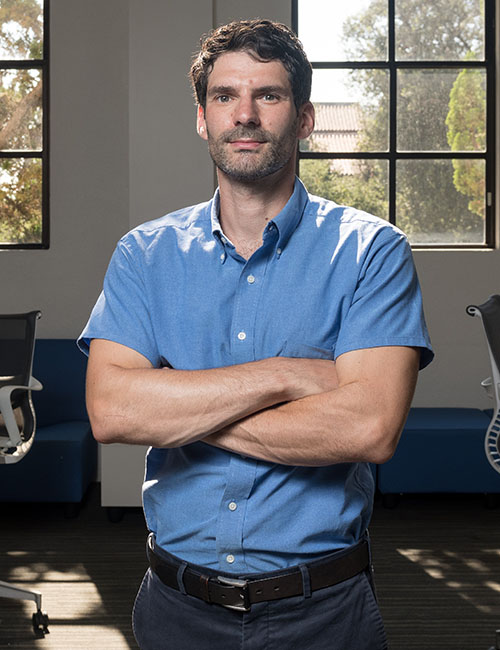 When did you take an interest in political science?
Ayoub: I took an interest in politics during my first year of college at the University of Washington. I was working toward a premed major, when I decided to enroll in a course on Europe in World Politics offered by the Jackson School of International Studies (the University of Washington’s equivalent to DWA). The professor, Christine Ingebritsen, was a star and the class felt so relevant to everything that was happening around me in the post-9/11 world. The themes in that course also meant something to me personally, as was the son of immigrants with strong connections to Europe and the Middle East. For those reasons, and many more, there was no turning back. Political science, and particularly the international relations subfield within it, connected me to the world in which I lived in new and exciting ways. I went on to work with Ingebritsen’s thesis adviser (Peter Katzenstein) at Cornell for my PhD in international relations and comparative politics.

What attracted you to Occidental?
Ayoub: One of the things I appreciate most about Oxy is its long-standing commitment to diversity, equity, and inclusion. I see my work as a scholar as being part of a project to break down barriers to inclusion, and I think Oxy is a place that will cherish and support that. I also enjoyed every minute of getting to meet the Oxy faculty and students, as well as learning more about the vibrant intellectual and student community on our beautiful campus during my campus visit last winter. I felt many complimentary synergies between the work in DWA and how I see my role in the wider profession. In DWA, I appreciated the stellar community we have working on issues of marginalization, human rights and international organization. I think my research portfolio further strengthens Oxy’s excellent profile in these areas.

What do you enjoy most about teaching?
Ayoub: Teaching and mentoring students is the aspect of my job that is most rewarding. A core part of my teaching philosophy is to connect our field of study to the real lives of our students, so that they see how the classroom has currency for their lives. My work is very attune to contemporary issues that affect my students, or issues that they read about in the news. For example, Europe (my core region of focus), has captivated our attention considerably in recent years, from Brexit, to Greek financial crisis, to the refugee crisis. It has inspired me to re-write my syllabi, change my teaching, and grow my research portfolio to address queer migration (part of which I am coauthoring with my Drexel University undergraduate, Lauren Bauman). Finally, I enjoy the immediate gratification of teaching – when you’ve had a good day in front of the class, or when you observe students improving. The payoff comes so fast, where with research you often have to wait so long, for a piece to be ready for a wider audience. So balancing the two—teaching and research—keeps me engaged and fulfilled. I look forward to bringing my research interests into the classroom and, together with students’ interests, exploring how they relate to our lives in Los Angeles.

How does LGBT activism in European politics compare to the United States?
Ayoub: LGBT activism has a long history of transnational ties across borders. So while there are important specificities to LGBT activism in Europe versus the United States, they also have important interactions. Indeed the first American gay rights organization was founded in Chicago in 1924 by a migrant from Berlin, a protégé of Magnus Hirschfeld’s pathbreaking research center there. For my research program, these ties connect countries in ways that have transformative effects. The LGBT movement is an important case for understanding of how and when social and political systems change in response to the mobilization of non-state actors and groups. Here we have seen groups working in solidarity across borders since the 1800s, and under the right conditions being able to take ideas once perceived as radical, like same sex unions, and in a few short decades transforming institutions to adopt same-sex unions policies in multiple dozens of states. The United States adopted same-sex marriage 14 years after the Netherlands, and 26 years after Denmark passed same-sex civil unions in 1989. By contrast, the innovative ideas of the American Gay Liberation movement spread to multiple countries in the 1970s, adapting related and interconnected repertoires of gay liberation emancipation. These are not isolated occurrences, there are international and transnational dynamics at play that need studying. That said, I believe strongly that we have to study how domestic institutions and norms moderate the effect of international and transnational dynamics. Looking at politics in 2017 shows that it’s futile to neatly separate the analysis of the international level from the domestic—we have to understand one to understand the other, and this is why my work also speaks centrally to the subfield of comparative politics.

Outside of work, what do you like to spend your time doing?
Ayoub: I like hiking, swimming, cinema (all ways in which L.A. suits me quite well), and, most of all, travel and adventure. Spending my time with family and friends in Berlin, where I have lived for much of my adult life, is also central to both my work and pleasure.