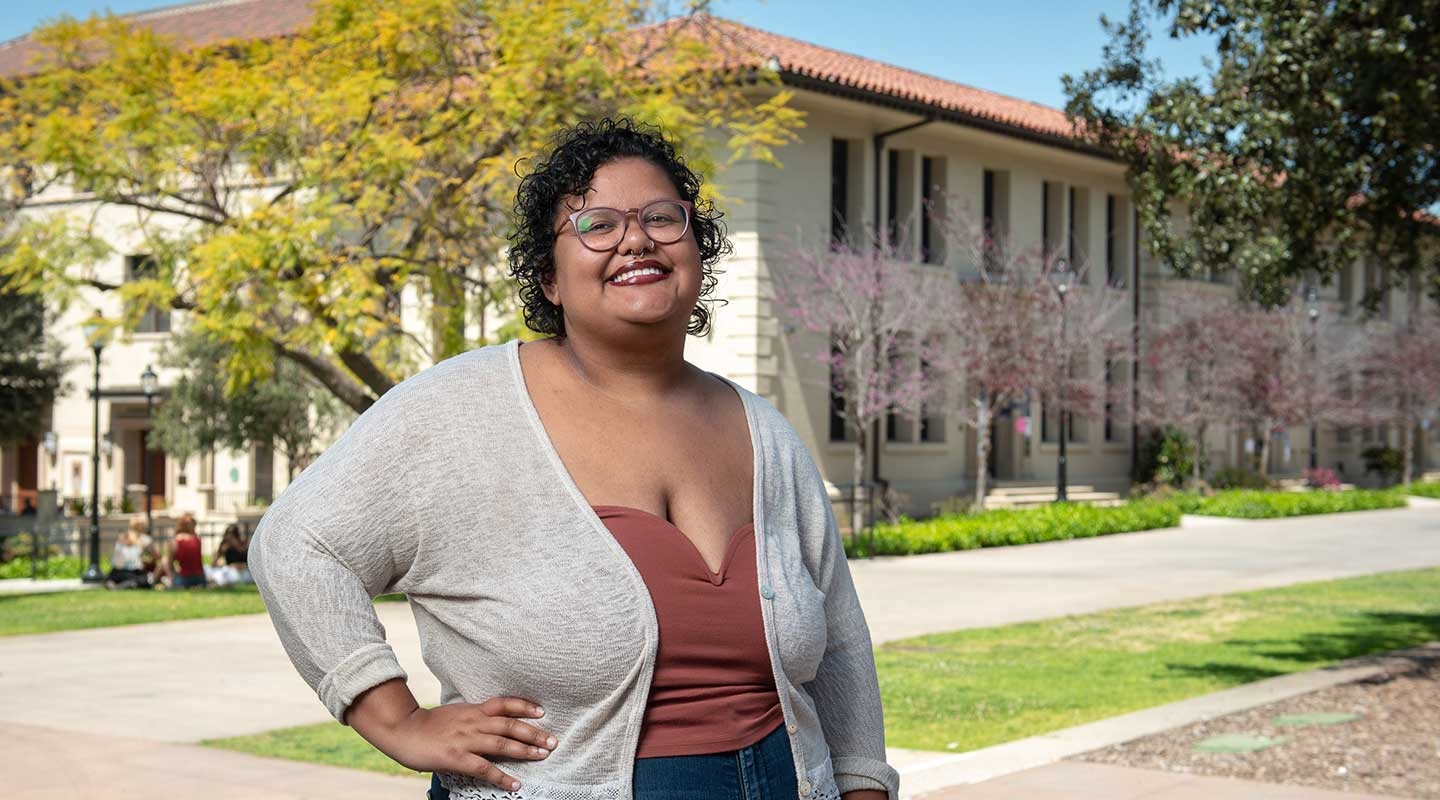 Most college students are incredibly busy during finals week. For Rosa Pleasant, it’s no different—except for the fact that along with studying and writing final papers, she’s working diligently on an appeal for a high school student who was unlawfully suspended from the Los Angeles Unified School District.

The effort is part of Pleasant’s internship with Public Counsel, one of the largest pro bono law firms in the country. She works with their statewide education rights project, and she has spent the spring semester focused on a bill called SB607 that would eliminate suspensions and expulsions for “willful defiance.”

“It’s a very arbitrary category that is disproportionally assigned to students of color and other marginalized identities,” Pleasant said. “So I’m trying to get that removed from the student’s record.”

When a suspension or expulsion sits on a record, she explained, it can ultimately help track students to what ends up being the school-prison pipeline.

Both on and off campus, Pleasant has been a strong advocate for her peers as well as underrepresented students. She has been an active member in Sigma Lambda Gamma, the Black Student Alliance and the Neighborhood Partnership Program. She also participated in Oxy’s four-week Multicultural Summer Institute before entering Oxy as a first-year student from Fresno.

An American studies major with an emphasis in Black Studies, Pleasant has undertaken several undergraduate research projects, from an individual study of activist and educator Septima Clark to research with two different professors. One project looked at gender equality in the media, and for the other she studied black women’s organizational work at the turn of the 19th century. She even co-presented the latter research at last year’s Western Association of Women Historians conference.

Following graduation, Pleasant is moving to Baltimore to take part in Urban Teachers, an alternative four-year teacher training program offered through Johns Hopkins School of Education. She’ll complete the program with a master’s degree plus her teaching certification.

“I’m really excited about the prospects,” she said. “I really wanted to get involved in teaching because I’m very interested in education rights. I’m hoping to teach for several years and then go to law school to do education reform.”

In that field, she said, she’ll apply her knowledge as a student and a teacher to what is needed to move forward in our education system.

True to form, another passion of Pleasant’s is supporting the people in her life that she cares about. While it can at times be draining, she said that Oxy has taught her how to set her boundaries and identify her own needs as well.

“My room actually has a couch and people call it the therapy couch,” she added, smiling.

Rosa Pleasant received a Dean's Award for Service at the 2018 Student Leadership Awards ceremony. Each year, the Dean of Students recognizes seniors who embody Oxy's four pillars of Equity, Excellence, Service and Community.