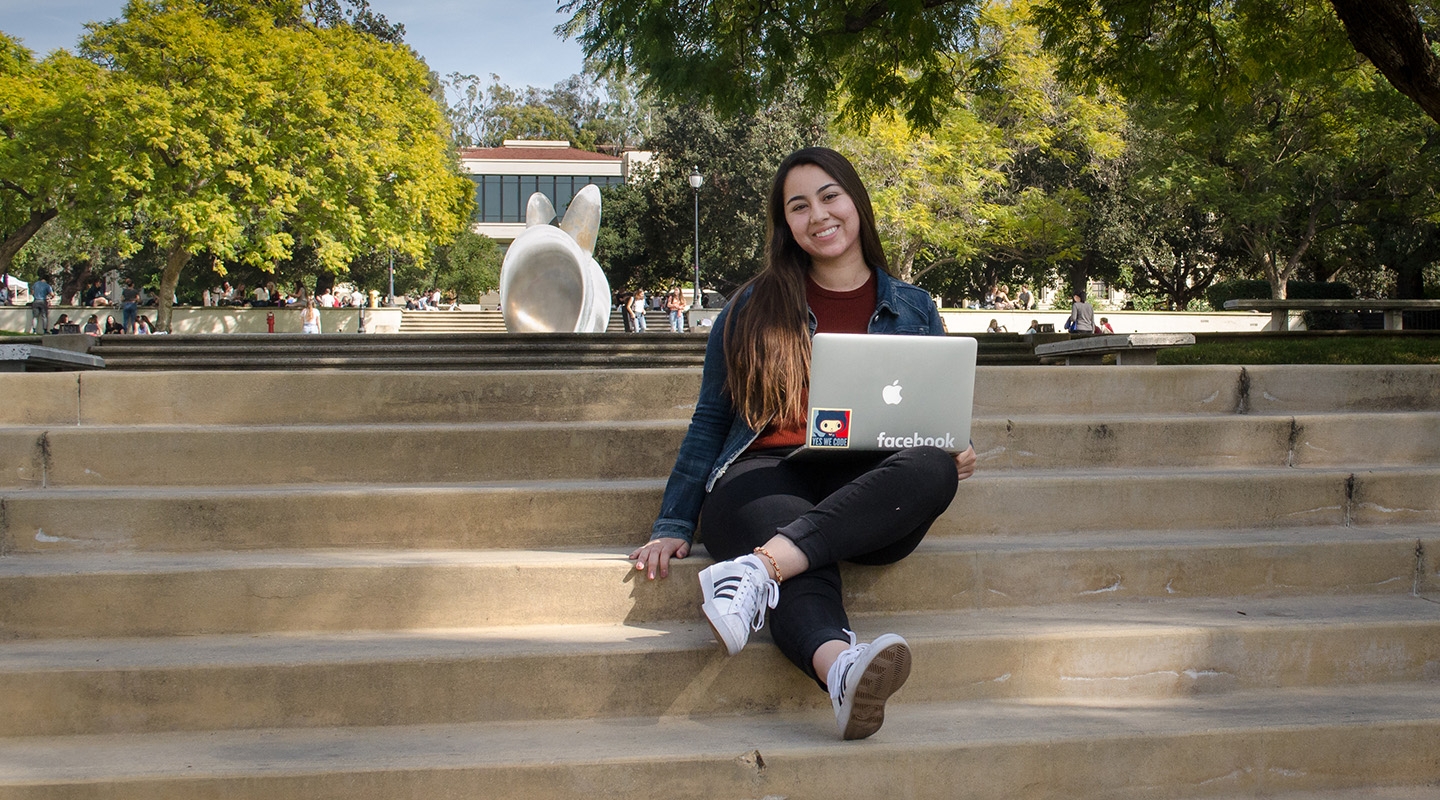 In 2017, Occidental shifted computer science from a minor to a major, a move that Stephanie Angulo has been preparing for at companies like Facebook, Google and JPL. But in her eyes, tech advancements would stall without the liberal arts.

As a first-generation Mexican-American college student, Angulo is entering into a professional field with few faces like hers but her passion, growing resume and forward-thinking viewpoint is the key to unlocking endless possibilities in computer science.

When I was applying to colleges, one of my dad's clients of his construction company really wanted me to apply to Oxy; his client is an Oxy alum. I thought “OK … a liberal arts school." I read more about Oxy and became more interested. I knew I wanted to do something with computer science (and it was only a minor at the time), but I wanted something else to go with it, and I figured this would be a good place to explore that something else. And even if I didn't find that something else, I would still be advancing my writing and communication skills, which is really important for STEM people and is often overlooked. After I was accepted to Oxy, I came to Admitted Students Day and fell in love with the campus. I went to a STEM-y type of talk given by one of the chemistry professors and they emphasized the collaboration between the liberal arts and STEM, something I knew I wanted in my studies. So I became an Oxy student and then computer science became a major! I wasn't expecting that.

I took my first computer science class in high school, and while I wasn't that good at it, I was amazed by how much you could do with it. I was always a math person and with computer science, I was able to expand my problem-solving skills in ways I didn't even know were possible. I'm a person who is not satisfied with just knowing that something works, I need an explanation for why it works. I was obsessed with learning more about the field and becoming more proficient, so my high school teacher suggested that I apply to a three-week camp called Google Computer Science Summer Institute to learn web development and the basics of computer science at a Google office. I attended the summer before I got to Oxy and loved meeting people who had the same drive and passion for figuring out computer science. During my first year at Oxy, I applied for a Facebook paid internship to learn iOS development, where I made my own iOS safety app. I got a return internship at their Seattle office last summer and worked on the Messenger team, working on iOS video sending and receiving, specifically video transcoding. I wasn't familiar with a lot of these concepts, so I had to learn almost everything there. There's a common misperception of internships, that people need to go into internships knowing everything, but in reality, the most important skill to have is the ability to ask “dumb" questions! 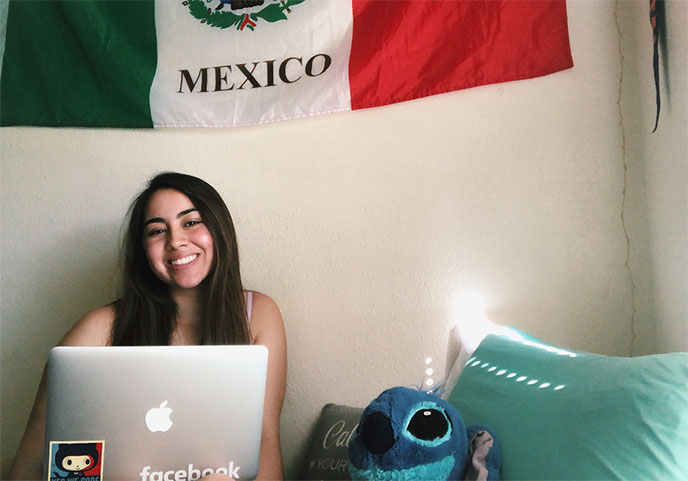 At Occidental, there are so many people who are passionate about their fields, whether it's computer science or not. Seeing their academic drive makes me want to be a better student, too (that sounds corny, but it's super true). I'm vice president of a computer science club on campus, Oxy Open Source Club, that tries to make an inclusive space for people who are interested in computer science but have never taken a class in it before, as well as people who are super experienced. I'm also one of the computer science tutors (both Peer Learning and Scientific Scholars Achievement Program) on campus, so in general, I get to talk to a lot of Oxy's CS students. I love hearing about their experiences and seeing the look on their faces when they finally understand a concept. Computer science is a male-driven field, and Oxy's CS department and I are trying to close that gap and make everyone feel supported. One of my career goals is to eventually be an engineer manager, because they're passionate about both the projects and the engineers they manage. They have to know the value in the project and oversee it holistically. It'd also be great to provide diverse representation in tech—I never see Latinos in tech or as engineering managers, for that matter.

I strongly believe that STEM and the liberal arts shouldn't be separated. A lot of people think that if you want to be a software engineer in the tech world, you have to be super strong in all the technical classes. But one of the biggest things I've learned at internships is that a really valuable skill that people overlook is communication. Something as simple as writing out emails to managers or higher-ups … if you have an idea for a new feature on Facebook, you might have one chance to send it to a higher-level manager. And if you mess up? Well, you weren't as persuasive as you could have been in that email. If you're not able to articulate what you're working on to engineers on your team, do you really know what you're doing? [Valuing communication and writing skills] is just another side of computer science that people should start seeing more of, and at Oxy I'm preparing for it.

Hear about Stephanie's internship at NASA's Jet Propulsion Laboratory and learn more about the computer science major in Occidental magazine.