Oxy at the UN Newsletter No. 2: UNGA Edition | Occidental College

Oxy at the UN Newsletter No. 2: UNGA Edition 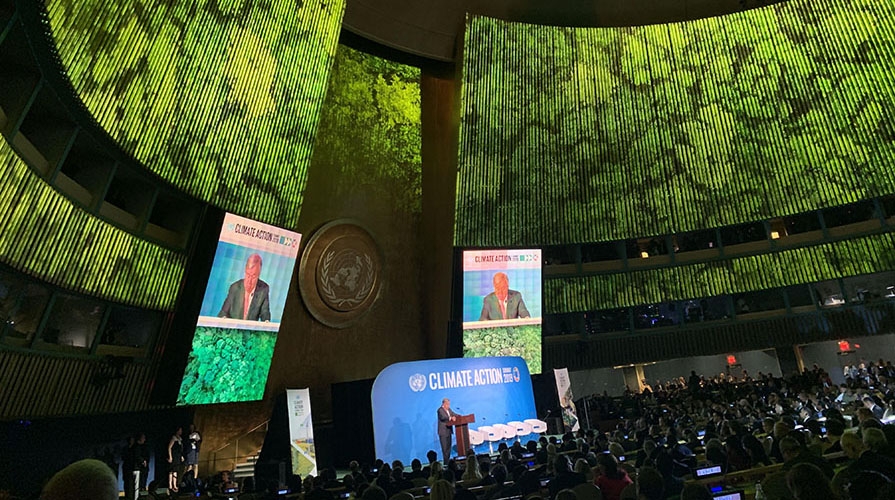 Over the past two weeks, the G-15 (the 15-student cohort in the 2019 Kahane UN Program) have been able to familiarize themselves with the city they now call home.

They have visited the Mets Citi Field Stadium to cheer on the New York Mets in its game against the Philadelphia Phillies and rode down the Hudson River on the Harbor Lights Cruise. 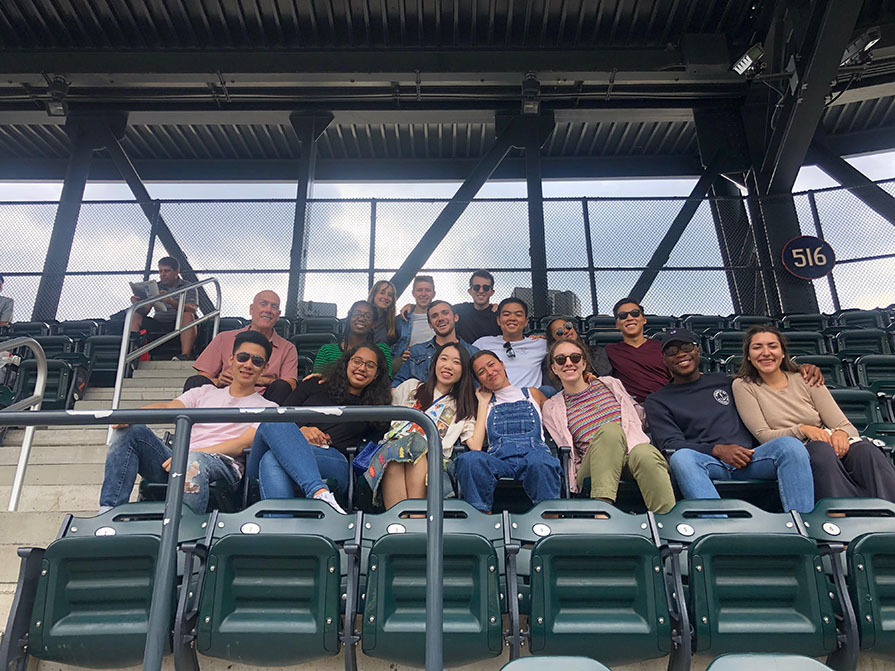 Rosemary Kalapurakal, Head of the Policy and Programme Branch at the United Nations Development Coordination Office, was our first guest speaker in our UN Experience class. Through her presentation, she demonstrated how huge an advocate she is for UN reform aimed at making the institution and its agencies more effective at working with states to achieve the Sustainable Development Goals within the remaining time frame to the 2030 target. In order to achieve this, there is a need for a “cultural shift” within the institution with efficient state, regional, and global mechanisms of operations; and efficient coordination between states, resident and regional coordinators, and the UN headquarters, she urged. This must be supplemented with a bit of an idealistic and energized attitude from UN staff and reform advocates, despite the institution’s possible low points of skepticism. Lastly, she made the point that people who represent the UN at the regional and state level in working to achieve the Sustainable Development Goals must believe in the SDGs themselves in order to make substantial progress. 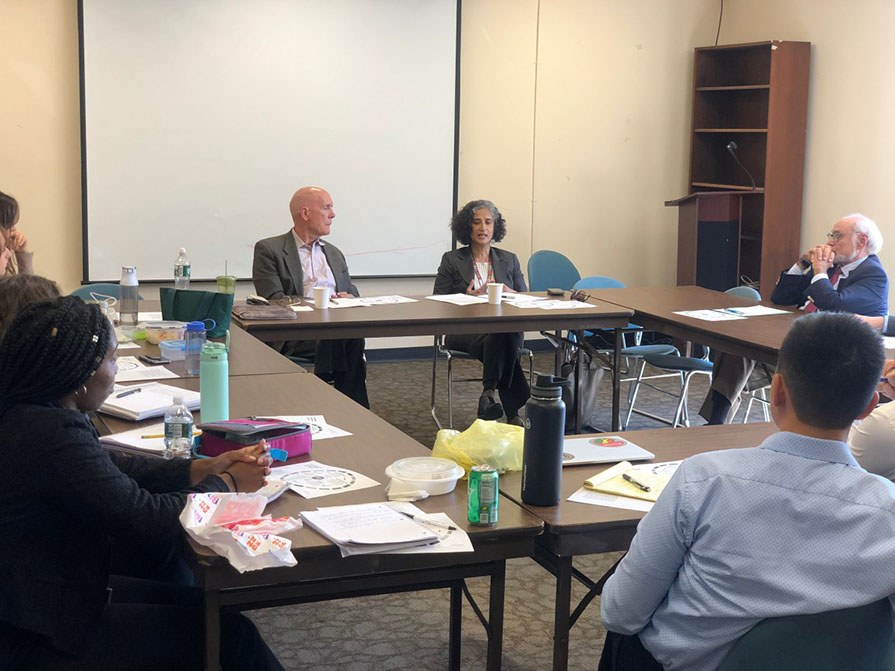 Every year, Kahane UN program cohorts work as consultants to clients within and outside the United Nations system in a task force. This year, the G-15 will be working for the UNICEF Policy Lab - the clients for this year’s task force - on the topic “Preparing young people for a Sustainable Future”. This task force is aimed at identifying how young people can acquire green skills for green jobs in a green economy, what these concepts mean to young people around the globe, and the digital tools and job matching platforms that are available or need to be developed for youth employment within the green economy. We had a fruitful inception meeting with our clients from UNICEF which enabled us to gain clear guidelines from the UNICEF team on their expectations from the taskforce. At the center of it all was their focus on the voices and input of young professionals, like us, in shaping what will become UNICEF policy in the future.

Selasie Amoani shares her take on the taskforce and her initial experience below.

“While your experience in the Human Development Task Force is unique to your research topic, there are many reasons why the Task Force is one of the most exciting parts of the UN program. This year, my Task Force group is researching the emerging role of online platforms in addressing the global youth unemployment crisis. Our work so far has consisted of meeting with UNICEF, delegating roles, outlining the paper, and beginning research (yay!). I have found that the independence and flexibility is my favorite part - and some of my colleagues would agree.

“What I am most excited about for this Task Force, is putting together a cohesive and well-researched body of work that could be used for UNICEF headquarters, regional country offices, policy advising, and provoking further research and publications. It’s also highly ironic that we are creating a research project on digital job-matching platforms while using job-matching platforms to find employment after graduation. One challenge that we have faced as a group so far has been trying to choose job-matching platforms that are both novel and useful for 18-24-year-olds. This challenge is compounded by our focus on traditional ideas of work and move away from spending too much time on platforms matching people to short-term gigs. We have come up with various ways to mitigate these challenges - like including a discussion of what is called the “gig economy,” rather than devoting all of our research to it. At the end of the day, my colleagues and I understand that this is a great opportunity to demonstrate our research, writing, designing, and presentation skills - and a chance to contribute original work to the UN.  This, again, shows how many different experiences are a part of the UN program, and how well-rounded we’ll be after we leave here.”

The much-anticipated United Nations General Assembly (UNGA) week – one of the major highlights of the program – took place within the week of September 23rd. Despite the politics and pump that this week is known for as world leaders converge in New York for diplomatic engagements and negotiations, students get hands-on experience in planning side event, shadowing government delegations and heads of agencies, and representing their agencies or missions in meetings. Moreover, it was no surprise for members of the G-15 to run into world leaders and UN agency heads while running errands in the UN headquarters. The G-15 also had the opportunity to hear world leaders and UN heads – including UN Secretary-General Antonio Guterres – speak at side events in the UN – one of the perks of the Kahane UN program. Below are documented experiences of members of the G-15:

“The experience of being an intern at a smaller country mission during UNGA week was both exhilarating and exhausting. During this past week, I’ve gotten a first-hand glimpse into just how much work goes into coordinating the activities of a delegation of sixty-five plus people throughout an action-packed week at the UN. While being an intern at the Mission of Guatemala does entail some higher stress situations, as there is a rather small team tasked with coordinating the entire week, it also means that I, as an intern, get an astonishing amount of access to some very high-level events. One of the highlights of this past week was hearing Greta Thunberg’s speech to the UN General Assembly live - her anger and sadness were palpable, and it feels as though I got to witness an important moment in history. Other highlights included sightings of various world leaders and important figures, including Angela Merkel and Bill Gates. However, more than anything else, it feels to me that this week has really made me an official member of the team. With so much coordination and work going into making everything go according to plan, success is everyone’s success, and every small win is celebrated. While I am exhausted, I’m so humbled to have been able to be a part of this experience with the members of the Guatemalan Mission, and I’m so proud of our collective work. Looking forward, I’m ready to start work on the third committee, which begins next week - of course, after we’ve all had some good rest!” 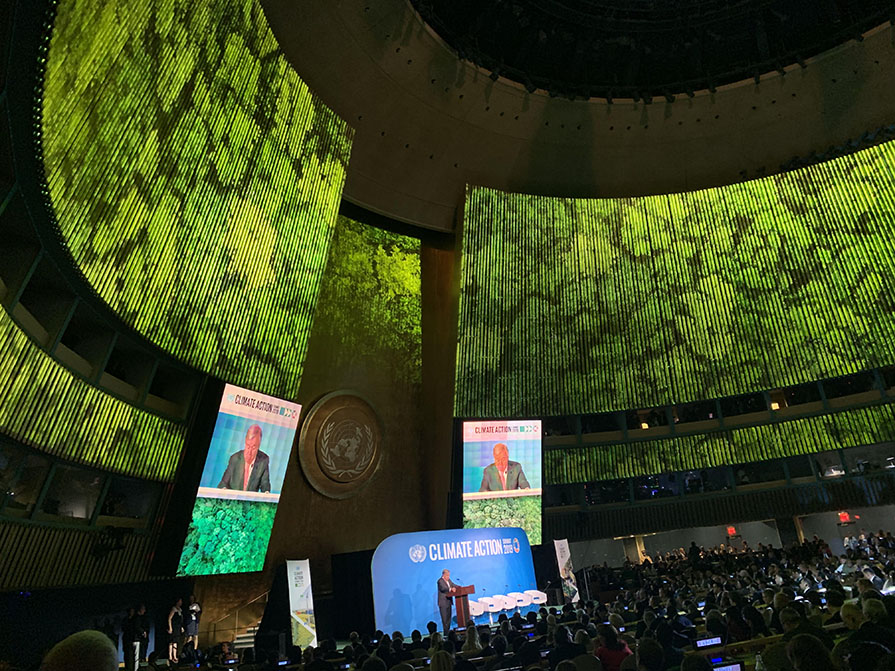 “In the weeks preceding UN General Assembly week, teams from London had descended on New York in order to help coordinate and run the various side events and bilateral meetings. During this week, world leaders gathered to give speeches and host events. On Monday, the other United Kingdom (UK) Mission interns and I helped with the events the UK co-hosted, including an event with the World Wildlife Fund on biodiversity and climate change. At that event, we were able to see Prime Minister Boris Johnson speak on the UK’s commitment to fighting climate change as well as preserving biodiversity before he introduced a video of David Attenborough delivering a call to action on the issue. Unexpectedly, the UK supreme court ruled that parliament had been unjustly suspended at the beginning of the week. With parliament reopening, the various ministers who were planning to attend various events throughout the week had to return to the United Kingdom on Tuesday night. For an event on media freedom that I was helping run, this change in plans meant that the Foreign Secretary would no longer be on our panel of speakers. Luckily, we were able to arrange for the UK’s Minister of State for the Commonwealth and the UN to attend the event. UN General Assembly Week taught me the practical effects of domestic uncertainty on diplomacy.” 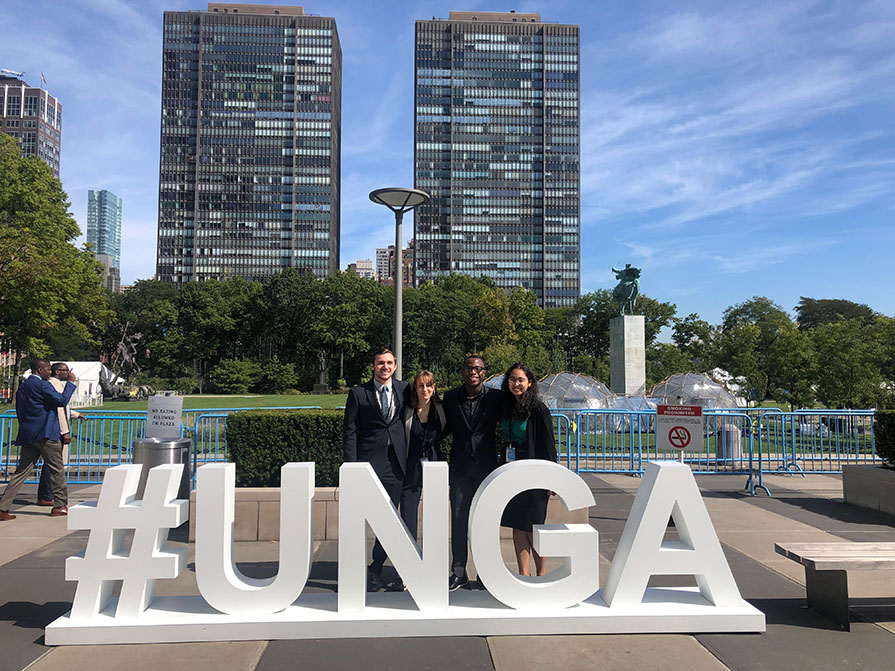