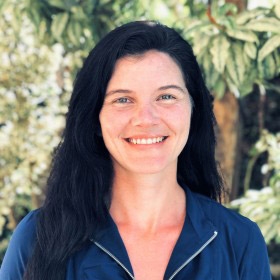 Areas of specialization: human relations with non-human animals and the environment; conversion, persecution, and syncretism in early modern empires; food and culture

Prof. Renton teaches courses in the Religious Studies and Cultural Studies Program at Occidental College. Topics include: Religion and Iberian Empires; Natural Disasters, Religion and Science in Early Modern Europe; Race and Species in the Atlantic World; and Food Revolutions.

Her research considers the intersection of animal and environmental issues in the context of early modern empire and colonization. In a book in progress, Empire of the Horse: Breed and Race in the Early Modern Spanish World, she recreates the multivalent role of the horse in the Spanish empire drawing on research conducted in archives in Spain, Mexico, and Peru. The dramatic introduction of the horse from the Iberian Peninsula to the American continents influenced notions integral to the formation and rule of empire: nobility, purity, race, and civilization. This research was funded primarily by the Social Science Research Council, and led her to cofound the Equine History Collective, an organization that supports study of the horse as a lens for trans-regional and interdisciplinary research.

A new research project, “The Dancing Earth: Social Trauma, Memory, and Science”, aims to interpret natural disasters and climate-related phenomena in the early modern world to understand how cultural and scientific perceptions of the environment change in the aftermath of natural disasters. In part, this topic emerged from experience working in disaster response and humanitarian aid, first on the ground in the aftermath of Hurricane Katrina, and later supporting emergency relief operations, domestically and internationally.

CSP 25 – Food Revolutions, from the Neolithic to the Green

CSP – Nature in the Atlantic World: Race, Breed and Species

2018 Digital edition of “To Love Beyond Death” by Calderón de la Barca with Comedia in Translation and Performance for Diversifying the Classics, UCLA Center for Digital Humanities (http://diversifyingtheclassics.humanities.ucla.edu/).

2016 Digital edition of “The Force of Habit” by Guillén Castro (1610) with Comedia in Translation and Performance for Diversifying the Classics, UCLA Center for Digital Humanities (http://diversifyingtheclassics.humanities.ucla.edu/).