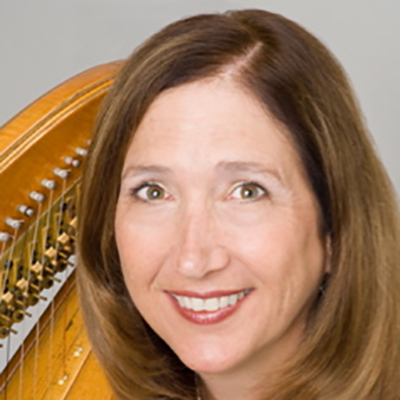 Amy Shulman, harpist, received her Bachelor’s and Master’s Degrees from the Juilliard School of Music. She has performed as a soloist in France, Canada and the USA including live television and radio broadcasts in Paris, New York and Los Angeles. She toured nationally on the Columbia Artists CAMI Recital Series for several seasons with violinist Peter Kent. Shulman has performed with several orchestral, chamber, opera and contemporary music groups including the Los Angeles Chamber Orchestra, Los Angeles Opera and the Los Angeles Master Chorale. Very active as a recording harpist in the Motion Picture, Television and Record Industries, she has appeared and recorded with numerous artists including Placido Domingo, Leontyne Price and Andrea Bocelli. She has been on the Applied Music faculty at Occidental College since 2003.