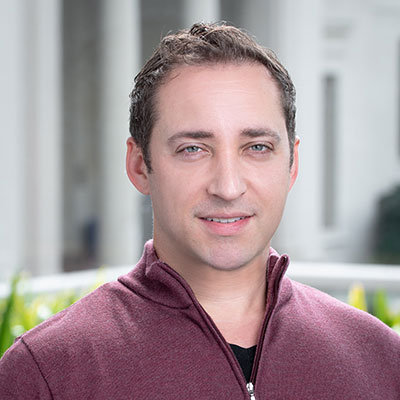 Despite being a recent addition to the Los Angeles area, Matt Weisberg is already a prominent figure in the widely varied music scene. Weisberg has made a name for himself as an award-winning and in-demand pianist/keyboardist, composer, educator, multi-instrumentalist session musician, and producer. As a performer, Matt has worked with some of the best and is totally at ease in any genre and setting. Weisberg is a first-call session musician, his playing finding it's way into everything from major theatre productions and Sketchers TV commercials to major label EP's. Weisberg has worked with everyone from Latin pop star Estafano, REO Speedwagon, Engelbert Humperdinck, various American Idol stars, Matthew Morrison of “Glee", all of the finalists from “The Voice" of 2012, to a myriad of notable jazz all-stars, including Ira Sullivan, Clare Fischer, Brian Lynch, Bill Watrous, Eric Marienthal, Pete Christlieb, Ramon Banda, John Heard, and Katisse Buckingham, just to name a few. His compositions can be heard in a multitude of media platforms, from movies on The Lifetime Network to television shows such as “Bones" and “Millionaire Matchmaker". As a composer and producer, his music has found it's way into the commercial settings of movie trailers, tv shows, and radio spots. Most recently, he has been producing music for MTV's, "10 on top", and feature films like Big Momma's House III and the Hallmark Channel's, The Town Christmas Forgot.

Weisberg enjoys sharing his diverse knowledge and currently coaches the jazz combos at Harvard Westlake School, is a regular at LAMA and Occidental College, and teaches music out of his home studio in the Hollywood Hills equipped with a myriad of Nord Keyboards (naturally) and a Yamaha C1 grand piano; ready for recording sessions at a moment’s notice.