Kate Grossmann studied abroad in Hungary through the uniquely rigorous Budapest Semester in Mathematics program, which introduced her to a new culture and showed her what it means to seriously pursue math. 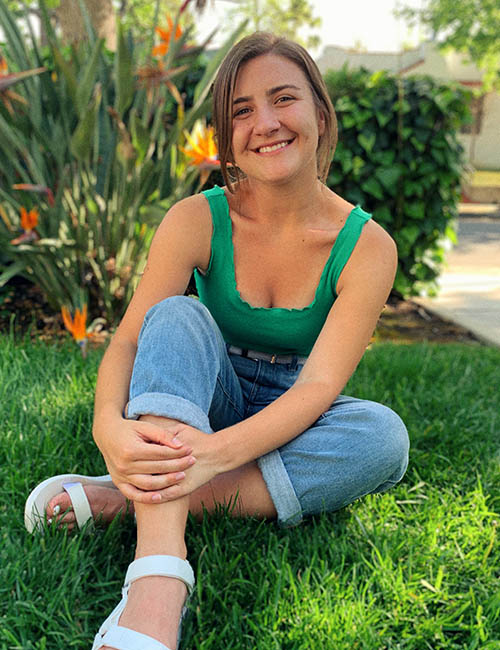 In the fall of my junior year at Oxy, I participated in the Budapest Semesters in Mathematics (BSM) study abroad program. I spent four months living in an apartment on the Pest side of the capital city, buying my groceries with forints and studying graph theory, algebra, problem solving, and the Hungarian language.

BSM offers a range of both pure and applied mathematics courses as well as research opportunities and non-math electives in music, culture, philosophy and language. I was given the freedom to choose the substance and weight of my course load and to challenge myself at my own level.

My professors were chosen from a nearby research university and could speak much more eloquently in their second or third language than I can in my first. The program was very rigorous academically, and although I had less free time to travel or see the sights than most Oxy students in other countries, I cannot overstate how much the experience pushed me to grow as both a student and a person.

To enroll in BSM is to choose to spend a significant amount of time devoted to math and only math, and that inherent affinity prompted many rich and inspiring friendships.

Hungary is a nation of kind, tough people with an increasingly concentrated government and nearly no independent news networks. I was introduced to the country precisely as it undergoes great and troubling political change, and watching that change unfold gave me a newfound appreciation for our history and even our current political climate in the U.S.

Within this greater cultural environment, I also got to live in an immersive mathematical community for the first time in my life. To enroll in BSM is to choose to spend a significant amount of time devoted to math and only math, and that inherent affinity prompted many rich and inspiring friendships. I met some of the brightest and kindest people I've ever known. They pushed me to be better, showed me what a love for math really looks like and even taught me to actually enjoy collaborative work.

While it's (rightly) cliché to say that my study abroad experience changed me, I can assert without hesitation that my time at BSM will inform my eventual career and the remainder of my educational journey. I went in wondering whether I could find fulfillment in math, and I left very certain that I can.