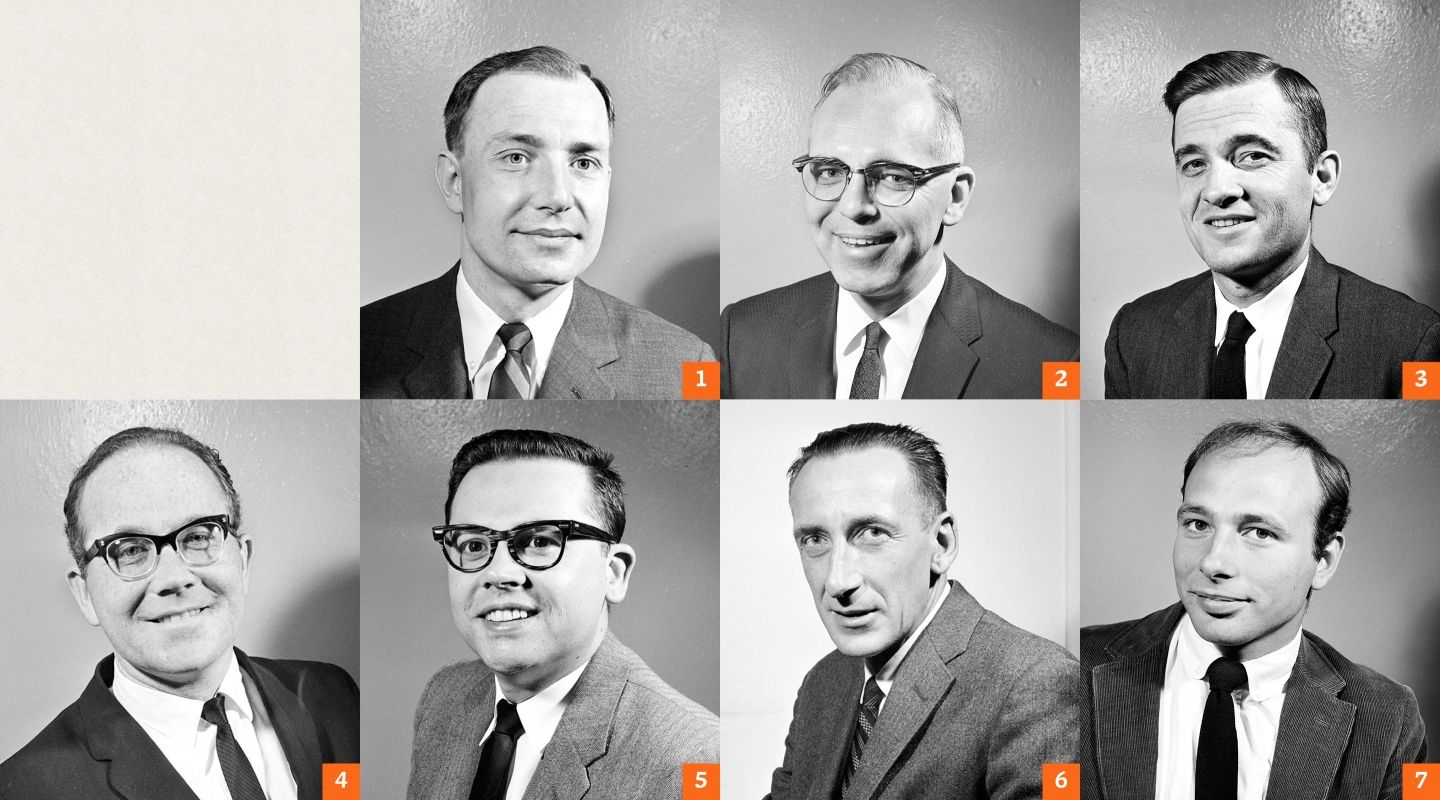 “Where Were You in ’62?” (Summer), along with the obituary for Stuart Elliott, certainly brought back memories. In 1962, I was still in high school beginning to consider where to go to college. With its strong physics and math departments, Oxy stood out among liberal arts colleges. The three-quarter Introduction to Physics sequence with Drs. Hudson, Elliott, and Sanders was the most challenging and interesting set of classes I had seen to that point. I recall all three gentlemen as outstanding and accessible teachers. Dr. Segall was more intimidating, and I admit that his class on Electromagnetic Field Theory (though not the instructor) was the one that convinced me to switch my major to math. Dr. Mabel Barnes became my adviser and always impressed me with her kindness. Her Probability Theory class was probably at the graduate level, but it was most valuable during my later education. I didn’t know at that time how ground-breaking her career was. Finally, I took Comparative Religions from Dr. Josselyn as an elective in my senior year. It was eye-opening and certainly formative in my belief that no one religion is the “right” one.

I enjoyed finding familiar faces of people I admired in “Where Were You in ’62?” Among my heroes from those days, Dr. Mabel Barnes was a standout, and I thought that the photo captured her personality: strong, keen, and gentle. I sketched her profile one day in class and though no doubt there are better portraits, I’ve sometimes wished that I’d given it to her.

As an Oxy freshman in the fall of 1962, I remember well many of the faculty and staff featured in the remarkable photographic archive (“Where Were You in ’62?”) that you showcased in the Summer issue.

Among the seven photos on page 29 in need of identification, the person on the top row left is almost certainly Joseph Zacek (No. 1, above), assistant professor of history. He, too, arrived at Oxy in the fall of 1962; I remember him as the leader of my first ­semester History of Civ discussion group.

On page 30, among those identified, I can say with certainty that the person you show as Chaplain John Smylie is not him. On page 10 of the 1964 La Encina, you will find a photo of the real Dr. Smylie. He was a warm and inspiring friend to many of us who were also new to Oxy in 1962.

The person in the middle of the top row of your unidentified set of photos is James McKelvy (No. 2). The blurb on the back of the 1963 Glee Clubs album says: “The 1963 Glee Clubs are under the direction of Dr. James McKelvy while the permanent conductor, Dr. Howard Swan, chairman of the Music Department, is on a Ford Foundation research project. Dr. McKelvy is president of the California Choral Conductors Guild, conductor of the Sacramento Concert Choir, and formerly conducted the Chapman College Madrigal Singers. Next year he will be conducting the Glee Clubs and Madrigal Singers of the University of California at Berkeley.”

The person in the top right corner is James Ferguson ’50 M’54 Ph.D.’63 (No. 3), an instructor in English and comparative literature. One of his colleagues gave him high praise, saying, “Jimmy can form entire polished paragraphs in his head, then set them down on paper,” or words to that effect—whereas the rest of us, students and faculty alike, drafted, edited, scratched out, tore it up, and started over.

The portrait on the bottom row, second from the right, is of my father, Joseph Stenek (No. 6). He was hired while a patient at the V.A. hospital in Sylmar as what we today would call a grant writer, and let go shortly afterward due to his alcoholism.

I’m pretty sure the fellow in the bottom row, far right, taught Russian at Oxy. I don’t remember his name.

Thanks also to Cathy Maynard West ’66, who identified Robert Knox (No. 5), assistant professor of psychology; and Eli Chartkoff, Oxy’s digitization specialist, who suggests that No. 4 may be John Pearce, assistant professor of English and comparative literature; and No. 7 may be Lawrence Arnold, instructor in mathematics. Any more guesses? 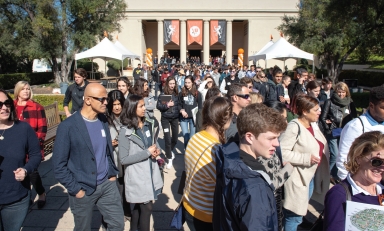