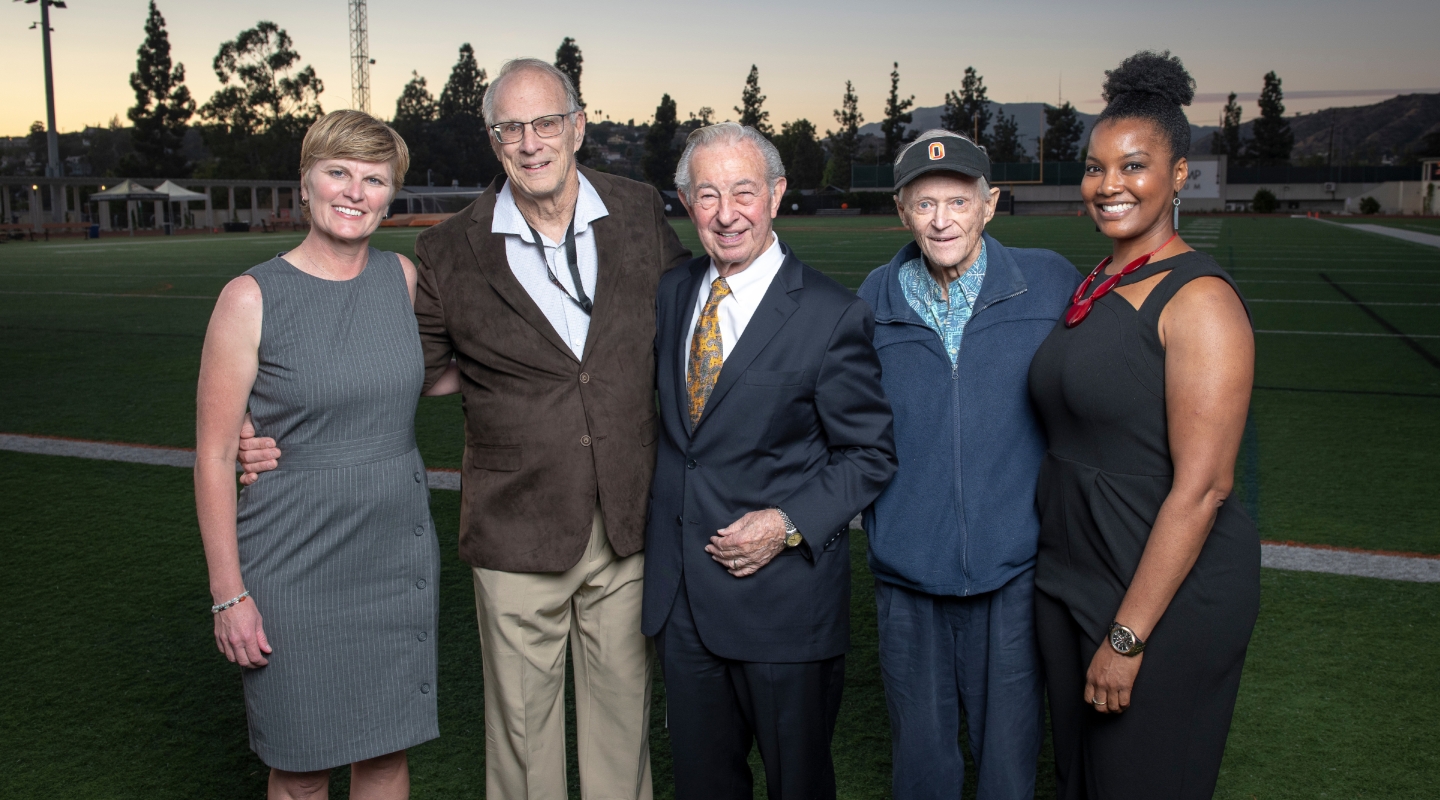 A dominating baseball team, an international volleyball star, an Olympic hurdler, a PGA tour champion, and an All-American water polo goalie were inducted into the Occidental Athletics Hall of Fame during a reception and ceremony on October 18 as part of Family & Homecoming Weekend.

“This year’s inductees are as impressive a group as any in previous years—and that’s saying a lot, given Oxy’s long and storied tradition,” said Shanda Ness, Occidental’s athletic director, in announcing the 2019 class. In the spirit of the ceremony, let’s honor them in the order of their induction. 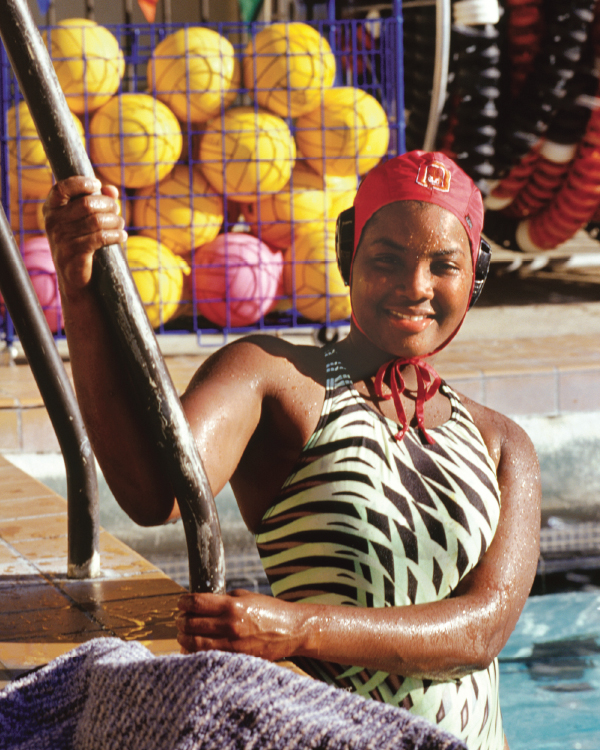 Goalie Jackie Provost ’02 was the first woman in Oxy history to be named to the first-team All-American and All-SCIAC water polo squads for four consecutive years. With Provost and her intimidating glare in goal, the Tigers went to the Collegiate III national championships three times, winning it all in 2000. Provost was named tournament MVP in 2000 and 2002 and Division III National Player of the Year in 2000.

“Jackie was the heart of our team. She was its engine, its visionary, and its largest cheerleader,” said teammate Kim Foulds ’02, who met Provost as a high school senior at the Olympic Training Center in Colorado Springs, Colo. “Even if you hated going up against her, it wasn’t lost on opponents how special Jackie’s talent was.”

A kinesiology major from Oakland, Provost thanked her mother for her sacrifice and vision, and added, “I’m here on this stage today because of our dear late Coach Fos”—Dennis Fosdick, who with Oxy made eight straight trips to the Division III nationals.

Over the years, Provost has witnessed firsthand the growth of women’s water polo across the country. “Just to see how the sport took off, how women excelled and continue to dominate on the national level and the Olympic level, it is incredible what we’re able to accomplish,” she said. 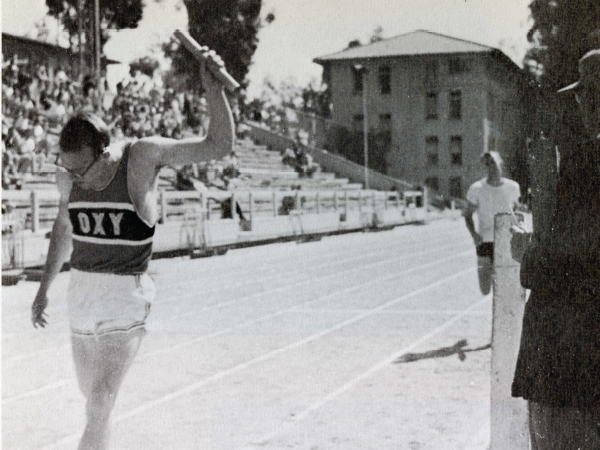 When Ron Whitney ’64 got to Oxy and was told to memorize “Io Triumphe,” he thought it was a freshman prank: “I come from Modesto,” recalled Whitney, who was the first in his family to graduate from high school. “I didn’t just fall off the turnip truck.”

Whitney was a standout half-miler at Thomas Downey High School in Modesto. Working with Occidental Coach Jim Bush, he changed his focus to the 400-meter hurdles and was runner-up at the NCAA Championships in 1963. Four years later, Whitney was ranked No. 1 in the world and won the USA Outdoor Track and Field Championships in 1967 and 1968.

Whitney arrived at the 1968 Summer Olympics in Mexico City as a favorite to win the gold in the 400-meter hurdles. But the new all-weather tracks there took some getting used to, and he finished sixth.

“Coming to Occidental with very little prior formal education, I attended every class and did every homework assignment,” said Whitney, who was headmaster of the Heritage School in Calistoga for 24 years. At the time, he admitted, “I hated History of Civilization. And I will say that in the last 50 years I’ve never made it through a week without reflecting on what I learned in History of Civilization.” 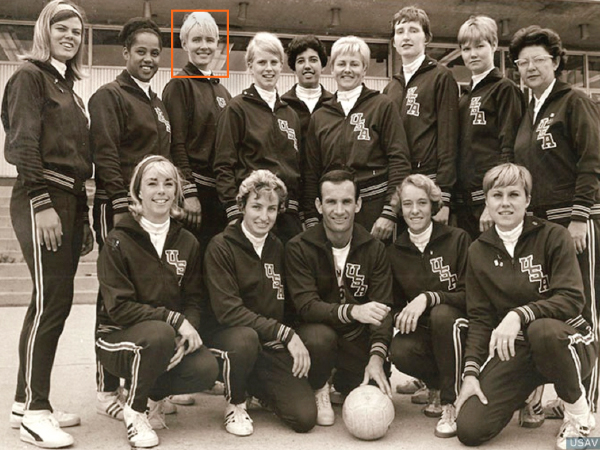 Ninja Jorgensen ’61 developed a passion for volleyball as a student at Oxy. As a middle blocker, she competed on the U.S. Women’s National Team from 1965 to 1973 and the U.S. Women’s Olympic Team in 1968. In 1967, Jorgensen earned a gold medal at the Pan American Games and a silver medal at the World Championship in Tokyo. In six seasons with the Long Beach Shamrocks, she won four straight national USA Volleyball championships starting in 1967.

For all her success as a volleyball player, Jorgensen’s greatest legacy may be the work that she and her colleagues did at Glendale High School, “where they had teams and went to tournaments and taught people how to referee 10 years before Title IX,” said Linda Murphy, her former Shamrocks and U.S. Women’s National teammate.

Accepting the honor for Jorgensen, who died in 2017, was longtime friend and tennis partner Dorothy Meyer ’56. “Ninja had a heck of a drop shot and was a fabulous tennis player, but she couldn’t do lobs,” Meyer said. 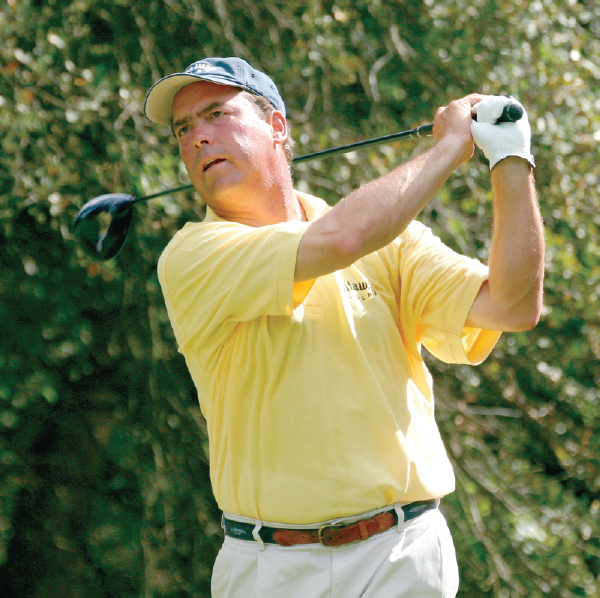 Olin Browne ’81 is one of only five professional golfers to notch career wins on the PGA’s developmental tour, the PGA Tour, and the PGA Champions circuit. He began his pro golfing career in 1984 and is a three-time PGA Tour champion, winning in 1998, 1999, and 2005. In 2009, Browne played in his first Champions Tour and took home a victory two years later at the U.S. Senior Open.

In prerecorded remarks, Browne thanked his wife, Pam (Harder) ’81; his Oxy golf coach, Bill McKinley; and his teammates “who were part of this four-year run. This game just grabbed me by the throat,” said Browne, who first picked up a golf club at age 19. “It’s been 40 years now and it happened in a blink.”

Batting cleanup, Via congratulated the selection committee for tackling the “impossible task to take 130 years of Oxy athletics, over 1,000 different sports teams, and over 10,000 athletes, and you picked four tonight and a team. Now, that’s tough to do.” 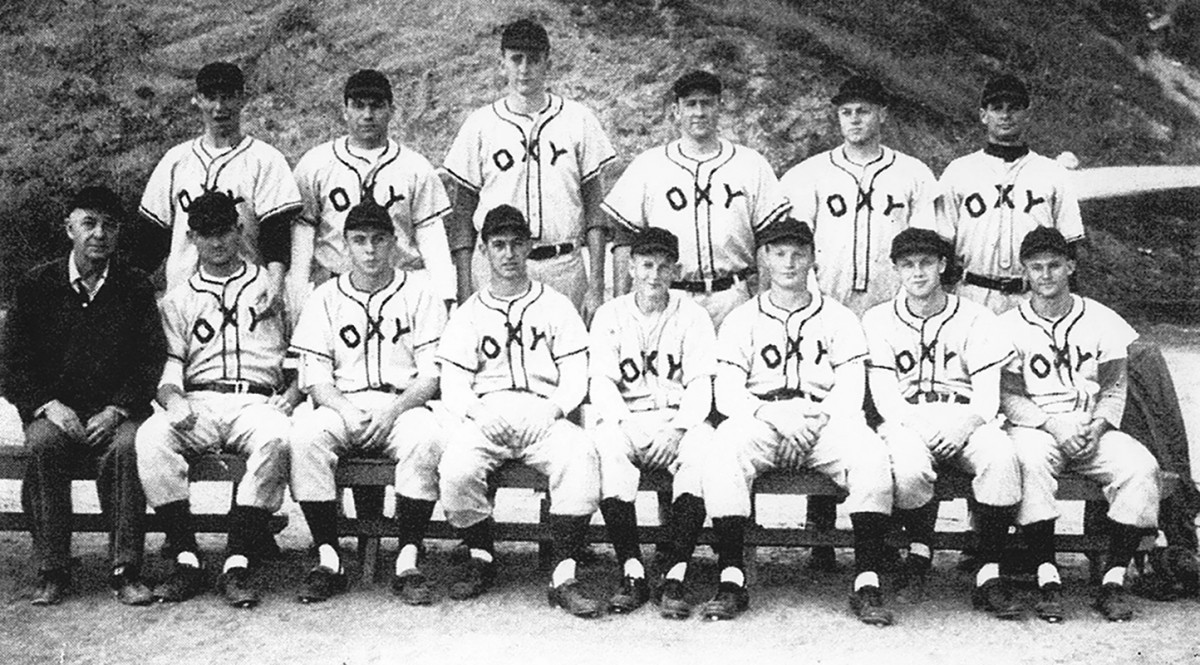 Fall 2019From the QuadAthleticsOxy History