From 'Hairspray' to 'Hamilton' | Occidental College 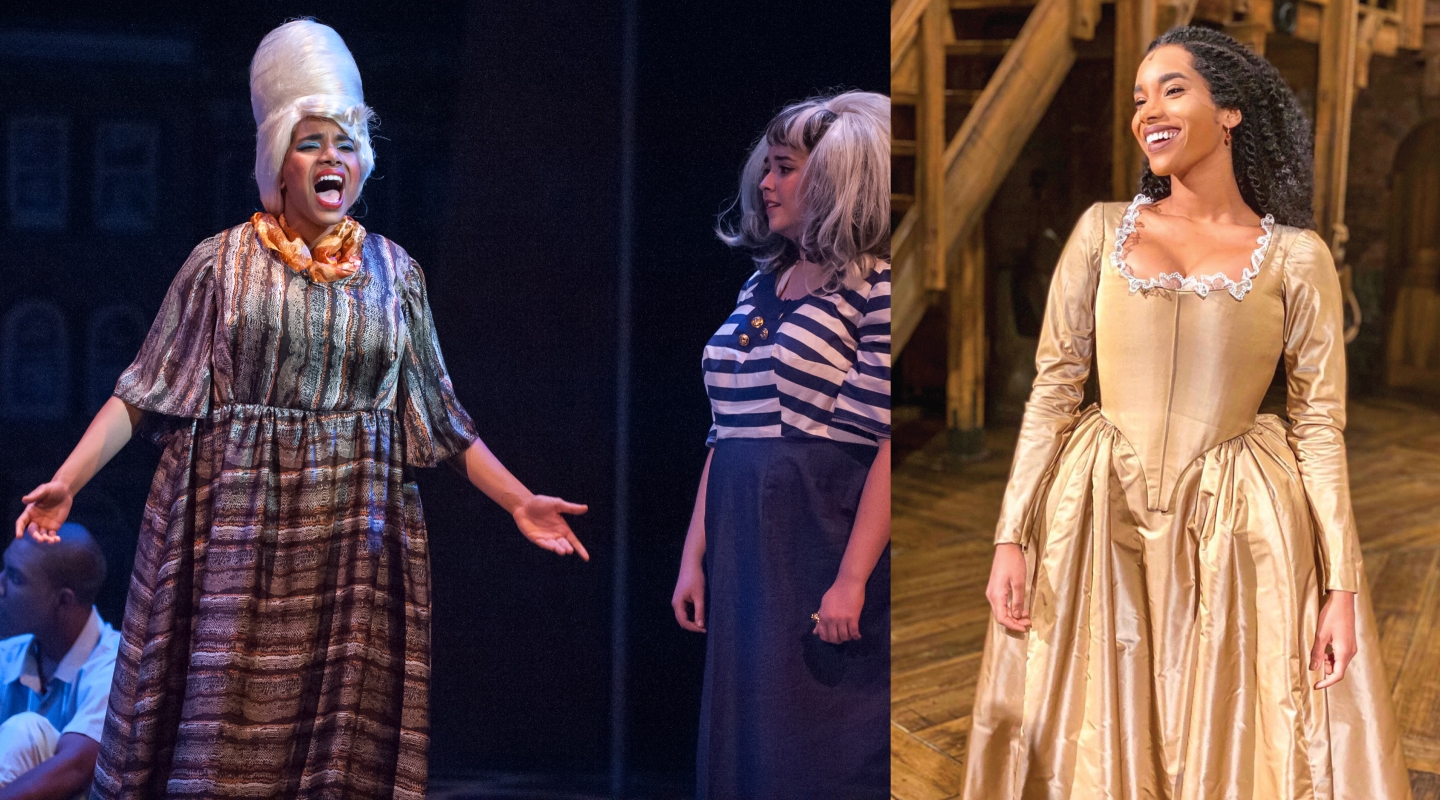 From 'Hairspray' to 'Hamilton'

Growing up singing in her church choir, Lencia Kebede ’16 juggled sports and homework along with choir rehearsal, often pushing the latter aside. But as her talent began to earn her solos and leading roles, she realized, “Hey, I’m actually pretty good at this, and I’m able to make people really happy through these shows,” she recalls.

Thousands of happy faces later, Kebede is touring the country playing her dream roles from some of Broadway’s biggest shows. In April 2018, she landed the part of Joanne Jefferson in a 20th-anniversary revival of Rent, Jonathan Larson’s Pulitzer Prize- and Tony Award-winning musical. And since last September, she’s been an ensemble member in her biggest production to date: Hamilton, with upcoming stops tentatively scheduled in Atlanta (March 31 to May 3), and St. Louis (May 5 to June 7).

Lin-Manuel Miranda’s Tony-, Grammy-, and Pulitzer Prize-winning portrayal of founding father Alexander Hamilton “is a giant piece of symbolism,” Kebede explains. “Having a greater historical and sociological context enhances my ability to play these characters. I understand where they come from.”

As the understudy for Angelica, Peggy, and Eliza, Kebede has had to learn three parts on top of the ensemble choreography and singing. For this massive undertaking, Kebede still relies on lessons learned at Oxy. “Professor Desiree LaVertu [the College’s director of choral and vocal activities] has enhanced me as a technical singer tenfold, and to this day I use things I’ve learned from her in my Hamilton rehearsals all the time.”

Kebede jumped into the theater scene as a first-year, performing the role of Motormouth Maybelle in Hairspray in April 2013. “The heartfelt singing by Kebede echoed through a silenced theater that was hanging on her every word,” Juliet Suess ’14 wrote in The Occidental.

In choosing Oxy, “I wanted to go to a small liberal arts school, and was pretty sure I didn’t want to major in theater or music,” says Kebede, who double-majored in diplomacy and world affairs and politics. “I wanted to be involved in those arenas but was also interested in politics and international relations.”

Long fascinated by the legal and political sphere, Kebede participated in Oxy’s Kahane U.N. Program. She spent 10 weeks interning for the Guatemalan mission at the United Nations headquarters in New York City, working alongside diplomats and high-profile individuals whose work she had studied in class. She also spent a summer in the Los Angeles mayor’s office through the Hameetman Career Center’s InternLA program, an experience that became a job opportunity after Oxy.

With her graduation approaching, Kebede looked back on her time at Oxy and pinpointed her happiest moments: singing in the Glee Club and working in the theater and music departments. “If I didn’t pursue theater to see how far I could go with it, I would be disappointed,” she says. “The mayor’s office was wonderfully flexible in my ability to in short notice leave for auditions.”

Following successful roles in community theater, Kebede booked a professional job, qualifying her for the Actors’ Equity Association and opening more doors. When a foray into international waters at Tokyo Disney came up, Kebede immersed herself in the performance lifestyle, singing in six shows a day and learning how to maintain her vocal and mental health.

After seven months in Japan, Kebede returned to the States, landing the lead in an East Coast production of Sister Act (with a book by Emmy winner Cheri Steinkellner ’77). From there, “I was blessed to sing backup for Beyoncé’s Coachella rehearsals,” she says, in advance of the singer’s acclaimed 2018 concerts. “It was a very different space than the theater environment. Getting to see in juxtaposition the two experiences helped me grow more as a performer and as a person.”

With a series of successes in the rearview mirror, Kebede’s shooting star is not done rising. “Elphaba in Wicked is a dream role,” she says. “Joanne in Rent was as well, and Angelica and Eliza definitely. I’m living the dream.”