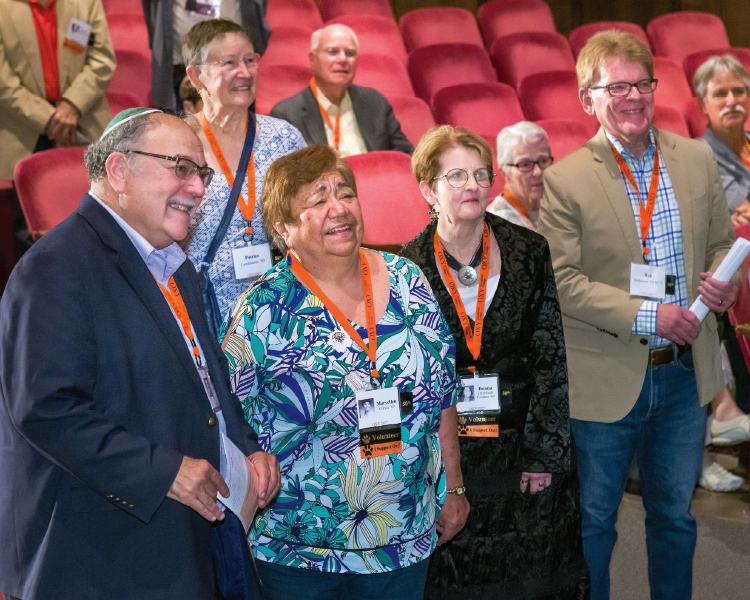 In the 65 years since the founding of the Fifty Year Club at Occidental, thousands of alumni have been admitted to its ranks—and the members of the Class of ’69 proved to be no exception. But this is a class that has been known to shake things up a bit, as three of its alumni reminded us in the reading of its class history at Thorne Hall on June 23. Here are some of the highlights, edited for length, in their own words.

MaryEllen Garcia: We were early members of the Baby Boom generation, born in the years after World War II. … Even as veterans reclaimed their old jobs, old social norms had shifted. There was pressure on the usual hierarchies of class, gender, and economic status. More families now were middle class, and they and their children now sought an education. Women and people of color had come into the mainstream workforce, and would continue to make strides, although cultural barriers persisted.

Our youthful years were a time of prosperity and opportunity but also uncertainty. More to the point, the placid, unquestioning ’50s served to lay the groundwork for the revolutionary ’60s. We could not have chosen a more difficult period for our college years. Our experience was marked by riots, assassinations, and the war in Vietnam. Any hope of an idyllic campus experience devoted to learning and self discovery was constrained by national and world events that lay far beyond our control.

Rob Hartmann: In 1965 alone, President Johnson dramatically escalated the war by sending 18,000 troops to Vietnam. Malcolm X was assassinated, and The Autobiography of Malcolm X became required reading. Martin Luther King led the civil rights march on Selma, Ala., and images of police brutality were forever etched in our young minds.

And as if that weren’t enough, our class saw a major transition for the College with the arrival of a new president, Dr. Richard Gilman from Carleton College. In his first address he welcomed us to Carleton College—an unintentional slip that he immediately apologized for.

Our sophomore year saw the creation of the Black Panthers and an ever-growing call for “Black Power” for black people. Our junior year was punctuated by the assassination of Martin Luther King in April and by Bobby Kennedy in June. It was an alarming night for those who believed in democracy and freedom of speech.

The Selective Service held its first draft lottery in December of our senior year and many of us considered it a lottery for our lives. Some of us considered moving to Canada to avoid serving in what we considered an immoral war. But it was far more difficult to stay in our classes on the path toward our bachelor’s degrees. 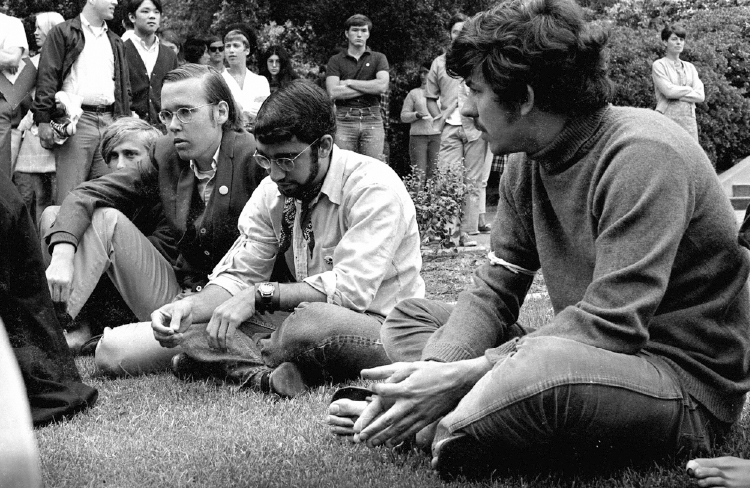 Donna Fontana: While real war raged in Vietnam and influenced our campus life, we were more directly affected by student protests and demonstrations that often took over life in the Quad. Student sit-ins in the administration offices protested everything from the war in Vietnam to Dow Chemical recruitment on campus and more.

We were lucky to learn from the very best professors at the top of our fields. Unquestionably, the liberal arts education that we attained at Oxy has served us in good stead on our varied paths through life.

We hope you will find us a valued addition to the club. But be forewarned: You may find us to be a disruptive factor. One of our defining characteristics as a class is that we challenge the status quo, but rest assured that we do it to make things better. To repeat a call to action from the ’60s that in many ways defines our generation: If you’re not part of the solution, you are part of the problem. Let’s all continue to work toward solutions. 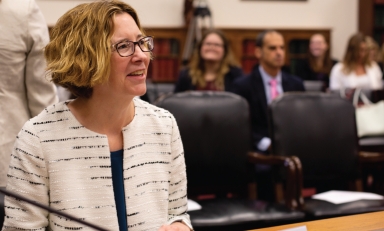 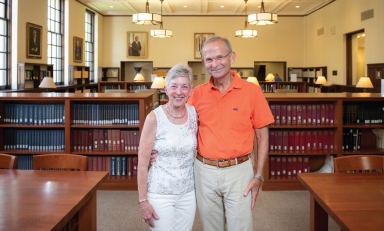 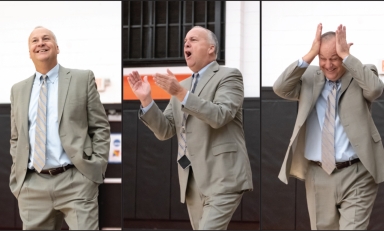