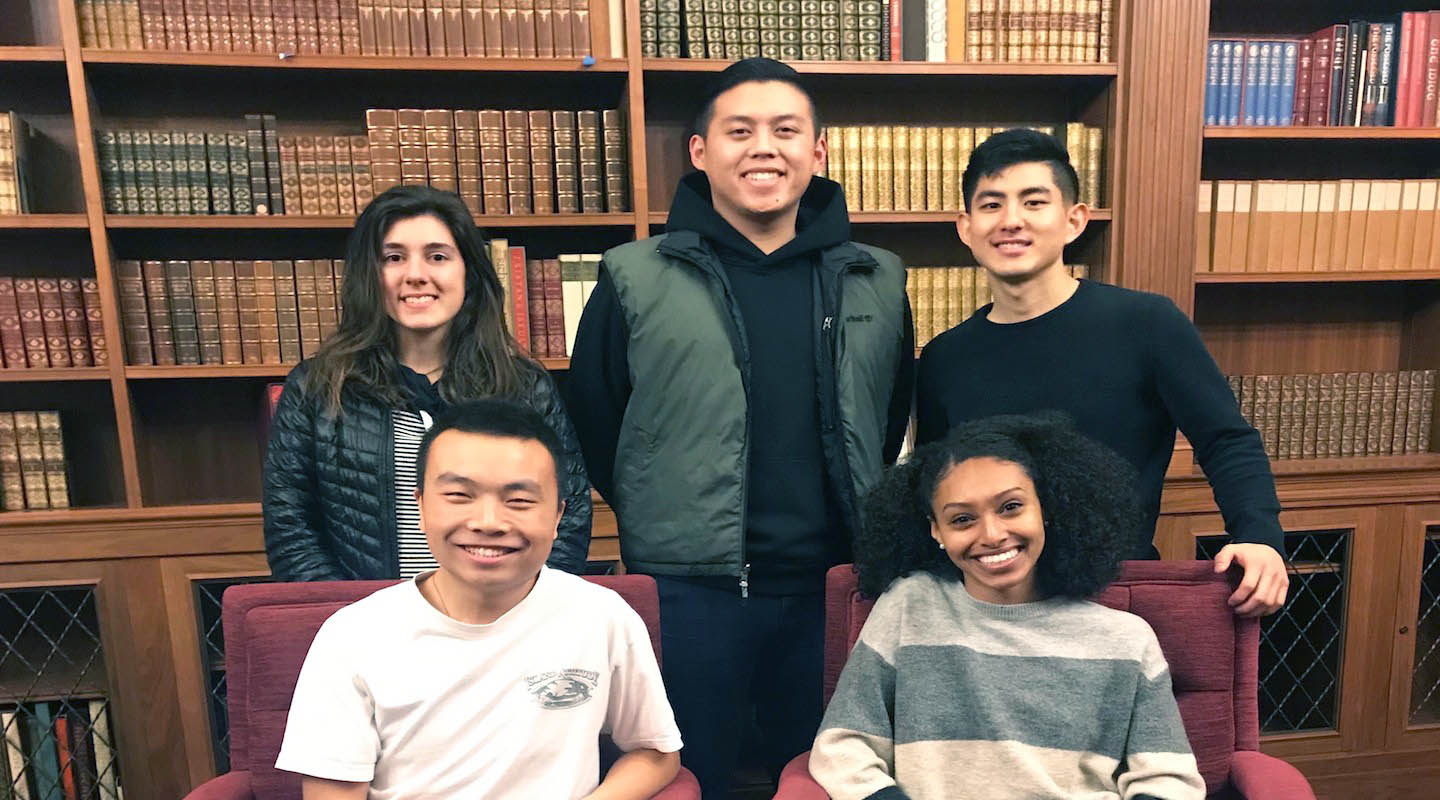 Five Occidental College students collaborating with faculty in the fields of biochemistry, chemistry, physics, geology and kinesiology have been named 2019-20 Science Scholars and presented with research grants funded by the Kenneth T. and Eileen L. Norris and Fletcher Jones foundations.

“We had a very strong applicant pool this year and were fortunate that we had funding to support five awardees, beyond our usual four,” says Janet Morris, director of Occidental’s Undergraduate Research Center. Outstanding students in the fields of biochemistry, biology, chemistry, cognitive science, computer science, geology, kinesiology, physics and psychology (neuroscience emphasis) are eligible to apply for the annual award.

Jan, a biochemistry major and physics minor from Milpitas, is working with Joseph Schulz, associate professor of biology. His project is entitled "The Cone Snail Strikes Back: A Kinematic Study of an Ultrafast Prey Capture," what Schulz stated in his recommendation is a "completely novel area of research." He has already collaborated with Schulz on a journal manuscript (currently under review).

Kwan, a double major in physics and music from San Francisco, is working with Janet Scheel, associate professor of physics and department chair. His project is entitled "Energy spectra of turbulent Rayleigh-Bénard convection." Kwan is also a National Science Foundation COSMOS scholar and serves as an Academic Mastery Program coordinator at Occidental.

Daniel, the first kinesiology major to be selected as a science scholar, is working with Marci Raney ‘01, associate professor of kinesiology. Daniel’s project is entitled "Effects of Playground Greenspace on Health-Related Outcomes among Urban Schoolchildren: A Longitudinal Study." Daniel, from Annville, Penn., will be conducting her research at nearby Buchanan Elementary School in Highland Park. Last summer she conducted research on access to Medicaid dental benefits in Los Angeles County.

Kawada, a chemistry and philosophy double major from Musashino, Japan, is working with Jeff Cannon, assistant professor of chemistry. His project is entitled "Radical Addition of 1, 3-Dicarbonyls to Olefins via Photoredox Catalysis." When not researching, he is an Academic Mastery Program coordinator and a general and organic chemistry tutor and lab TA.

Pedrick, a geology major who attended high school in North Carolina, is working with Professor of Geology Margi Rusmore. Her project is entitled "Bracketing Extension of the Pioneer Metamorphic Core Complex." She will be doing fieldwork in south-central Idaho for this project and will return to campus for lab analysis. Last summer she worked as field assistant for Jim Vogl, senior lecturer in geological sciences at the University of Florida, and will continue her collaboration with him this year.