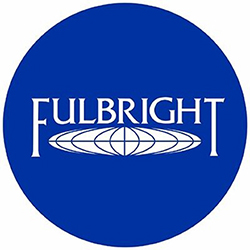 Nine Occidental College students and alumni have been awarded prestigious Fulbright scholarships to teach and study abroad in nine countries on four continents during the 2018-19 academic year.

This year’s group (all six student winners are women) are among 108 Occidental students and alumni who have won Fulbrights since 2003. That success makes Occidental one of the country's top producers of student Fulbright Awards, according to the Chronicle of Higher Education.

The nine students and alumni and their assignments are:

"I never thought of a Fulbright scholarship as something within my reach, so I am very humbled that I was chosen for this opportunity," said Fitzgerald, who studied abroad in the Netherlands during her junior year. "Studying in the Netherlands helped me realize that the way things are in the U.S. is not innate and that there are other ways of doing things. I look forward to seeing new perspectives and further challenging understandings I hold about the world by returning and living in Amsterdam for the next year."

"I feel really relieved and happy about my selection," said Cenzatti, who studied abroad in Taiwan during her junior year and "loved my experience. I am really excited to go back and be able to continue exploring the country." After completing her Fulbright, she said she would like to enroll in the International Chinese Language Program at National Taiwan University to continue learning Chinese, with the ultimate goal of becoming a language teacher.

"I feel very appreciative to be a Fulbright scholar," Jimenez said. "I have a personal relationship with Mexico, since both of my parents immigrated from there to California over 25 years ago. For me, this opportunity serves to not just gain experience working in education abroad, but as a way for me to return back to my roots and be among my culture and my community. I hope that I can contribute positively to the experiences of my group of students and to the surrounding school community."

Founded in 1887, Occidental is one of the oldest liberal arts colleges on the West Coast. Since winning its first Rhodes Scholarship in 1907, the College has consistently won national and international recognition for academic achievement and its global orientation. Scores of Occidental alumni are currently serving in the Foreign Service, with international NGOs and as international entrepreneurs.