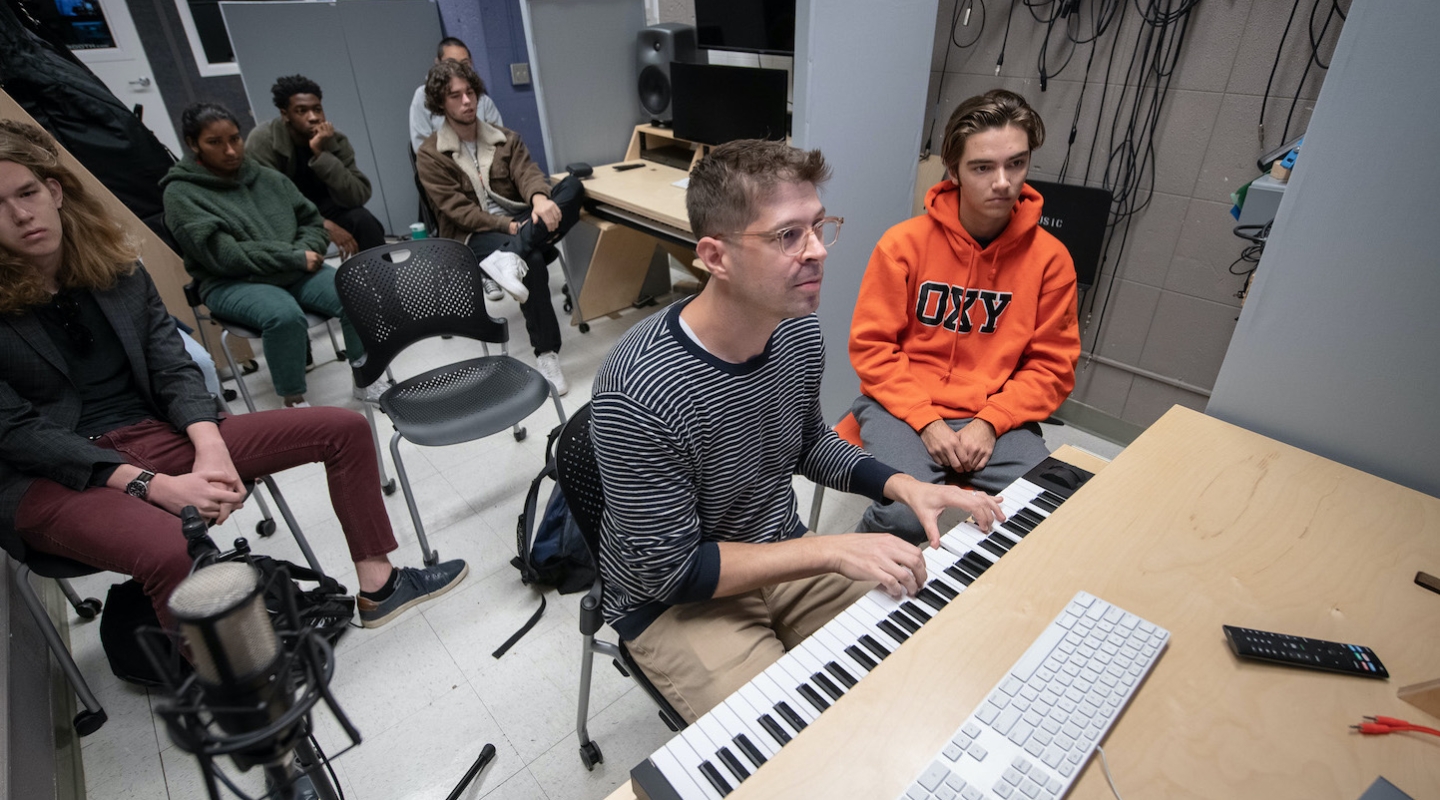 For the second consecutive year, Occidental College’s Music Department has been named as one of the country’s top music business programs by Billboard magazine.

Occidental is one of 26 schools—and one of only two liberal arts colleges—listed in Billboard’s annual alphabetical accounting of top music programs that includes USC, UCLA and NYU. “It’s worth noting that among the highest-achieving young executives in the music business, as profiled in Billboard’s 2019 ‘40 Under 40’ feature, nearly 40% said they were graduates of a liberal arts program,” the magazine says in its April 27 edition.

"We are delighted that Billboard has once again recognized that the strength and distinctiveness of our music program flow from our dual commitment to the liberal arts and to our Los Angeles location," says David Kasunic, associate professor of music and department chair.

“A liberal arts college in one of the world’s music business capitals, Occidental’s robust music department has added the new Choi Family Music Production Center, housing a recording studio, control room and music production/film scoring computer lab,” Billboard reports. “The space was designed by Peter Grueneisen of nonzero\architecture, known for his work for Sony Music, DreamWorks and Hans Zimmer, among others.”