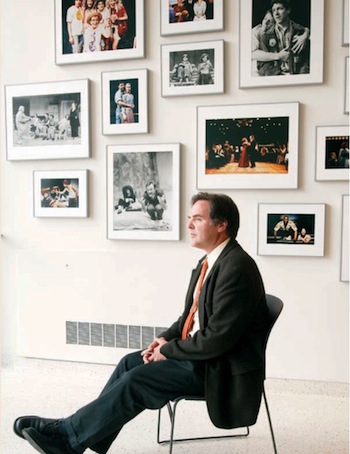 Find out why on Monday, September 24 when Tim Sanford ’75, artistic director of Playwrights Horizons, returns to Occidental as the Theater Department’s Distinguished Alumni Guest Speaker as part of the College’s 125th Anniversary celebration.

Sanford will talk about encouraging veteran writers while nurturing a new generation of playwrights in conversation with Jim Martin M’75, artistic director of Bottom’s Dream Theatre Company and adjunct professor of theater. The program, free and open to the public, will begin at 5:15 p.m. in Keck Theater.

Since its founding in 1971, the non-profit Playwrights Horizons "has been a mainstay of Off -Broadway and possesses one of the most distinguished histories among New York’s producers of new work," Isherwood says. "The list of playwrights discovered or supported by the company over the years is practically a Who’s Who of contemporary drama."

Sanford credits his training at Oxy for playing an important role in his success. "To me, the Oxy theater program is the model for undergraduate and graduate school programs," he says. "I’ve been exposed to many programs, and there’s almost nothing like it. At Oxy I did everything: I wrote a play and put it on, directed four or five plays, acted constantly – it was a very rich experience."