From Chicago to L.A. | Occidental College

From Chicago to L.A. 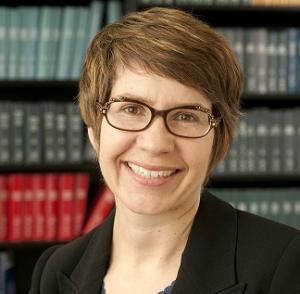 Occidental College is pleased to announce that urban geographer Virginia Parks has been appointed the Madeline McKinnie Professor of Urban & Environmental Policy. Parks will leave her position as associate professor in the University of Chicago’s School of Social Service Administration to join the Occidental faculty in August.

"We’re thrilled to bring Virginia Parks to Oxy," said Occidental President Jonathan Veitch.  "She has a much-deserved national reputation for innovative scholarship and policy advocacy.  Her prodigious teaching and research will be a tremendous benefit to our students, our faculty, and the broader community."

"Professor Parks will be instrumental in helping Occidental expand its commitment to community-engaged teaching and research and to taking full advantage of our location in America’s most dynamic urban region," said Jorge Gonzalez, dean and vice president for academic affairs.  "Her expertise in quantitative analysis will enhance our curriculum in important new directions."

Parks is the first faculty member to occupy the McKinnie Professorship, established through an estate gift from Madeline McKinnie, a friend of the college.

Parks’ research looks at issues of economic inequality, immigration, residential segregation, community development, and racial and gender inequality. She analyzes how employers and labor markets influence the jobs and incomes of immigrants, native-born minorities and women.  A central concern informing her research and teaching is how local communities can respond to these patterns of inequality through organizing and development efforts.

Her papers in top-ranked academic journals such as the Journal of Urban Affairs, the Annals of the Association of American Geographers, the International Journal of Urban and Regional Research and Urban Geography consider issues such as the variation of racial wage inequality and rates of low-wage work in different cities, African American employment in the public sector, the role of unions in protecting the rights of immigrant workers, and the position of immigrant and African American workers in the workforce relative to one another.

Parks earned a B.A. in humanities and history from the University of Colorado, and an M.A. in urban planning and a Ph.D in geography from UCLA.

While a visiting scholar at the Russell Sage Foundation, Parks worked with political scientist Dorian Warren of Columbia University on research into local responses to economic inequality and the plight of low-wage workers. These include community efforts in Los Angeles and Chicago to pass local ordinances to ban low-wage "big box" employers like Walmart from opening new outlets and to adopt local minimum wage laws above federal and state levels. Parks and Warren are now writing a book on the topic.

Parks has been the recipient of several major research grants from the National Science Foundation, the latest of which provided funding for an investigation into the uneven impact of the post-recession economic recovery. She found that whether people found new jobs, the kinds of jobs they got, and the wages those jobs paid, depended a great deal on their race, gender, immigrant status, and the neighborhoods where they lived.

As part of Occidental’s Urban & Environmental Policy Department, Parks will teach courses in community economic development, workers’ rights in the global economy, policy analysis, community organizing, and research methods. The department has a national reputation for its success in engaging students in applied research and for its faculty’s scholarship on real-world issues of housing, jobs, environmental justice, public health, and transportation.