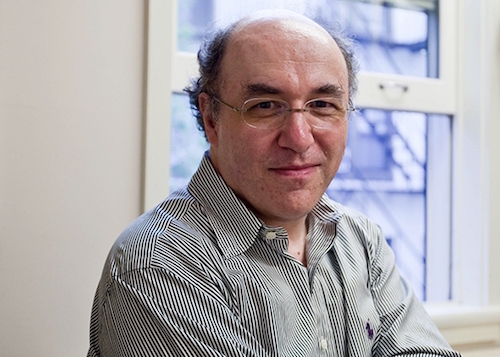 Computer scientist, physicist and entrepreneur Stephen Wolfram will speak on "Life in the Computational Universe" at 4:00 p.m. on Wednesday, March 22 in Choi Auditorium as the 2017 Occidental College Phi Beta Kappa speaker.

Originally a physicist who turned his creative curiosity to computer science, Wolfram has been a pioneer in the development and application of computational thinking over the past four decades. After introducing Mathematica, the integrated technical computing program, he went on to develop Wolfram Language, which allows programmers to concentrate on defining what they want to do -- and the language automatically figures out how to do it.

Educated at Eton, Oxford and Caltech, Wolfram received his doctorate in particle physics from Caltech at age 20. He joined the Caltech faculty and the following year became the youngest recipient ever of a MacArthur Fellowship.

While his early scientific work focused on high-energy physics, quantum field theory and cosmology, he soon launched an ambitious new line of inquiry aimed at understanding the origins of complexity in nature. After a distinguished career in academia – first at Caltech, then at the Institute for Advanced Study at Princeton and finally at the University of Illinois – Wolfram launched Wolfram Research Inc., which released Mathematia in 1988.