Diller to Speak at Commencement 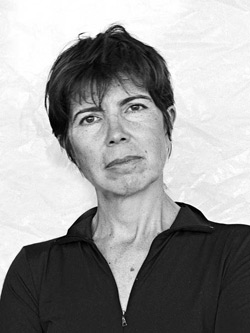 New York architect Elizabeth Diller, whose firm Diller Scofidio + Renfro transformed a derelict elevated railway into the High Line park and designed the new Broad Art Museum in Los Angeles, will be the featured speaker at Occidental’s May 18 Commencement ceremony.

The 9 a.m. ceremony will be held in the Remsen Bird Hillside Theater on the Occidental campus. It will be streamed live online; the link will be posted on the Commencement website the morning of the ceremony. A live feed also will be available in Choi Auditorium in the McKinnon Center for those on campus who may want to stay out of the sun in Hillside Theater.

Honorary degrees will be presented to Diller and two other recipients: Jonathan Gold, the Pulitzer Prize-winning restaurant critic of the Los Angeles Times, and Odessa Woolfolk M’73, educator, civic activist, and founding president of the Birmingham (Ala.) Civil Rights Institute.

"As we are celebrating the centennial of the Oxy’s Eagle Rock campus and lasting legacy of its original architect, Myron Hunt, we wanted someone who could speak to that and the role that architecture can play in our lives," said President Jonathan Veitch.

The recipient of a MacArthur "genius" grant and an associate professor of architecture at Princeton since 1990, Diller is a founding principal of Diller Scofidio + Renfro, the 100-person design studio that integrates architecture, the visual arts, and the performing arts.

Among the firm’s projects are the renovation of the Lincoln Center for the Performing Arts and the controversial expansion of the Museum of Modern Art in New York; the Institute of Contemporary Art on Boston’s waterfront; the Museum of Image & Sound on Copacabana Beach in Rio de Janeiro; the Dongguan Factory and Housing Complex in Shenzhen, China; and the Hirshhorn Museum and Sculpture Garden Expansion on the National Mall in Washington D.C.

If there’s a unifying thread in her work, Los Angeles Times architecture critic Christopher Hawthorne told Businessweek, "it’s not visual or formal. It’s more about bringing a certain conceptual sensibility to bear, about rethinking how people gather in contemporary cities."

Jonathan Gold is the internationally known food critic and the only one ever to win a Pulitzer. A Los Angeles native, he began writing the Counter Intelligence column for the L.A. Weekly in 1986, and celebrates the rich culinary diversity of Los Angeles and its immigrant neighborhoods, as well as the unexpected cross-fertilizations it spawns.

Odessa Woolfolk, a Talladega graduate who earned her master’s degree in urban studies at Occidental, worked in urban development in New York state and then returned to her native Alabama where she served as executive director of the Birmingham Opportunity Industrialization Center and as director of the center for Urban Affairs at the University of Alabama Birmingham. She is the founding president of the Birmingham Civil Rights Institute, the internationally recognized museum of the American civil rights movement.

See the full schedule of events for details on Commencement weekend.