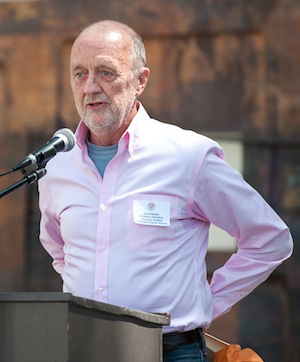 Eleven Occidental College seniors and alumni (and one freshman!) have won prestigious Fulbright scholarships to work and study abroad, breaking Oxy’s single-year record of 10 set five years ago. (With five Fulbright alternates this year, that number could go up even more.)

The 11 are among 61 Occidental students and alumni who have won Fulbrights since 2003 -- including nine last year, and eight the year before  -- a record that makes Occidental one of the country’s top producers of Fulbright Scholars.

"We are excited and pleased that we already have more Fulbright winners than in any previous year.  And it seems likely, with the unusual number of alternates we also have, that that number will grow," said David Axeen, professor emeritus of American studies and chair of the Fulbright Program at Occidental. "We have great students and they have had great educations."

In addition, Karen Romero '16 has received a United Kingdom Fulbright Summer Institute Fellowship to study at the University of Bristol for four weeks this summer. Only about 50 undergraduates are chosen for the U.K. summer program each year. The first year of the program, Dayna Chikamoto '12 was a recipient.

The 11 seniors are among an impressively large batch of Occidental award recipients this year, which includes a Truman, a Goldwater, a Coro, a Gates Cambridge Scholarship, two National Science Foundation Graduate Fellowship recipients, a Luce Scholar, a Pickering Graduate Fellowship, a Davis Project for Peace award, two State Department Critical Languages scholarships and a Strauss Foundation scholarship. And that's just the tally so far.

Oxy's 11 Fulbright Scholars will join more than 800 U.S. citizens who will travel abroad to 130 different countries for the 2013-2014 academic year through the Fulbright U.S. Scholar Program.

The Fulbright program, which covers travel, education and living expenses, was established in 1946 under legislation introduced by Sen. J. William Fulbright of Arkansas. The program operates in more than 155 countries worldwide.

Founded in 1887, Occidental is one of the oldest liberal arts colleges on the West Coast. Since winning its first Rhodes Scholarship in 1907, the college has consistently won national and international recognition for academic achievement and its global orientation. Scores of Occidental alumni are currently serving in the Foreign Service, with international NGOs and as international entrepreneurs.