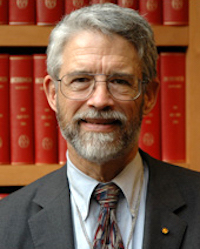 Former director of the White House Office of Science and Technology Policy John P. Holdren will speak at 4:30 p.m. on March 22 in Choi Auditorium as the 2018 Occidental College Phi Beta Kappa speaker.

His responsibilities in that role included advising the president on all science and technology issues bearing on the president’s agenda (including economic competitiveness and job creation, biomedicine and public health, energy and climate change, the oceans and the Arctic, the space program, and national and homeland security); overseeing interagency science and technology programs; developing initiatives in STEM education; advancing scientific integrity and openness in government; and representing the U.S. government in interactions with the U.S. and global science and engineering communities.

Honors include being awarded one of the first MacArthur Prizes (1981), the Volvo International Environment Prize (1993), the Tyler Prize for Environment (2000) and the Heinz Prize for Public Policy (2001).

Prior to joining the Obama administration, Holdren was a professor in both the Kennedy School of Government and in the department of earth and planetary sciences at Harvard University, as well as CEO of the Woods Hole Research Center. From 1973 to 1996, he was on the faculty of UC Berkeley. During the Clinton administration, he served for both terms on the President’s Council of Advisors on Science and Technology.

Underwritten by the Ruenitz Trust Fund Endowment in honor of Dr. and Mrs. Robert C. Ruenitz, the Occidental Phi Beta Kappa Speakers Series lecture is free and open to the public.