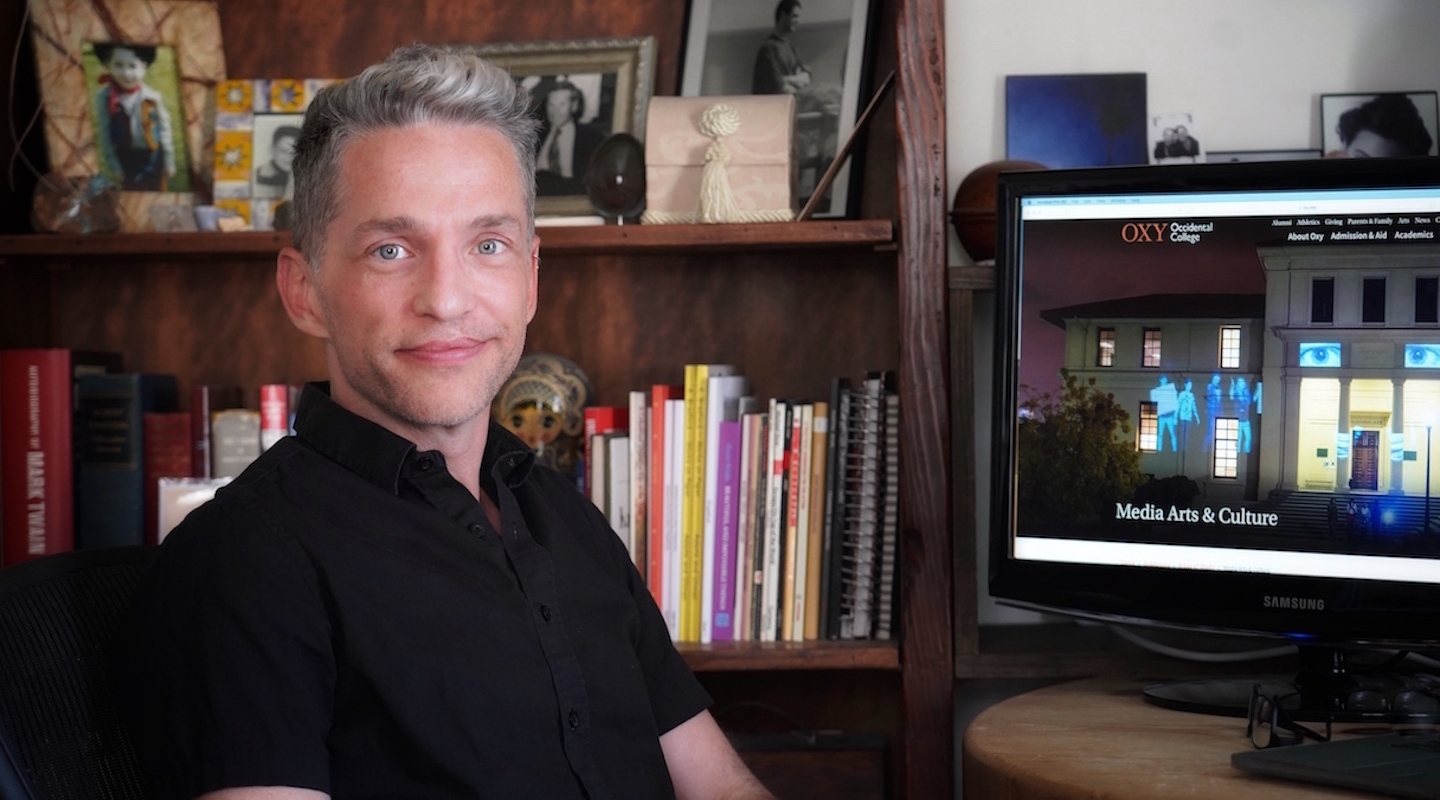 For the second time in three years, a script by Occidental College’s Broderick Fox has been awarded top honors in the University Film & Video Association's Juried Scriptwriting Competition.

Picture Man, the feature screenplay submitted by Fox, professor of media arts and culture (MAC), was named Best of Conference in the feature narrative/hour TV pilot category of the annual UFVA competition, held as part of the association’s national conference.

The script, chosen from a record number of entries, is a World War II period piece that uses the spy thriller genre to address deeper issues of Japanese-American internment, xenophobia, and distorted nationalism.

"The structures and narrative expectations of Hollywood genres can be really valuable for addressing deeper cultural questions, and this is the approach to finding the 'why' we teach in MAC,” Fox says. “Beyond its plot and suspense, my script is both an act of historical re-centering and a mirror to reflect our current sociopolitical state and the danger of history repeating. Winning this award, decided by a jury of my media colleagues, is particularly special."

Founded in 1946, the University Film and Video Association is one of the largest professional organizations and annual conferences for film and media studies, focusing on the creative, critical, and pedagogical practices of college and university media professors.

Fox also won the UFVA screenwriting competition in 2017 for his feature screenplay One Degree. This year he shared Best of Conference honors with Michael McAlexander of Cal State Fullerton for his script Lockdown.

The UFVA prizes are not the first recognition of Fox’s work. His most recent documentaries, The Skin I’m In and Zen & the Art of Dying, have received multiple awards. He also works as a film and video editor, and his critical writing has appeared in various anthologies and journals, including Film Quarterly and Spectator. Fox's book Documentary Media: History, Theory, Practice (Routledge) is now in its second edition.