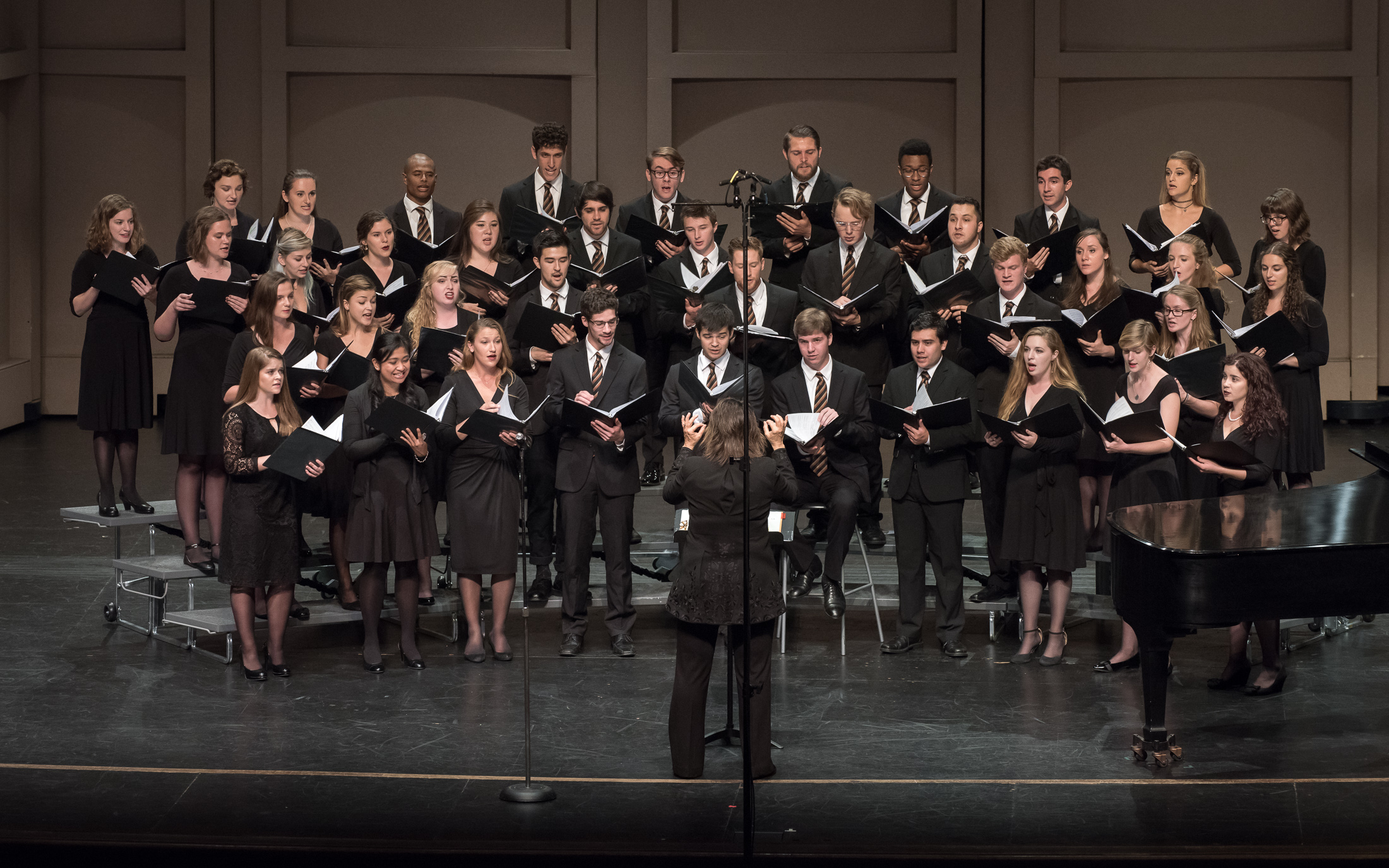 The 45-member glee club, directed by Desiree La Vertu, will perform the soaring glories of Anton Bruckner, Heinrich Schütz, Claude Debussy, G.F. Handel, and Ivan Hrusovsky, plus traditional songs from India, Latin America, and the United States.  Each concert is free and open to the public.

The Occidental Glee Club has a long and venerable history. The group made its first appearance Oct. 26, 1906, when it sang at the inauguration of College President John Willis Baer. Among the eight charter members was Clarence Spaulding 1907, Occidental's first Rhodes scholar.

Representing majors from history to physics, club members commit a considerable amount of time to their music: one hour of rehearsal per week for women and men separately, 3.5 hours combined rehearsal per week, as well as performances, touring, and competitions.

Touring is an important part of the Glee Club tradition. Initially limited to dates in Southern California, for the past 75 years the group has toured different parts of the country as well as abroad.

For more information about the Glee Club tour, email lavertu@oxy.edu.