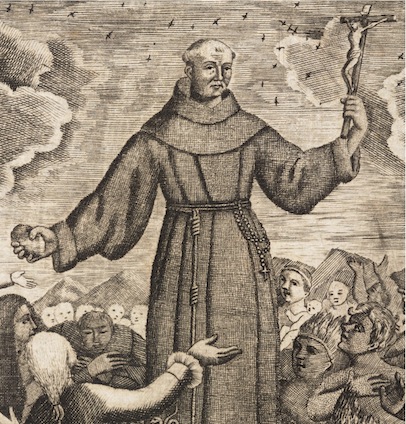 "Historian Steve Hackel’s recent book on the life of Junipero Serra prompted us not only to consider the life and work of this central figure in California history but to evaluate the Pope’s decision to move him toward sainthood," said HSSC President Kenneth Marcus, professor of history at the University of La Verne.

"In considering some key issues regarding religious and cultural beliefs and practices in the colonial southwest, the conference also will explore musical practices in the missions of California and Mexico, and will ask to what extent Indians themselves were involved in the creation of mission music," Marcus said.

Robert Senkewicz, professor of history at Santa Clara University, will deliver the George A.V. Dunning Lecture as the keynote speaker, "'Nobody, Young or Old, Allowed Themselves to Be Seen by Us': Religious and Culturtal Interaction in the Establishment of Spanish Alta California."

HSSC strongly recommends advance registration for the conference, which will take place in Choi Auditorium in Johnson Hall on the Occidental campus. Doors will open at 8:30 a.m.; the program will begin at 9 a.m. The conference is free for students with ID; $25 for HSSC members and Oxy faculty and staff; and $35 for the general public. Lunch is $15 for everyone; a vegetarian option is available.

A map of the Occidental campus and directions to the college can be found here.