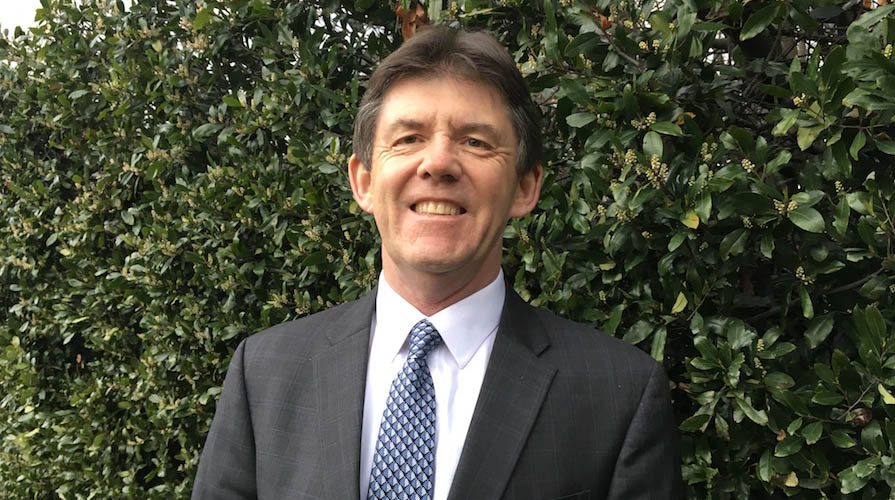 Mulroy, whose appointment is effective July 1, “is well-known in both the Los Angeles academic library and cultural heritage communities,” said Wendy Sternberg, Occidental’s vice president for academic affairs and dean of the college. “We will be well served by the breadth and depth of Kevin’s experience.”

“I’m delighted to be joining the Oxy community,” Mulroy said. “I deeply admire the college’s commitment to diversity and inclusivity and share its vision and values. I was so impressed by the faculty and students I met during my campus interview! I look forward to leading the talented staff of the library and Center for Digital Liberal Arts in contributing to Oxy’s future success.”

Mulroy received his MLS from Rutgers University and an M.A. in U.S. history and politics and Ph.D. in American studies from Keele University, England.

As dean of The Claremont Colleges Library from 2013-18, Mulroy oversaw strategic and master planning efforts that led to substantial improvements to the organization’s operations, information technology, resources, services, and facilities. He created new positions and programs devoted to planning and assessment; communications; data science and digital scholarship; and scholarly communication. Mulroy also served as lead dean of the intercollegiate Digital Humanities program. The library became recognized as the academic center of the consortium.

While at Claremont, Mulroy created the Dean’s Action Committee for Diversity and Inclusivity and actively engaged the library in efforts to advance equity and social justice at the colleges. Librarians coached underrepresented students as part of the Mellon Mays Undergraduate Fellowship Program, and Claremont sponsored a pre-conference on library services to patrons with disabilities and universal design at the National Diversity in Libraries Conference in 2016.

Before joining The Claremont Colleges, Mulroy served as associate university librarian for academic services at UCLA (2008-13); associate executive director of research collections and services and assistant dean for contracts and grants at the USC Libraries (2001-08), and director of the Research Center at the Autry Museum of Western Heritage (1993-2001).

Mulroy’s areas of subject expertise include U.S. ethnic history and American studies. He has written two books on relations between African-Americans and American Indians: The Seminole Freedmen: A History (2007) and the award-winning Freedom on the Border: The Seminole Maroons in Florida, the Indian Territory, Coahuila and Texas (1993). Mulroy also co-edited Seeking El Dorado: African Americans in California (2001) and edited a catalog based on an exhibition he curated at the Autry on international responses to the Western entitled Western Amerykański: Polish Poster Art and the Western (1999).