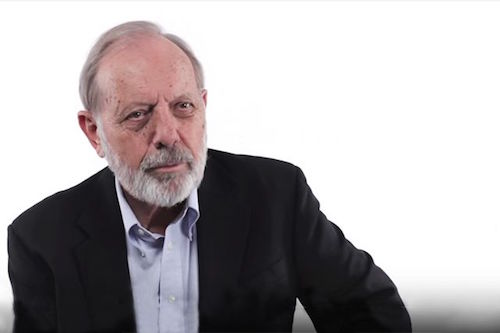 UCLA psychologist and human memory expert Robert A. Bjork will speak on "How We Learn vs. How We Think We Learn" at 4:30 p.m. on Tuesday, April 26 in Choi Auditorium as the 2016 Occidental College Phi Beta Kappa speaker.

A Distinguished Research Professor and co-director of UCLA’s Bjork Learning & Forgetting Lab with Psychology Professor Elizabeth Bjork, he is best known for his decades of research that have fundamentally altered our understanding of learning and memory. He has shown that, as counterintuitive as it may sound, forgetting enables, rather than undoes learning.

Bjork developed the concept of "desireable difficulties," which emphasizes that effective learning requires mistakes, and that the struggle to remember or learn is what makes long-term memory retention work.

He is a Fellow of the American Academy of Arts and Sciences and a recipient of numerous distinctions, including a lifetime achievement award from the Society of Experimental Psychologists and honors from the American Psychological Association. The Bjorks were recently selected by the Association for Psychological Science to receive the 2016 James McKeen Cattell Fellow Award, which recognizes a lifetime of outstanding contributions to applied psychological research.

Bjork has served as editor of Memory & Cognition and Psychological Review, co-editor of Psychological Science in the Public Interest, and chair of a National Research Council Committee on Techniques for the Enhancement of Human Performance.