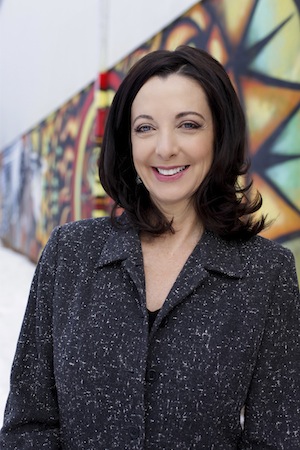 Native American arts and culture expert Nancy Marie Mithlo has been selected for a unique new joint appointment at Occidental College and the Autry National Center.

Beginning in fall 2014, Mithlo will teach three courses in the art history and visual arts department at Occidental as an associate professor while also working at the Autry in program development, exhibition planning and community outreach. At least one of her courses will involve training students to use the resources at the Autry.

"I welcome this opportunity to contribute to the excellent instruction at Occidental," Mithlo says. "My goal is to extend the vision of the Autry and Occidental in enhancing American Indian scholarship through the critical study of collections, curation and the arts."

Mithlo comes to Occidental from the University of Wisconsin at Madison, where she was associate professor of art history and American Indian studies. Prior to joining the Wisconsin faculty in 2001, Mithlo taught at Smith College, Santa Fe Community College, the University of New Mexico and the Institute of American Arts.

"Nancy Mithlo is a superb teacher as well as an acclaimed curator and scholar of contemporary indigenous arts," says Sharla Fett, associate professor and chair of the Occidental history department. "She will bring much needed courses in Native American studies to the Oxy campus."

Mithlo’s joint appointment is the latest expression of a burgeoning partnership between the College and the Autry, part of a strategic effort by Occidental to build collaborative partnerships with major institutions in the region. Indeed, Mithlo says, "The collaborative nature of my appointment exemplifies one of the best strategies for the sustainable future of higher education."

Mithlo has an extensive background working with organizations that specialize in Native American art, including curating many exhibits. From 1997 to 2001, she was director of the Native American Arts Alliance. Previously, she served as project director for the Zuni Mission Mural Project, acting director of the Institute of American Indian Arts Museum, and as collections manager and archivist for the Poeh Center, Pueblo of Pojoaque. She also regularly curates exhibits of American Indian artists for Italy’s Venice Biennalle and at the Smithsonian National Museum of the American Indian.

Her latest curated exhibit is "Pictures by an Indian": The Photography of Horace Poolaw, which will be on display at the Smithsonian National Museum of the American Indian from August 2014 until September 2015.

"As a curator, teacher, photographic archivist and critic, I explore how distinct identities are negotiated and how history is chronicled through the visualization of culture," Mithlo says. "My academic career is devoted to understanding the intersections of race and representation in visual arts, popular culture and museum studies."

She received her doctorate in anthropology from Stanford in 1993, writing her dissertation on contemporary American Indian artists. She is the author of the 2009 book Our Indian Princess: Subverting the Stereotype, as well as numerous articles on Native American art and culture for scholarly publications.

"We are delighted that Dr. Mithlo will be joining the Occidental faculty," says Occidental history professor Lisa Sousa, who chaired the search committee for the post. "She is a scholar, teacher, activist and public intellectual of the highest rank."

"This position in Native American Studies is very important because it promises to expand the discourse on themes that are central to the College mission, including issues of diversity, race, ethnicity, multiculturalism and community," Sousa says. "Through the study of Native American societies, cultures and art, our students will develop the necessary depth for understanding a broad range of historical and contemporary issues, such as sovereignty, cultural integrity, colonialism, economic development, tribal government and more generally the history of the West as a place where peoples of many different cultures converged, and sometimes collided, yet ultimately contributed to the formation of a unique society and culture."