From The Occidental: Gabriela Cowperthwaite’s new documentary is ‘a love letter to investigative reporting’ | Occidental College

From The Occidental: Gabriela Cowperthwaite’s new documentary is ‘a love letter to investigative reporting’ 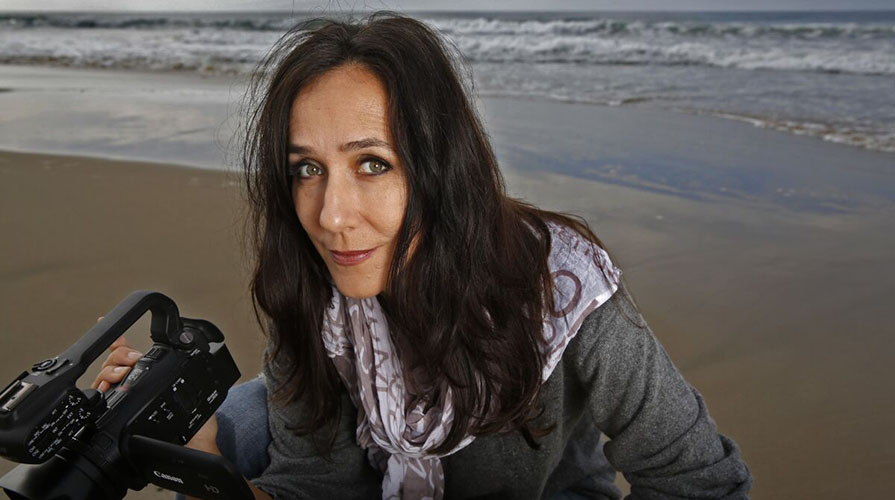 Gabriela Cowperthwaite ’93 screened her new documentary “The Grab” at the 2022 Toronto Film Festival (TIFF) this month.

“The Grab” follows journalist Nathan Halverson and his team at the Center for Investigative Reporting. Halverson discovers that a Chinese company’s $4.7 billion purchase of one of the world’s largest pork producers, Smithfield Foods, allowed China to take ownership of one in four American pigs.

“[‘The Grab’] is an investigative thriller that aims to explain the world, to expose businesses and to unearth the powerful entities that are grabbing up food and water from beneath us while we look the other way,” Cowperthwaite said.

Cowperthwaite said the investigative team used 20,000 private emails from powerful corporations and governments to expose the details of these land grabs. They collected testimonies from private landowners and farmers who have experienced land or water seizures.

Cowperthwaite said that while people ignore climate change or continue to debate its existence, the reality is that wealthy corporations and international governments are taking control of the diminishing available resources that are left.

“When we don’t act, we don’t hold power accountable, and we don’t pay attention to the ramifications of what’s happening as a result of climate change,” Cowperthwaite said.

“The Grab” tells the story of farmers in Arizona who woke up to find their water wells empty, Cowperthwaite said. In La Paz, Arizona, landowners do not have limits on the amount of water they can pump from aquifers; so farm companies from the Middle East have taken advantage of this and moved there to grow alfalfa that is shipped overseas.

According to Cowperthwaite, as global temperatures begin to rise, countries including China and Saudi Arabia are making moves to ensure they will have enough water to be able to feed their populations.

“We know [of] OPEC, a group of countries that controlled oil and the world,” Cowperthwaite said. “We are now looking at ‘food-peck,’ which is of a small group of powerful entities, countries, controlling all the food.”

Cowperthwaite said “The Grab” poses questions about how the United States is reacting to the looming threat of food and water shortages.

“The United States has no national water strategy,” Cowperthwaite said. “Should the U.S. have one? What would that look like? Should the U.S. view water as a national security issue?”

Halverson said the film talks about how the world is meals away from chaos.

“Three days of essentially not eating or not having adequate food, and people will take to the streets and begin to topple governments,” Halverson said.

Cowperthwaite also said it was surreal when her investigative team was deported after entering an airport in Zambia.

“It was so disheartening because we had so many plans to be able to talk to the people and hear the story from those who were experiencing it in real-time,” Cowperthwaite said. “Media was literally kept out of the country because they knew we were going to be reporting on food and water.”

The documentary captures this moment through the crew’s phone cameras, and Cowperthwaite said the scene highlights how far governments are going to conceal and suppress civilian uprisings.

“When these hungry people rise up or pissed-off people rise up, there are military mechanisms to tamp down any aggression and any uprisings,” Cowperthwaite said.

Halverson said the documentary brings attention to one of the greatest challenges of our time — feeding the global population.

Jonathan Ingalls, the director of photography for “The Grab,” said that the film aims to also provide solutions for these issues.

“The film is setting up the problem, but then also presenting a budget, a series of solutions,” Ingalls said. “We could actually prevent, and also make huge improvements in terms of making sure people have food and water security in the years to come.”

Ingalls has worked alongside Cowperthwaite for 20 years and said he trusts putting his work in her hands as a storyteller.

“[Cowperthwaite] is really trying to make things better in the world, and she’s really good at using the medium of film to do it,” Ingalls said. “I’m happy to be a part of that.”

According to Halverson and Ingalls, the story has changed how they think about and interact with food systems. Both said they have begun consuming less meat in their diets. Cowperthwaite said to focus on not taxing systems that cannot provide for you.

According to Cowperthwaite, “The Grab” received a standing ovation at TIFF and thoughtful questions from the audience.

Halverson said a Zambian activist after the premiere said that “The Grab” will push people to do more and think differently about the problems presented in the documentary.

“This film is a love letter to investigate reporting,” Cowperthwaite said.