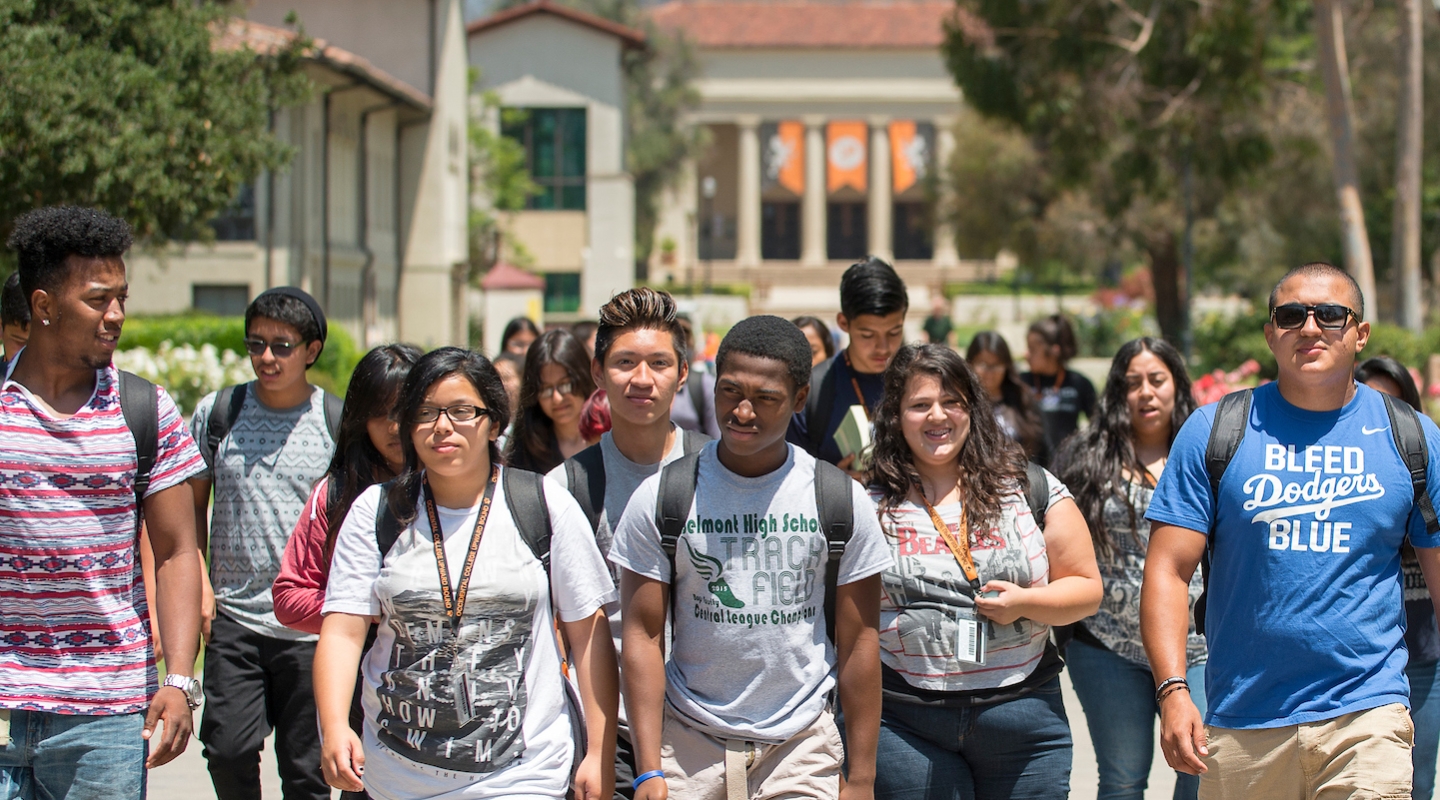 In 1965, as part of President Lyndon Johnson’s War on Poverty, Occidental College signed up for a new program called Upward Bound created to see if low-income high school students “can profit from a real chance at a higher education,” as one federal official put it.

On February 1, Occidental alumni who served as the program’s first tutors will gather on campus with Upward Bound graduates and current program staff to celebrate 55 years of success in what is now one of the country’s oldest and most successful Upward Bound programs.

Occidental’s Upward Bound Advocate Award will be presented to former program director Marguerite Archie-Hudson and Dennis Collins P’94, former director of admission, dean of students, trustee and early supporter of the program. The event in Johnson Student Center’s Gresham Dining Hall begins with a 4 p.m. reception. Reservations for the $60-per-plate dinner can be made here.

“We have a lot to celebrate,” says current program director Jesus Maldonado ’00. “Oxy Upward Bound has helped thousands of low-income, underserved students from local public high schools to graduate and continue on to become the first in their family to attend college.”

Today, Oxy Upward Bound is a year-round program that provides academic instruction on Saturdays during the school year for roughly 120 students, primarily first-years and sophomores, from Franklin, Lincoln, Belmont and Wilson high schools in Los Angeles. In the summer, participants live for five weeks on the Occidental campus and take rigorous courses in mathematics, English, science, social science and foreign language.

The goals of the program are to develop key skill sets that positively impact academic performance in high school; expose students to the demands of college and guide them through the college experience; ensure that Upward Bound scholars graduate from high school with a solid post-secondary plan—both academic and financial; and to graduate students from a four-year college or university in six years or less.

The program also has been a transformative experience for Oxy undergraduates who have tutored Upward Bound students, says Professor of English Emeritus Eric Newhall ’67, who was one of the tutors for the first class of 95 Upward Bound students from high schools in Los Angeles, Pasadena and Pico Rivera who arrived on campus in July 1966 for an eight-week residential program.

“This was just one year after the Watts rebellion and so L.A. was still a pretty tense place,” says Newhall. “I came from a white middle class background in Portland, Ore., and Upward Bound taught me how to get along with and understand people from different backgrounds. Upward Bound was one of early indicators that Oxy was moving to tighten its ties with city of L.A. and opening up to groups that had been historically excluded. We all felt we were doing something significant, making some kind of contribution to making things better.”

Upward Bound was critically important to Alice Walker Duff ’69, another member of the inaugural group of tutors. “I really do credit Upward Bound with my being able to stay at Oxy because it was my anchor to cultural reality,” Duff says. “I grew up in Harlem, and Oxy was very white. Marguerite [Archie-Hudson] was a great counselor and mentor, particularly to Oxy’s black students. She was an exceptional model of what it was to be a black professional in the midst of a very white institution, to have integrity and be able to work for significant change in constructive ways.”

Upward Bound is an exception among college access programs in that its chief goal is not to produce applicants to Occidental, although some participants have ended up enrolling at, and graduating from, the College, Newhall adds. “It can be viewed as Oxy’s contribution to higher education nationwide, and to strengthening democracy.”