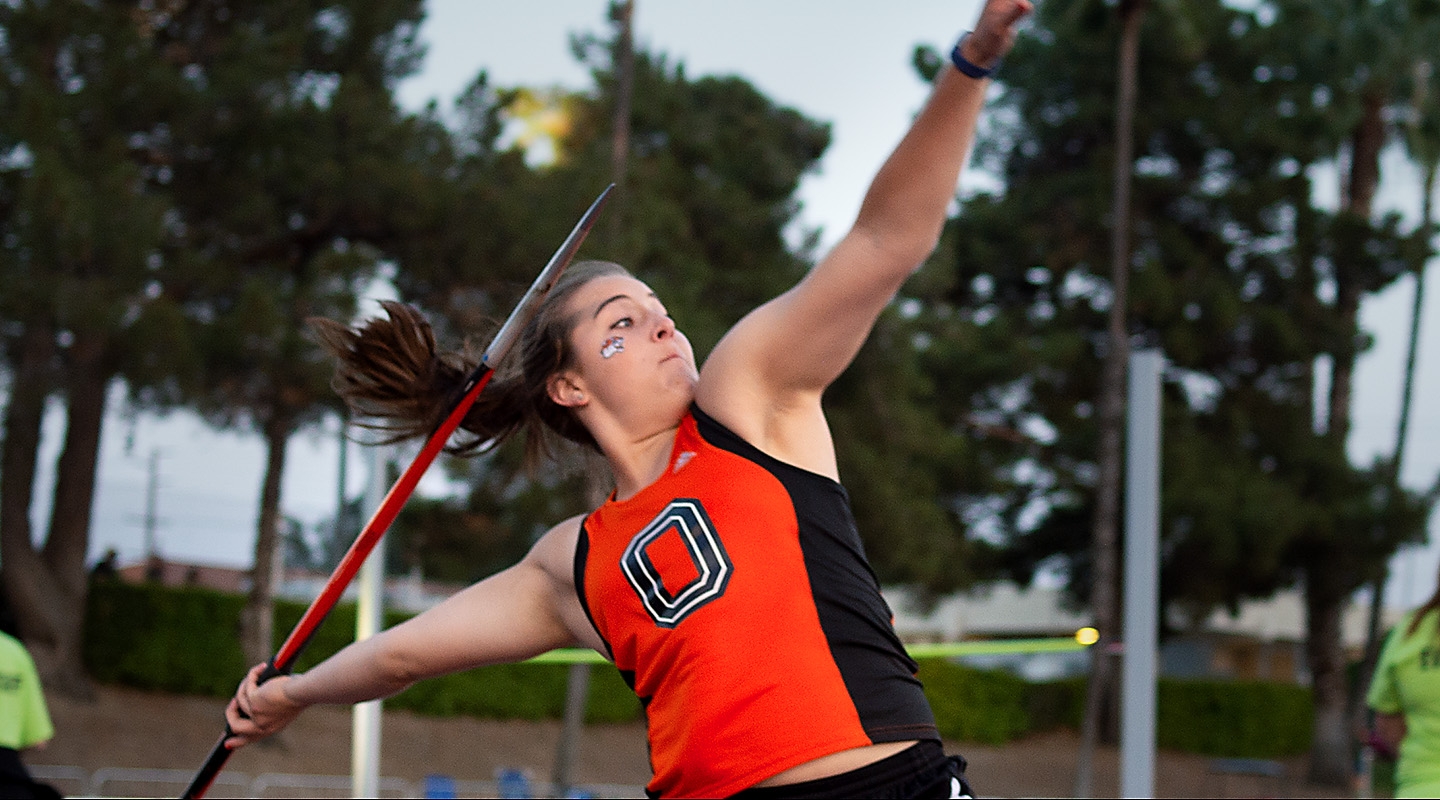 Occidental College track and field and volleyball star Sabrina Degnan ’19 has been named a top candidate for the NCAA Woman of the Year Award.

“I feel extremely humbled and honored to be in the position that I am today,” said Degnan, a psychology major from Atascadero. “When I found out I was going to be the nominee for Oxy, I was so shocked and grateful. When I found out I made the top 30, I was flabbergasted and speechless.”

Degnan, who previously has been honored by Oxy for her contributions to the campus community as a student, athlete and community member, was announced today as a member of the Top 30 grouping who are invited to the NCAA's awards dinner in Indianapolis on October 20. She is the first Oxy athlete to be a top candidate for this prestigious award. 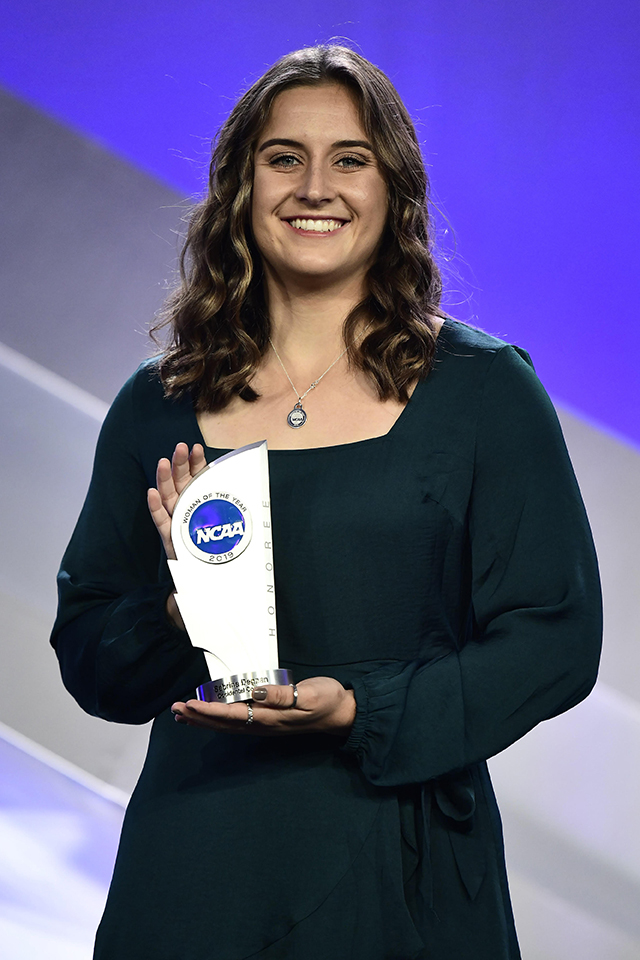 “I would not be in the position I am today without the support of my coaches, teammates, professors and family,” Degnan said. “While the award may be individual, the honor is shared by all the incredible athletes and coaches that have pushed me to be the best athlete, academic and individual I could be. I want to say thank you to everyone who supported me in my journey as a Tiger.”

“We are very proud of Sabrina for this terrific recognition,” Oxy Head Track and Field Coach Rob Bartlett said. "She's leaving an incredible legacy at Oxy, not only on the field but in the classroom and in the community. We've thought Sabrina was a star for several years, so it's fantastic to see her getting honored at this prestigious level.”

The Top 30 honorees for the 2019 NCAA Woman of the Year Award were named by the Woman of the Year selection committee from an initial pool of 585 school nominees, a program record. From there, the pool was narrowed by conference offices and a selection committee to move forward 151 nominees for consideration. The Top 30 honorees include 10 from each of the three NCAA divisions, and each has demonstrated excellence in academics, athletics, community service and leadership. Occidental is part of Division III, whose rules bar athletic scholarships.

“This year’s 30 honorees are remarkable women, representing well the thousands of women competing each year in college sports,” said Karen Baebler, chair of the Woman of the Year selection committee and assistant athletics director for sport operations at the University of Washington. “They have excelled in sports and academics while serving their peers and communities, and we congratulate them for their many achievements.”

In early October, the selection committee will announce the nine finalists, made up of three women from each NCAA division. From those finalists, the NCAA Committee on Women’s Athletics will select the 2019 NCAA Woman of the Year.