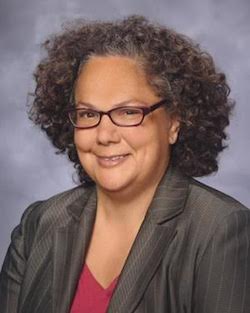 LADWP Chief Sustainability Officer Nancy Sutley will deliver Occidental College’s 2015 Dungan Lecture on Energy and the Environment, the annual talk supported by the Edgerton Foundation, on April 9 at 11:45 a.m. in Dumke Commons. A brief Q&A will follow Sutley’s presentation.

In her talk, "From Los Angeles to the White House and Back: Moving Los Angeles Toward a More Sustainable Future," Sutley will speak about what is necessary to advance sustainability in Los Angeles and California, particularly given the state of the climate and the ongoing drought.  She will also discuss the challenges of advancing environmental policy in the current state of politics at the federal and state level, offering ideas about what environmentalists and progressives should be focused on for short-term and long-term change.

In addition, Sutley will address what students can be doing to provide leadership on energy and the environment now and in the long term on their own campuses.

Prior to joining the LADWP, she served as chair of the White House Council on Environmental Quality from January 2009 to February 2014. Under Sutley, the Council played a central role in shepherding the Obama administration’s signature environmental accomplishments. Sutley was one of the chief architects of President Obama’s June 2013 Climate Action Plan to reduce carbon pollution, prepare the United States for the impacts of climate change and lead international efforts to address climate change.

Previously, Sutley was the deputy mayor for energy and environment for the city of Los Angeles under Mayor Antonio Villaraigosa. She represented Los Angeles on the board of directors for the Metropolitan Water District of Southern California and served on the California State Water Resources Control Board from 2003 to 2005.

The Antoinette and Vincent Dungan Lectureship on Energy and the Environment was established by Occidental alumna Louise Edgerton '67 and her husband Bradford Edgerton in honor of her parents. The first lecture was in 2009. Previous speakers have included Andy Lipkis, founder of TreePeople; Janette Sadik-Khan, New York City's transportation commissioner; and water expert Peter Gleick, author of Bottled and Sold: The Story Behind Our Obsession With Bottled Water.

The Edgerton Foundation is interested in exploring new ideas to deal with one of our most pressing environmental issues: how to utilize energy wisely while preventing damage to the environment and climate. The foundation believes there is a crucial role for leading colleges to contribute to the debate.