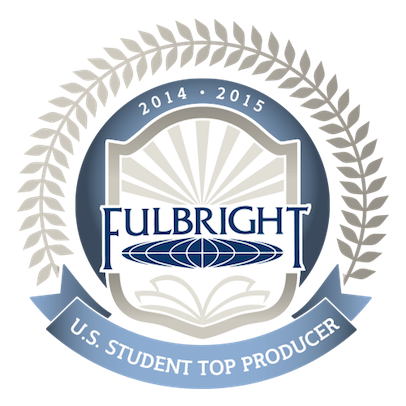 For the ninth consecutive year, Occidental College is one of the country's top producers of student Fulbright Awards, according to the Chronicle of Higher Education's annual Fulbright rankings.

Seven of the 2014 winners were awarded Fulbright study/research grants, the largest number ever awarded to Occidental candidates in one year. Nine recently graduated seniors received Fulbright awards, as well as four other alumni. Out of Occidental’s 19 finalists (from an initial applicant pool of 55), two-thirds won awards.

"While this is very exciting news for Occidental College, and our Fulbright recipients, it also demonstrates the hard work, dedication and selfless amount of time our faculty give when working with national awards candidates," said Sue Pramov, Oxy’s director of national awards.