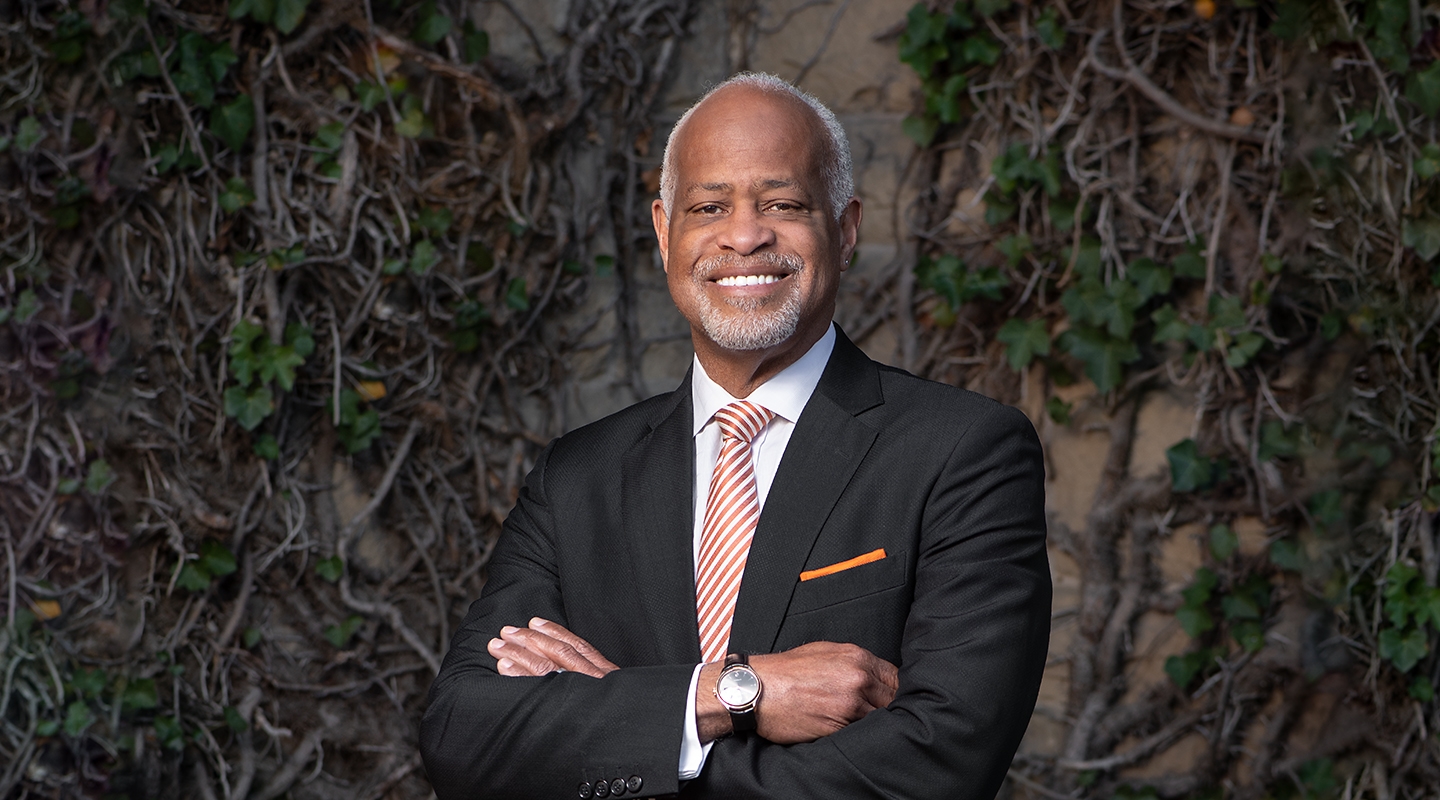 Harry J. Elam, Jr., vice provost for undergraduate education at Stanford University, has been selected as the 16th president of Occidental College.

As Stanford’s vice provost for the past decade, Elam has been responsible for nearly all policies and programs relating to the university’s 7,200 undergraduate students. The Occidental board unanimously selected Elam at the conclusion of a national search, advised by a search committee drawn from all segments of the college community. Elam will begin his tenure at Occidental on July 1 and will succeed Jonathan Veitch, who announced in January 2019 that he will step down on June 30 after an 11-year presidency.

A member of the Stanford faculty since 1990, when he joined what is now the Department of Theater and Performance Studies, Elam is an award-winning teacher and internationally renowned scholar who has served in a variety of senior administrative positions. As vice provost, he helped lead a major rethinking of Stanford’s undergraduate curriculum as well as a separate effort to create a new vision for the university’s student residences.

Having grown up in the turbulent era of court-ordered school desegregation in Boston, Elam also is a leader on issues of diversity and inclusion. Among his many efforts at Stanford, he created the Institute for Diversity in the Arts, initiated a summer bridge program for first-year students from under-resourced high schools, and designed a program to increase the number of students of color pursuing graduate degrees in STEM fields.

“Harry has the proven leadership skills, profound understanding of undergraduate education, and enthusiastic embrace of our commitment to access and excellence that we were looking for. In addition to his academic credentials, Harry has a genuine ability to connect with people,” said Occidental Board Chair Steve Rountree ’71. “From an impressive field of candidates, he emerged as the clear frontrunner and was the board’s unanimous choice.”

“I am honored to have been chosen to lead Occidental, one of the country’s top liberal arts colleges,” Elam said. “The College’s mission, founded on a commitment to excellence, equity, community and service resonates deeply with me, as do its academic strengths across disciplines, its vibrant ties to Los Angeles, a faculty equally committed to teaching and research, and talented students from all backgrounds determined to have an impact on our world.

“Over the past years I have, in effect, operated a liberal arts college within the structure of a research university,” he said. “Occidental represents a particularly dynamic vision of the liberal arts, and the work of collaborating with faculty, students and staff to lead the college into the next phase of its evolution is a truly exciting opportunity. I’ve been impressed with the Oxy people I’ve met, and I look forward to getting to know the entire community.”

Elam will begin his term one year after the college launched the public phase of The Oxy Campaign For Good, which to date has raised $152 million toward a $225 million goal. “It’s inspiring to know that the top campaign priorities are access and student scholarships, and I look forward to helping the College reach these ambitious goals,” he said.

“While this is bittersweet news for all of us who work closely with Harry at Stanford, I am delighted for him and for the students, faculty and staff at Occidental College,” said Stanford President Marc Tessier-Lavigne. “They will get the benefit of Harry’s wise leadership and his unwavering focus on improving education and the student experience.”

“Dr. Elam is a champion of all that Oxy stands for. His lifelong commitment to promoting diversity and equity, supported by his scholarly pursuits in social justice are a natural fit with Oxy’s own mission,” said John Lang, associate professor of sociology, Faculty Council president and search committee member. “A dynamic leader who has proven he can help people coalesce around a shared purpose, Dr. Elam brings an openness, warmth and collaborative approach that was evident throughout the process.”

Other members of the search committee echoed that assessment.

“In his interviews, Dr. Elam showed that he is comfortable relating to students on their level, regardless of background or identity,” said Dafna Erana ’21. “He is someone who has experience in community building and will consider the voices of his constituents when developing a way forward,” added fellow committee member Alejo Maggini ’22.

“He has extensive leadership experience covering every aspect of undergraduate education and possesses a warm, open and engaging style,“ said Associate Dean of Admission Courtney Stricklin Burgan ’03, who with Felipe Kosareff of Facilities Management represented staff on the committee.

In addition to his role as vice provost for undergraduate education, since 2017 Elam has served simultaneously as Stanford’s first vice president for the arts, overseeing Bing Concert Hall, the Cantor Art Museum and all other non-departmental programs, and as senior vice provost for education, is responsible for the Haas Center for Public Service and other student-facing programs.

A graduate of Harvard College, Elam earned his doctorate in the dramatic arts at UC Berkeley. He is the author and co-editor of seven books, including the award-winning The Past as Present in the Drama of August Wilson (University of Michigan Press, 2006), and dozens of journal articles and book chapters. He was inducted into the American Academy of Arts and Sciences as well as the College of Fellows of the American Theatre. The Association for Theatre in Higher Education awarded him its highest recognition, the Distinguished Scholar Award, and he is the recipient of the Career Achievement Award from the American Society for Theatre Research. At Stanford he has been awarded six different teaching awards.

His wife, Michele Elam, is William Robertson Coe Professor in the Humanities at Stanford and an associate director of the Institute for Human-Centered Artificial Intelligence. Their daughter Claire Patterson, a 2016 Stanford graduate, lives and works in Los Angeles.

Elam’s selection was the result of a yearlong process led by the College’s 20-member Presidential Search Committee, working with the consulting firm of Isaacson, Miller. Composed of trustee, faculty, student, staff, administrator and alumni representatives, the committee repeatedly sought input from the campus community about its priorities and what qualities it wanted to see in Oxy’s next president.

“We are tremendously grateful to the search committee co-chairs, Trustee Chip Blacker ’72 and Dean of the College Wendy Sternberg for their exemplary stewardship of this important task, and to every committee member for the many hours they have invested in a process that has produced such an outstanding result,” Rountree said.