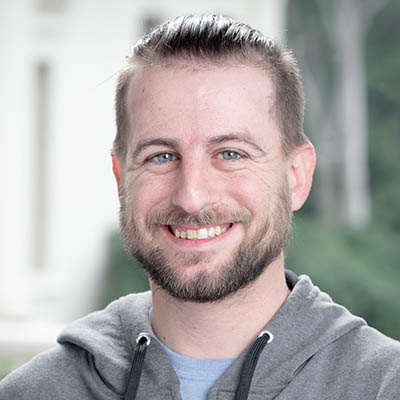 Andrew has been with Oxy Arts since the fall of 2018. Andrew has been active in the Los Angeles theatre community as a Stage Manager and Lighting Designer since 2011 working with companies such as Center Theatre Group, East West Players, Circle X Theatre Company, Ghost Road Company, Son of Semele, and The Speakeasy Society, as well as at educational institutions including The Lee Strasberg Theatre & Film Institute, American Musical & Dramatic Academy, and Kaiser Permanente’s Educational Theatre. Andrew also has worked as a Project Manager for Tait Towers where he oversaw the installation of Tait’s automation elements for Shanghai Disneyland, Fantasmic 2.0!!, and Facebook’s MPK21 Event Space.

When he's not managing or designing, Andrew takes time to watch baseball, go hiking with his pup, and write. A Chicago native, Andrew holds a BA from Augustana College and an MFA from CalArts. He’s thrilled to be working with the Oxy Arts team and for the opportunities ahead as Oxy Arts opens a new facility in the Northeast LA community.