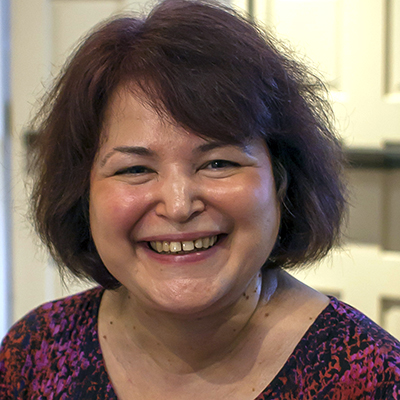 Galina Barskaya began studying piano at the age of four and started to perform professionally at the age of 7. Barskaya got her BM and MM at Kiev State College and Kiev State Conservatory where she studied piano, organ, conducting, music history, and composition. She toured extensively in Russia, the Ukraine and other parts of the former USSR. Since coming to the United States in 1993, Barskaya has established herself as a soloist, chamber musician, accompanist and teacher. She has also been working as a conductor and a music director. She was on staff at Santa Monica College and Cal State Long Beach and has been a member and founding member of several chamber ensembles and groups. In the Los Angeles area, she has performed at numerous venues including the Alex Theater and Hollywood Bowl.  She's been involved in different religious music programs as a Music Director/Conductor as well as pianist/organist, including programs at Emerson UU Church, Kehillat Israel and Lutheran Church of the Master. She created the "Musical Explorations" concert series, and from 2001 to 2009 was its founding Artistic Director. From 2009 to 2012 she was a Music Director at LA Metropolitan Opera. Presently, she is on staff at Occidental College, is Music Director at St. Andrews Lutheran Church and Mesopotamian Opera Company, and is a Founding Music Director/CEO of the Independent Opera Company. Barskaya is also a composer, her music most recently was featured in the educational movie Birth In Action. In the fall of 2013 she performed Beethoven's 3rd Piano Concerto as a guest soloist with the Caltech-Occidental Symphony Orchestra. She also recently appeared as a guest conductor at the VTO production of Un Ballo In Maschera.