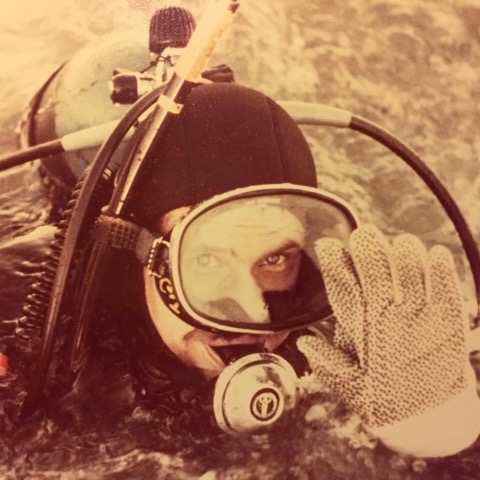 Gary Jordan has been associated with the Vantuna Research Group since April 1976.  In that year, Gary supervised the identification of larval fish collected from the various waterways of King Harbor Redondo Beach. In 1977, he became a part of the Taxonomic Quality Assurance Program (TQAP), a program that helped larval fish identifiers from central to southern California to standardize their identification methods and examine the characteristics of unknown larval fish.  Drawings and notes along with articles from various journals were used in this process. Participants included William Watson, H. J. Walker, Gerald E. McGowen, Mike Sowby, along with Gary Jordan and a few others. Unknowns were examined at the TQAP meetings or sent to H. G.  Moser of the National Marine Fisheries Service (NMFS). In 1983, Gary became the quality control advisor for plankton collections of the Los Angeles County Museum, California Bightwide program.  From 1988 to 1989, he supervised Salton Sea plankton collections with processing and data management.  In 1991, he along with others from the Los Angeles Natural History Museum identified larval fish collected off of Diablo Canyon. As of this date Gary, has continued to identify larval fish (> 300 species) collected at King Harbor Redondo Beach for the 100-year Ichthyoplankton Project as lead taxonomist. Gary earned his B.S. from CSU Long Beach and received his Teaching Credential in Life Sciences from Azusa Pacific University.