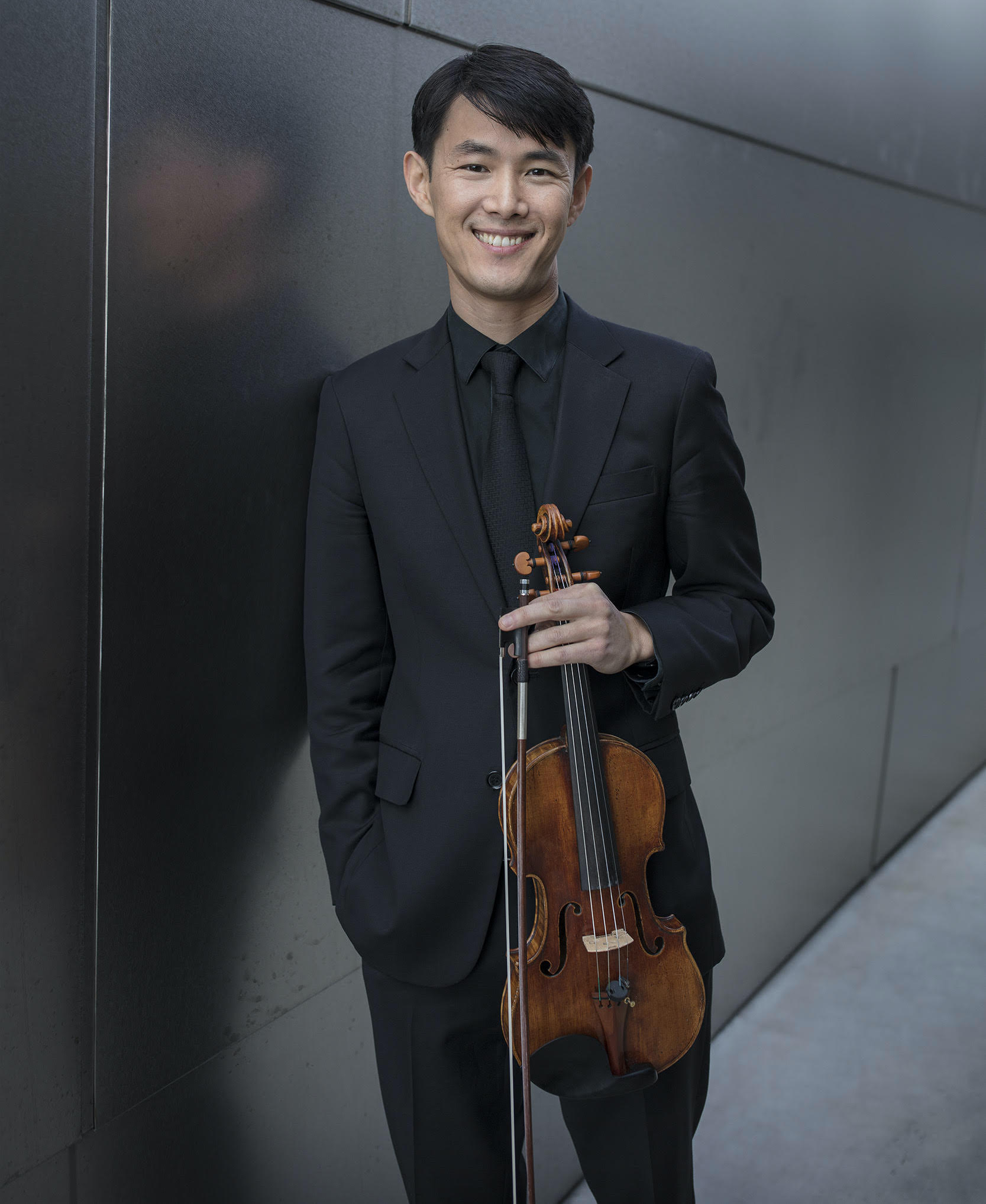 Violin Instructor
Dynamic violinist Jin-Shan Dai has performed extensively throughout North America, Europe, and Asia. He joined the Los Angeles Philharmonic in 2010. Previously, he was a member of the Toronto Symphony from 2004 to 2010, and made his debut as a soloist with that orchestra in 2008 playing Vivaldi’s Four Seasons. A native of China, Dai studied at the Central Conservatory of Music in Beijing before moving to the U.S. at the age of 17 to continue his studies with Julia Bushkova, Eugene Drucker, Philip Setzer, Ani Kavafian, and Peter Oundjian.
Dai is the recipient of numerous prizes and accolades, among them top prizes in the 2000 Emerson International Chamber Music Competition and the 2000 Van Rooy National Violin Competition. Dai performs frequently as a chamber musician, and has collaborated with such artists as Mstislav Rostropovich, Lowell Liebermann, and members of the Emerson String Quartet. His chamber music performances have brought him to Taos Chamber Music Festival in New Mexico and the Pacific Music Festival in Sapporo, Japan, as well as the Music Academy of the West in Santa Barbara, California. At home in Los Angeles, Dai frequently appears in the Philharmonic’s Chamber Music series and the Green Umbrella new music series. He has been featured as soloist performing Samuel Barber’s violin concerto with the Claremont Youth Orchestra and the Double Concerto for Violin and Viola by Benjamin Britten, with his colleague Dana Lawson, at Matthew's Music Guild in Pacific Palisades.
Dai is a strong believer in the transformative power of music. He began his outreach efforts in Toronto with the Bach Consort Ensemble, a charity organization that exclusively performs works by J.S. Bach to raise money for various community charities throughout the Greater Toronto Area. Here in Los Angeles, he is proud to participate in Street Symphony, a non-profit organization that actively brings live classical music concerts to communities directly affected by homelessness and incarceration in LA County.
Education: B.M., University of Hartford; M.M., Yale
Email:
jdai@oxy.edu