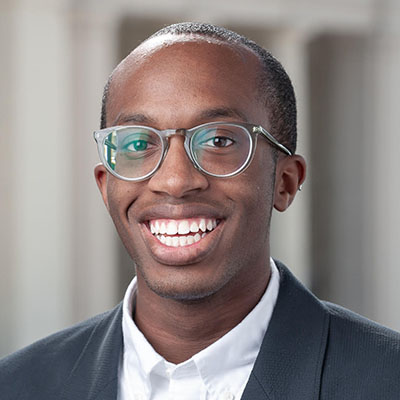 Jordan (he/him) is a senior economics major, public health minor from New York City. Since his sophomore year, Jordan has worked in the Office of Admission as a Tour Guide until recently becoming a Senior Fellow this year. On campus, Jordan has held multiple positions on student government and is vice president of the Blyth Fund, Oxy’s six-figure, student-managed investment portfolio. He has also represented the student body on two Board of Trustees committees. In spring 2020, he studied abroad in Malaysia at the National University of Malaysia focusing on new economics and international relations. He chose this program because it was an expansion of summer research he did with his economics professor in development economics last summer. Beyond campus, Jordan enjoys eating around Los Angeles, particularly in the San Gabriel Valley. Following Oxy, Jordan hopes to attend law school and pursue a career in public service.

Advice for High School Seniors
Avoid applying to schools just because your friends are.