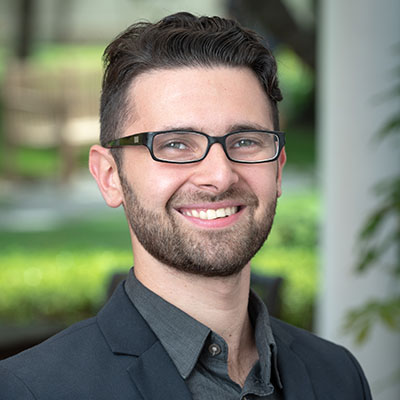 Bio: Hailing from the City of Chicago, Julius's own college search for a liberal arts education in a major metropolis led him right to Oxy nearly a decade ago. After receiving his B.A. in Politics, Julius went on to work in immigration law before joining Occidental's Office of Admission in 2018. During his student tenure, Julius served as a resident advisor, summer researcher, and intern on the 2014 Louisiana senate race through Oxy's Campaign Semester. The continued tradition of political engagement and activism on campus serves as a constant source of pride for Julius as he recruits the next generation of campus leaders and change makers. During the semester he can frequently be found loitering at the Green Bean, Oxy's student-run coffee shop, which remains one of Julius's favorite campus spots to recharge and rehydrate.