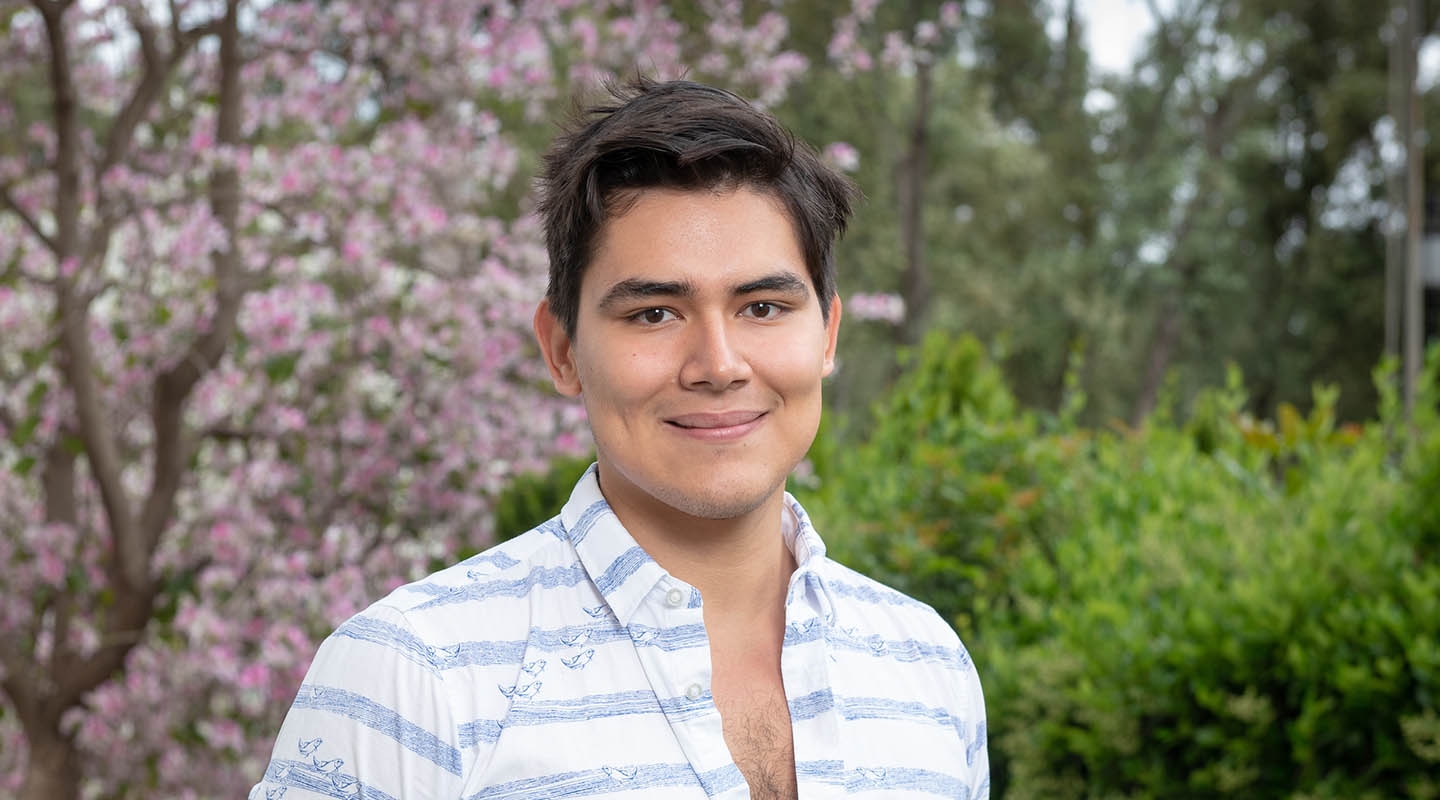 A biology major with an environmental science concentration, Diego Zapata is committed to sustainability and drawing on both science and policy to build healthy, equitable communities.

Growing up a few miles from Oxy’s campus in Lincoln Heights, Diego spent many happy hours exploring the ecosystems among the bluffs of the nearby Arroyo Seco.

“Northeast L.A. is characterized by a juxtaposition between the natural and the urban, and I really got to experience the biodiversity and beauty of this interface,” he says. “I always saw my neighborhood as an oasis with all these beautiful animals and plants. I taught myself all the different species—a blooming biologist from an early age.”

At Oxy, Diego became the first director of the Food, Energy and Sustainability Team (FEAST), which he expanded from a club to an official student service with a mission of plurality, community and sustainability. The centerpiece is the FEAST organic garden on the north side  of campus, where produce is grown and chickens are raised by a dedicated staff of 13 students.

“It’s this wonderful space for students to engage in sustainability hands-on, particularly in regard to urban agriculture and ecological restoration. And there’s so much potential to engage with the broader Los Angeles community and its rich network of community gardens,” Diego says.

“FEAST taught me what it takes to be a leader and helped me merge all my passions into one. It also proved to me that I can do biology but also organizing work—there is an interdisciplinary approach I can take to do all the things I want to do.”

Diego began to explore community organizing as a high school student, and his love for the natural world has dovetailed easily with policy and social justice issues. At Oxy, he has been active in the Principles Working Group, a coalition of students, faculty, staff and community members who are developing a set of principles to minimize Oxy’s contribution to local gentrification. He even presented to the Board of Trustees to advocate on behalf of the group.

“I’ve learned a lot about gentrification and its impact on access to housing, green spaces for low-income individuals and other broader systemic processes. It has inspired me to work to change things for the better.”

Diego has found a home in both the Biology and Urban & Environmental Policy departments at Oxy.

“They have shaped me so much, and I've received so much support from those departments. If I had the opportunity to restart my undergraduate career, I would still choose Oxy because of all of the wonderful ventures and opportunities that were granted to me.”

“I didn’t think I would necessarily like research, but Professor North has been an amazing mentor who showed me that research doesn't just entail sitting in a lab; it can also be field work, and working with different people and organizations.”

After graduation, Diego is considering graduate studies, more community organizing work in Northeast L.A. or even running for city council.

“I don't know yet what the next step will be, but I know Oxy has prepared me to take whatever step I wish to take going forward.”