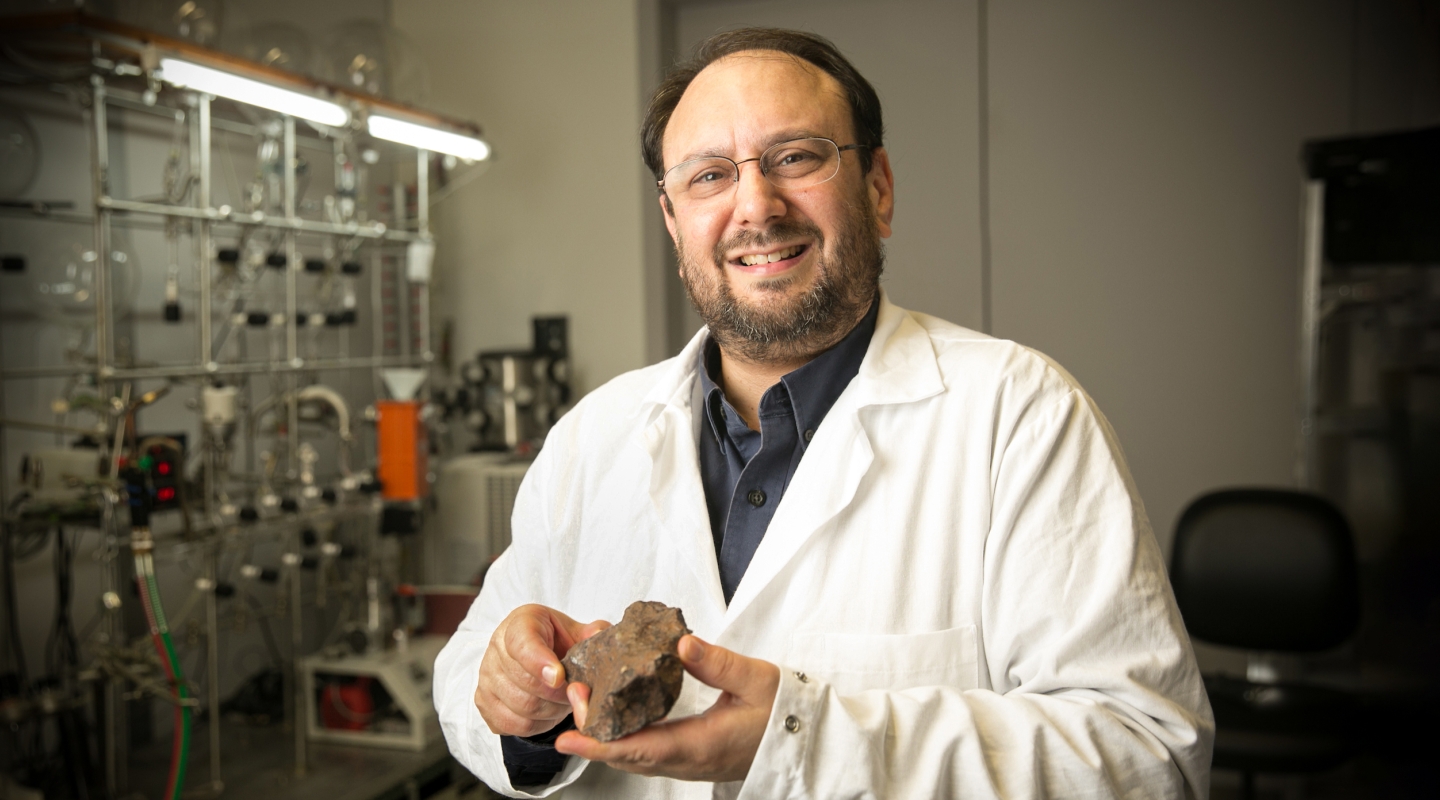 Astrobiologist Jason Dworkin ’91 has devoted the better part of two decades to a NASA mission to the near-Earth asteroid Bennu.

When you’re sending a spacecraft the size of an SUV on a 200 million-mile journey to a tiny dot of an asteroid, there’s always a chance for disaster. When OSIRIS-REx reached Bennu safely in 2020, it was an emotional moment for Jason Dworkin ’91, senior scientist for astrobiology at NASA Goddard Space Flight Center in Greenbelt, Md., and project scientist for the OSIRIS-REx mission.

“I’d worked for so long, and I really understood the risks involved,” he says. “Bennu was a lot more dangerous, a lot rockier than we had anticipated.”

Bennu is the focus of a seven-year investigative mission, one that launched from Cape Canaveral Air Force Station on Sept. 8, 2016. After a two-year journey, the Origins, Spectral Interpretation, Resource Identification, Security-Regolith Explorer—which boils down to an acronym for the mission and the spacecraft itself—performed a Touch-and-Go sample collection event on Bennu on Oct. 20, 2020. An 11-foot sample arm extended—the only part of the craft to contact the surface—then sprayed nitrogen gas to stir up and gather a small sampling of rocks and dust. The maneuver lasted a total of six seconds. 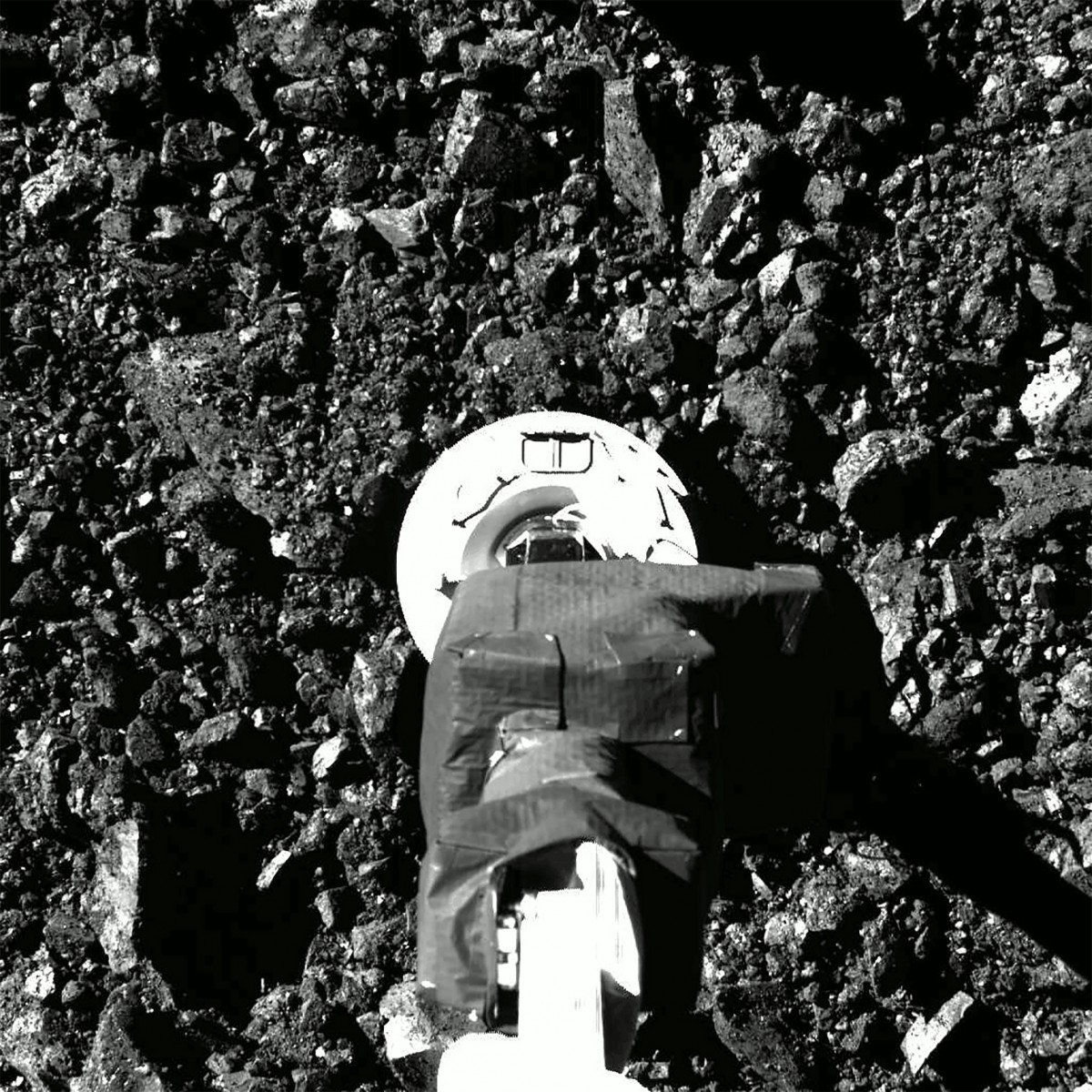 It was quite a feat, considering the asteroid is only 1,610 feet in diameter. The craft will land by parachute in the Utah desert on Sept. 24, 2023. Dworkin’s team will be the first to examine and then curate its extremely precious cargo. “Then the mandate is that the science team analyzes 25 percent of the sample to answer our 12 hypotheses and 50-some subhypotheses to fulfill our obligation to NASA,” says Dworkin. “The other 75 percent is archived so that other scientists around the world, even perhaps those not yet born, can analyze the sample using techniques perhaps not yet invented—asking questions that we don’t know how to ask yet.”

Growing up in Houston—mission control for NASA at the time—Dworkin “began thinking in elementary school I wanted to do particle physics and understand how the universe started and understand particles. But at the same time, I was also interested in the solar system.”

When it came time for college, Dworkin wanted to focus on “high-power research on origins of life,” he says. He majored in biochemistry at Oxy and earned a Ph.D. in the same field from UC San Diego in 1997. “It occurred to me that if I wanted to actually do research as an undergrad, I would have to go to a small school. Nobel laureates and high-level research professors aren't interested in working with undergraduates. Oxy was the perfect environment for me.”

Nobel laureates and high-level research professors aren't interested in working with undergraduates. Oxy was the perfect environment for me.”

The title astrobiologist may sound somewhat contradictory—after all, how much biology is in space?—but the job covers a wide range of fields, including fundamental physics, astronomy, geology, chemistry, biochemistry, and ecology. 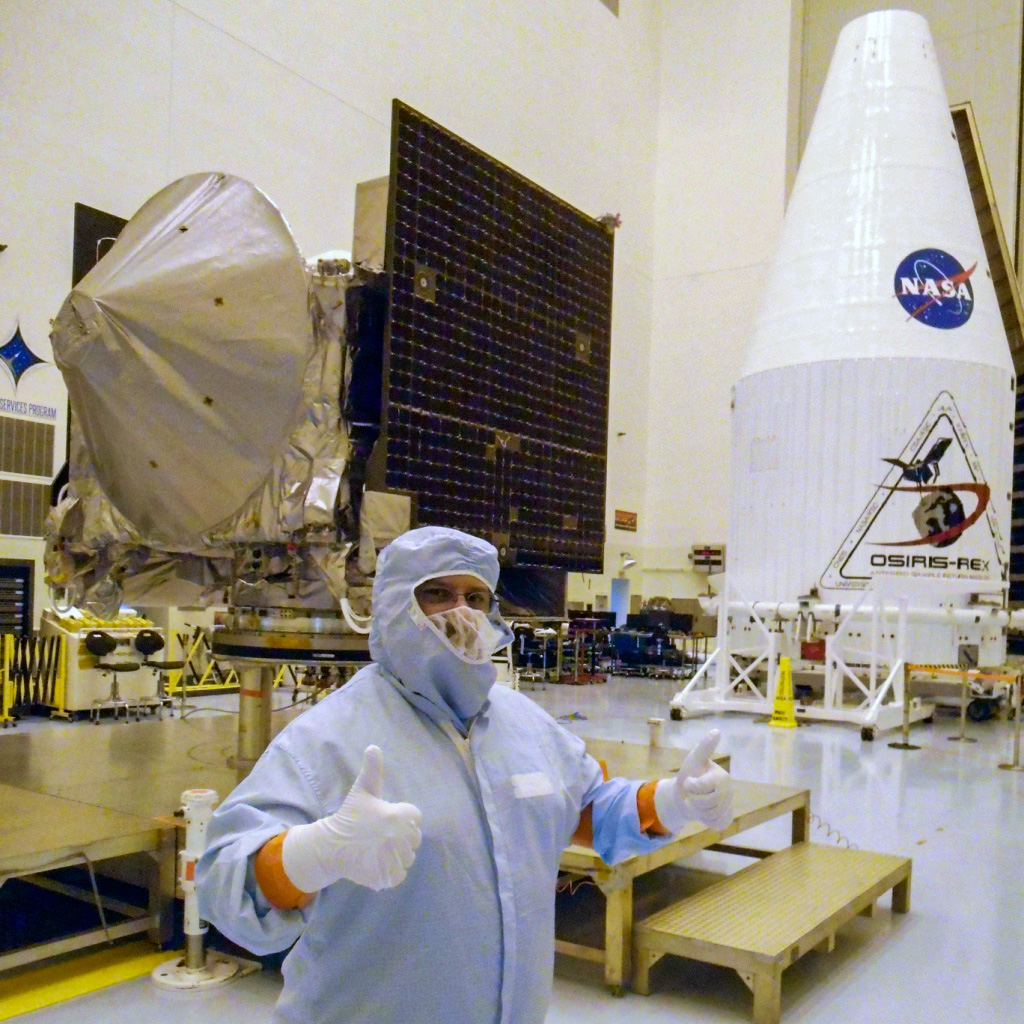 Dworkin has been on the OSIRIS-REx project since its inception in 2004. After submitting three proposals, the mission officially began in 2011. The following five years were consumed by the design, building and testing of the spacecraft before it launched in 2016.

When you’re talking to Dworkin, there’s the sneaking impulse to blurt out the ultimate Hollywood doomsday question: Will Earth be destroyed by an asteroid? “The simplest answer is that the Earth is extremely big and so it won’t get destroyed,” he replies. “NASA has a program to look for asteroids that could hit the Earth and is ready to deflect them.”

“One of the great things about OSIRIS-REx is that we’re gathering this data so that in 2135—that’s the next really close approach of Bennu to the Earth—the scientists and engineers at that time will use the data to help construct a deflection mission. It’s very thrilling to know that you have this legacy, and that maybe this will be important.”