Meet Jorgen Harris of economics, a labor economist whose work focuses on the relationships between human capital, labor markets and social norms. 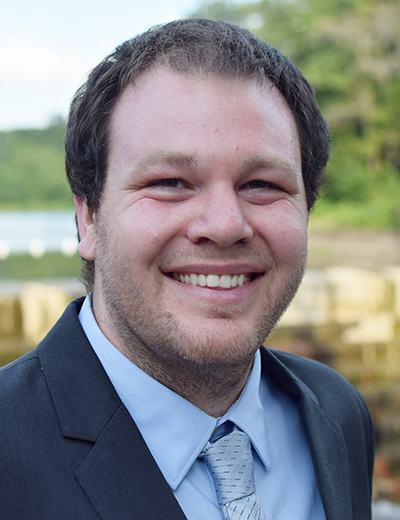 He is particularly interested in the role of gender in the workplace and the economics of parenting. Read more about his research.

A few things attracted me to Occidental. I really enjoyed teaching as a graduate student, and felt that I would be happiest working at a place that valued good teaching and would help me grow as a teacher and a researcher. It was clear that the faculty at Occidental was full of people who cared deeply about their teaching and were exceptional teachers as well as exceptional researchers.

I was also impressed by Occidental’s mission. Many academic institutions state similar missions, focused on values like excellence, equity, community and service, but Occidental made its mission and values a part of the recruiting process from beginning to end.

What are your early impressions of classroom life?

I’ve had a great time in the classroom so far. I especially love the ways that my students are supportive and kind to each other and supportive and kind to me. I have been teaching a pretty fast and abstract chunk of the economics curriculum, and I was a bit worried that I would simultaneously stress and bore my students to death. My students have been up for the challenge, asking great questions, working together, and demonstrating a ton of interest and curiosity.

In my mind, liberal arts education is about trying to understand fundamental questions about the world around you. Every academic discipline has tools to do this, and a good liberal arts education involves gaining some appreciation for many different tools and hopefully some real insight into a few tools. Because it’s focused on understanding fundamental questions, instead of building skills for a specific job, it’s not an education designed to make you maximally employable the year after graduation.

However, I think that the kind of thinking that a liberal arts education can teach can be really useful for learning as much as possible from your experience, for connecting your practical skills to as many domains as possible, and for guiding you through difficult decisions about how you want to spend your life. I’m not sure that a liberal arts education makes you a better person (I’m not confident enough in my definition of “good person” to rule out that it makes you a worse person), but I do think that it can give you an ability to learn more, understand more, and be more thoughtful in your approach to life.

The title of your job market paper asks the question “Do Wages Fall When Women Enter an Occupation?” What were your conclusions?

I find that wages do fall when women enter an occupation—my estimates suggest that a 10 percentage point increase in the female share of an occupation’s workforce leads to a decrease in wages for men and women of about 7-8%. This is very far from the first paper to look at the relationship between the wages and gender composition of occupations, but this finding is exciting because it’s the first attempt to estimate the effect of an occupation’s gender composition on wages using a natural experiment (in this case, the differing effects by occupation of the dramatic increase in women’s work and education from 1960 to 2010). This is important because it lowers the likelihood that the result is driven by correlations between the gender composition of occupations and characteristics like skill requirements and long or inflexible hours that might also affect wages.