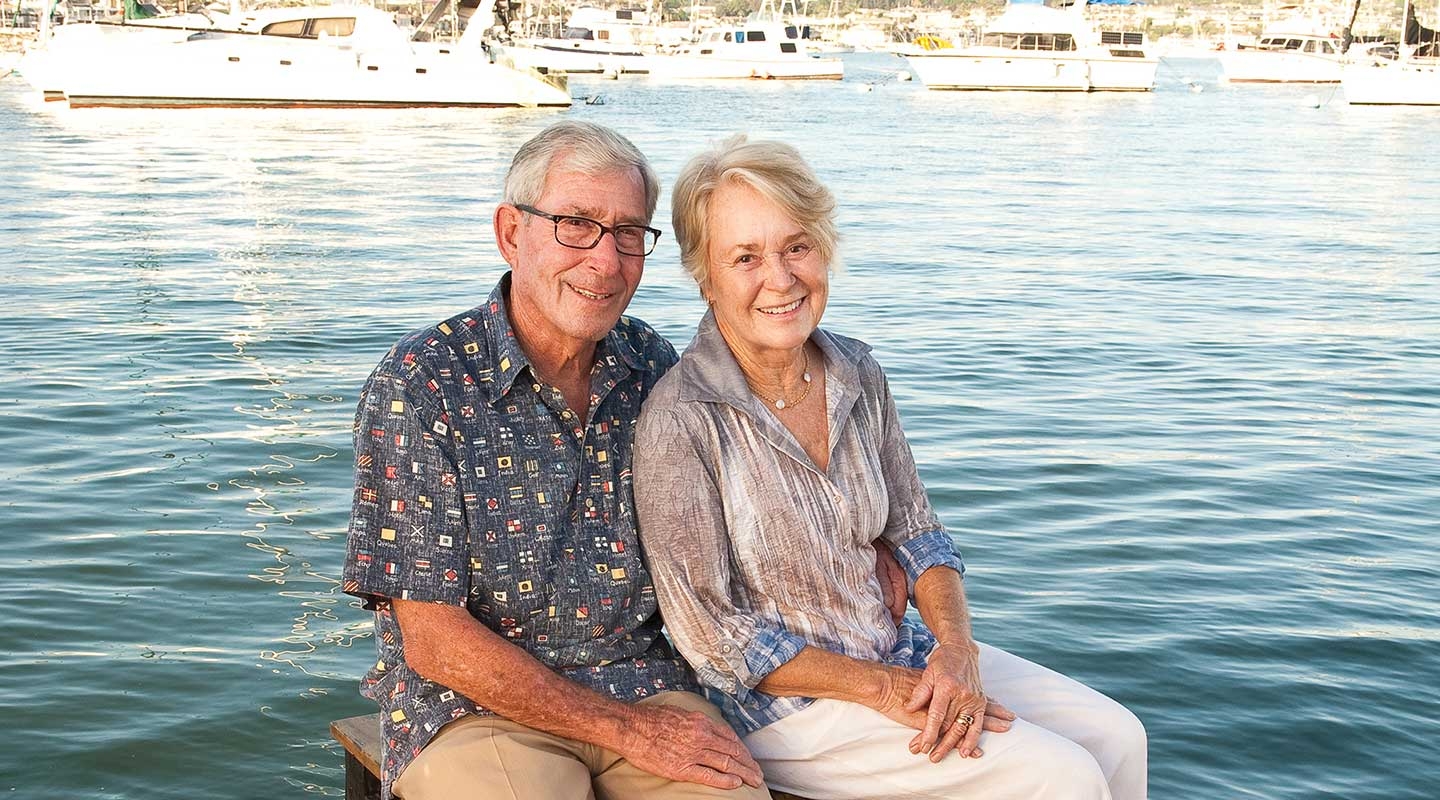 From academics to athletics to the arts, Linda and Tod White talk about what matters most to them as they enhance the Oxy experience.

As a skinny, bespectacled sophomore, Tod White was part of one of the greatest performances in the history of Oxy athletics. At the 1957 L.A. Memorial Coliseum Relays, White ran the first leg of the 2-mile relay that ended in a dramatic come-from-behind, world record-setting victory over USC, UCLA, Arizona State and Georgetown.

Not surprisingly, White has a keen appreciation for the role of athletics in a liberal arts education. “College is much more than what happens in the classroom,” says White, a hall of famer both at Oxy and at Newport Harbor High School in Orange County, where he was California state champion in the mile. Self-discipline, goal setting, perseverance, character- and confidence-building, and even time management were all important products of his Oxy experience. 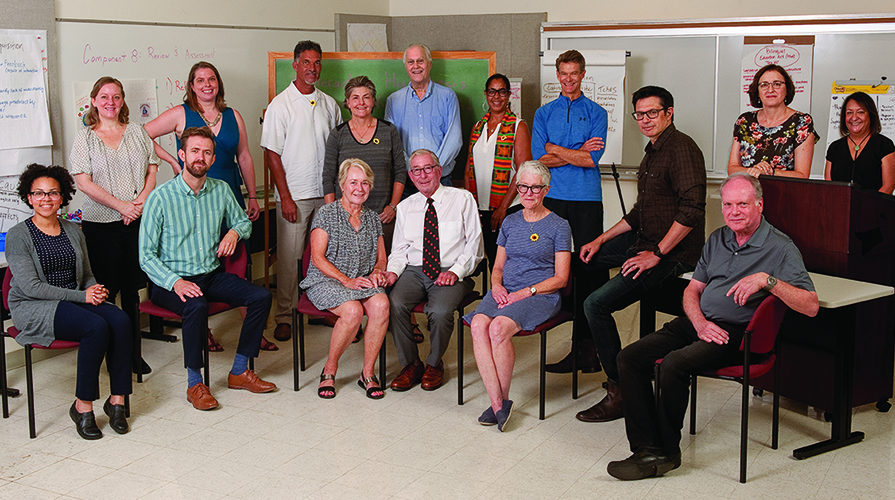 But when the trustee emeritus and his wife, Linda, made their first major gift to the College in 2007, it was not directed to the track and field program or the athletics program in general. Instead, the Whites chose to endow the College’s Center for Teaching Excellence (CTE), which partners with faculty to hone teaching skills with the goal of improving the student experience. As a psychology major who founded a pioneering firm in the field now known as career management, “I was in the education business, conducting seminars for corporate clients,” Tod says. “Effective teaching has always been an interest of mine.”

Last year, the Whites made a major gift to support the community-oriented arts project that will be based in the College’s new Oxy Arts building on York Boulevard. The Whites have a long-standing interest in the arts: Linda is a painter who earned her MFA at the University of Pennsylvania and whose works have been shown at galleries and museums on both coasts The couple has also been executive producers of many plays at South Coast Repertory Theater in Costa Mesa and Anaheim’s Chance Theater. “I like how the Oxy Arts program will act as a bridge to the community,” Tod says.

But the Whites have not neglected athletics, endowing the track and field and cross country programs and helping provide funding for the ongoing renovation of the Payton Jordan Athletic Offices (honoring the famed track coach who recruited Tod to run for the Tigers) and construction of the De Mandel Aquatic Center and expanded McKinnon Family Tennis Center. It’s a history of giving that dates back more than 50 years, when the Whites wrote a check for $5 to the College as newlyweds. “Oxy was so supportive of me,” Tod explains. “It gave me a scholarship, an outstanding education, and lifelong friends.”

Learning about the CTE and its work was an eye-opener for Tod. “Teaching is an important part of Oxy’s competitive advantage, and we saw a real opportunity to help the College ensure that faculty are even more effective in the classroom,” he says. After he and Linda gave $1 million to permanently endow the CTE, it was a logical step to use part of those funds to create the Linda and Tod White Teaching Prize, presented at Convocation each year. “With the various gifts we’ve given, that ranks really high. Recognizing outstanding teaching—that’s very exciting.”

More recently, the Whites have further diversified their philanthropic efforts by supporting the nascent Oxy Arts building. Linda, whose most recent work has been in acrylics, has been an important supporter of the arts at Cal State Long Beach, and the community partnerships at the heart of Oxy Arts appealed to both her and Tod. “Los Angeles has become a very strong influence in contemporary art,” says Linda. “I would like to see the center invite local artists to come in, show their work, give talks, and encourage the arts in the community as well as at Oxy.”