Meet Ross Lerner of English, who teaches courses on 14th- through 17th-century British literature, poetry and poetics, and the history of race and punishment. 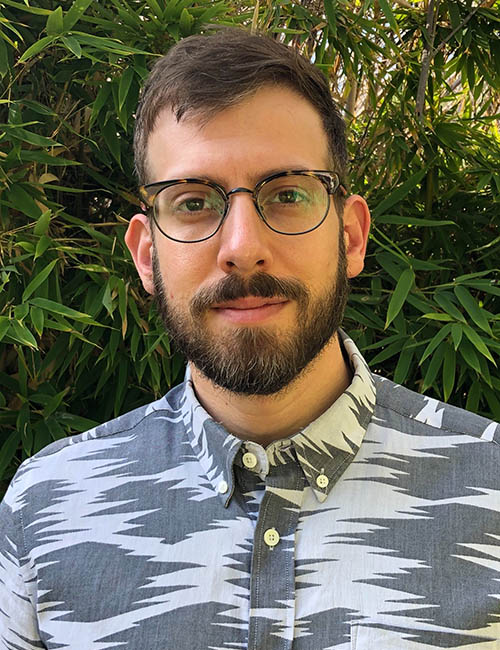 Talk about some of the research you’re working on right now.

One project I’m focused on now is about the legal, religious and literary history of punishment and race in the premodern Atlantic. I recently finished a related article about the genealogy of “civil death”—a legal category applied first to exiles in medieval Europe and later to incarcerated people. It designates certain individuals as dead before the law even though they’re still biologically alive—unable to bear rights, possess property, or participate in civil society.

I trace the development of this concept through legal and religious commentaries from the 11th to 17th centuries and show how literary representations of captivity and imprisonment were shaped by and critically responded to the doctrine of civil death, especially toward the end of that period. Civil death is eventually written into early legal theories of the modern penitentiary in the United States and is still with us in many ways, helping to make possible the vast repertoire of what gets called “felony disenfranchisement.”

I regularly teach classes that relate to my research in some way; Early Modern Cultures of Punishment is an obvious example. But I also think of the relationship between teaching and research as reciprocal; research discoveries will regularly give me new perspectives on a text I’m teaching and provide me with a new approach to introduce to my students, and, likewise, questions that students raise in the classroom often send my research in new directions. In several instances, students have asked me questions that I didn’t have satisfactory answers for, and that’s led me to develop a research project that grows eventually into a scholarly article.

For example, a couple years ago, in a class where I teach the entirety of John Milton’s Paradise Lost, several of my students expressed disappointment in this long poem’s last two books, which they found moralizing tonally and stultifying poetically. My first thought was: I’ve failed these students by not sustaining their excitement about the poem to the end! But deeper discussion convinced me that they’re right—the poetry of these books is markedly different from what came before, and as I started doing research, I realized there’s a really interesting history of negative commentary on these last books. But people have tended to complain rather than explain why the poetry changes, and I asked myself what might be at stake in such a radical shift in Milton’s verse techniques. Might it be its own kind of poetic experiment meant to transmit a new kind of experience to readers? An article that came out of that research was just accepted at a journal and it’s a delight to acknowledge students’ inspiration.

I think of the relationship between teaching and research as reciprocal; research discoveries will give me new perspectives on a text I’m teaching and provide me with a new approach to introduce to my students, and questions that students raise in the classroom often send my research in new directions.”

Describe a moment in the classroom when a student has taught you something.

I’m learning things from my students all the time. Here’s a recent example. Week two of the fall semester: a brand new, first-year student came up to me after class to ask a question about a text we’d been discussing. I’d closed class with a hasty proposal for how to interpret a passage; I was really improvising because I was asked a (great) question I hadn’t really thought through before and offered an easy answer to be able to end class on time. So this student came up to me after class and pushed back against my interpretation in the most thoughtful and generous way. We talked for awhile and together came up with a much more sophisticated interpretation that we could then bring back to the class. This was especially instructive for me not only because this student had such thoughtful and smart ideas but also because it was clear that already he was starting to think of the study of literature as a communal activity undertaken in conversation with both texts from the past and people alive today. He taught me a lesson I need to relearn all the time: that we’re usually at our best when we interpret generously and carefully and with others.

When I’m not reading or writing or teaching, cycling or hiking in the mountains is one of my favorite Los Angeles activities.