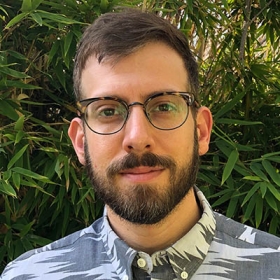 He has published a book, Unknowing Fanaticism: Reformation Literatures of Self-Annihilation, that explores the crisis of religious fanaticism in Reformation Europe and its effects on politics and poetry, as well as articles on the relationships between Renaissance poetry and law, religion, and embodiment. He is currently at work on a study of punishment and race in the literary, political, and religious imaginations of the premodern Atlantic world.

He teaches a wide range of courses on medieval and Renaissance literature (such as Renaissance Cultures of Punishment; Renaissance Poetry and its Afterlives; The Literature of Error: Romance and Genre; and Literary Experiments from Chaucer to Milton) and introductory courses on Poetry and the Environment and on Shakespeare and Film, as well as writing-intensive first-year seminars on race and incarceration in the US, on representations of apocalypse, on fictions of crime and detection, and on the problem of revenge.