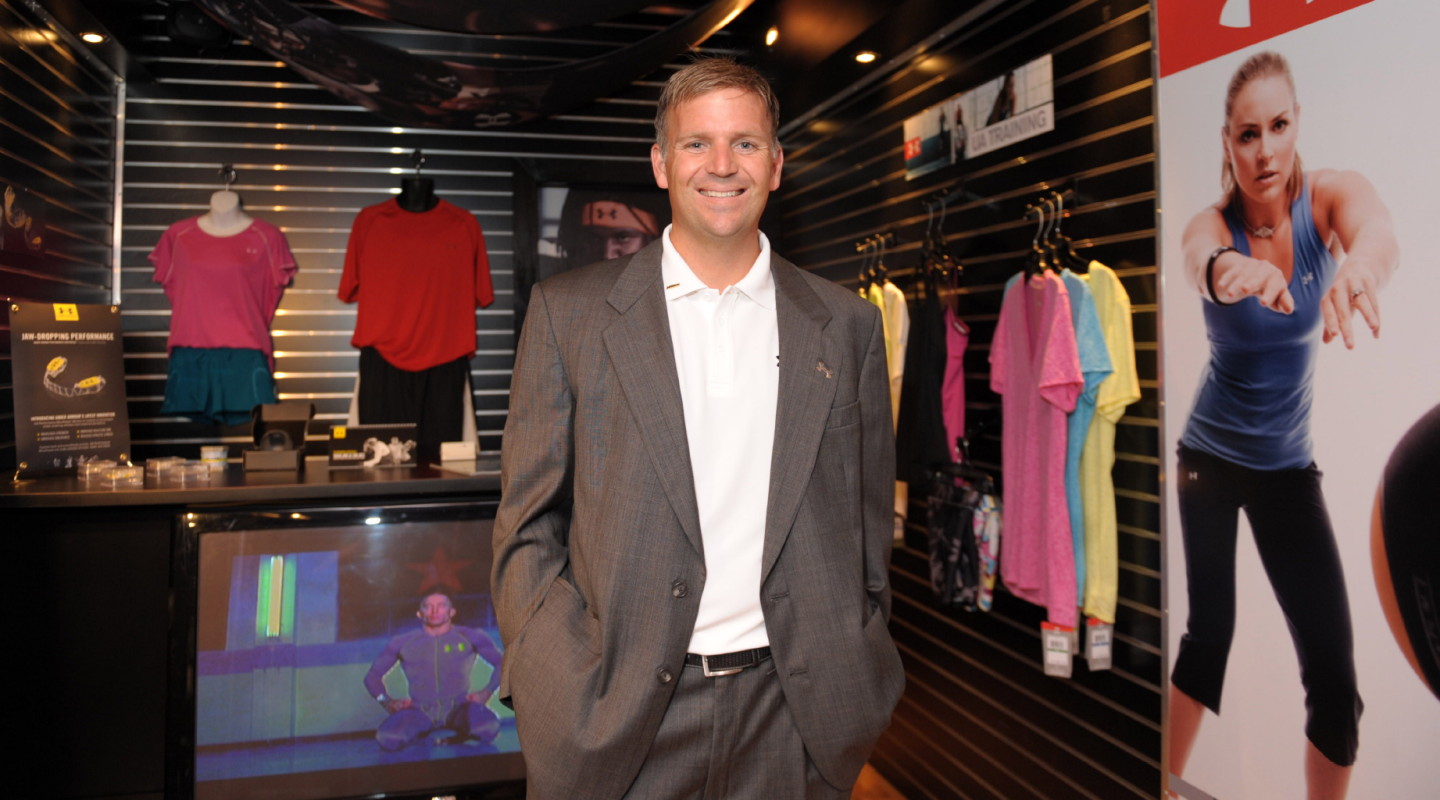 Editor's note: Trevor Moawad '95 M'01 passed away on September 15, 2021, after a two-year battle with cancer. This story was originally published in the Winter 2011 issue of Occidental magazine.

﻿Growing up with a well-known motivational speaker for a father—Bob Moawad, former president of the National Association for Self-Esteem and an original contributor to the Chicken Soup for the Soul series—Trevor Moawad ’95 M’01 learned many important lessons at home. “My dad always told me that the problem with most people is that they live their lives as if they go into a grocery store without a shopping list,” he recalls. “So I learned quickly that where I wanted to go and what I wanted to do was going to depend largely on me.” 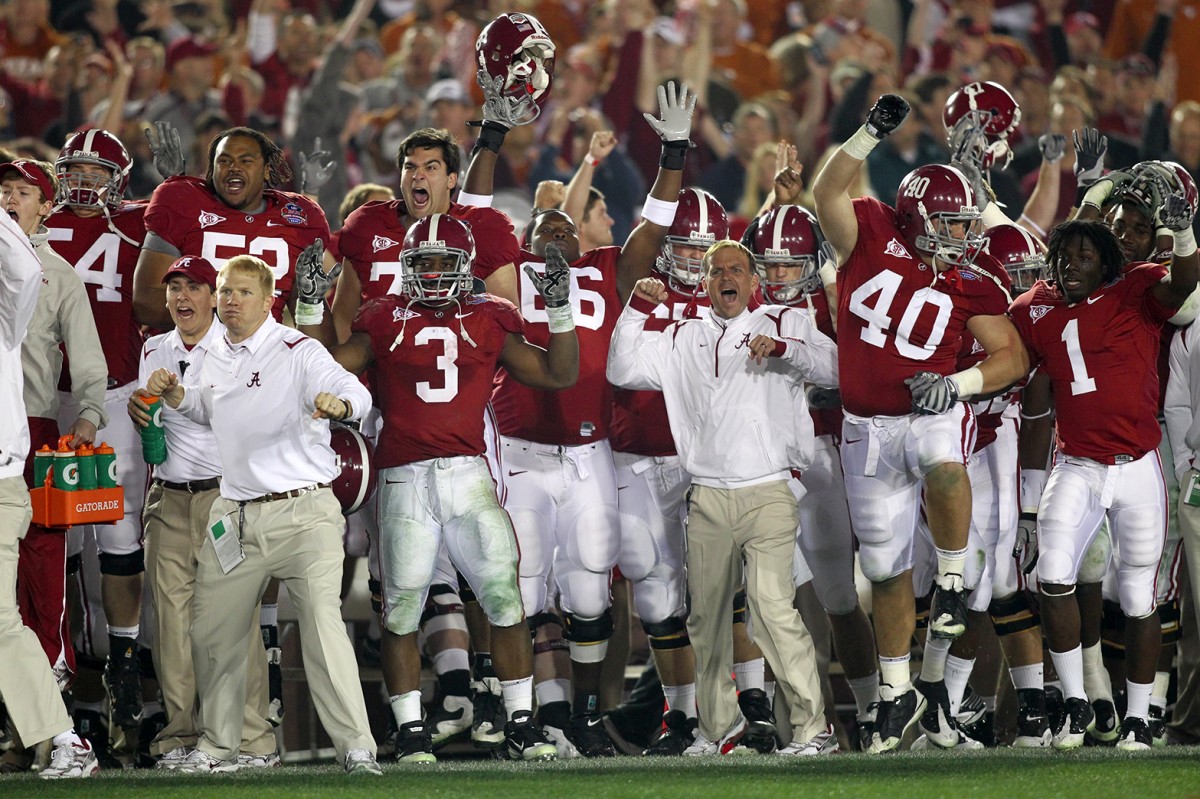 The elder Moawad, who died in 2007 after a seven-year battle with cancer, remains a big presence to his son. Cheering on the sidelines of the Rose Bowl last January when the University of Alabama Crimson Tide rolled over the Texas Longhorns to win their first national football championship in 18 years—the culmination of four years of work with coach Nick Saban’s squad—Trevor remembers looking up at the sky and thinking, “This one’s for you, Dad.”

As director of the IMG Performance Institute in Bradenton, Fla., Moawad manages a squad of employees who boost both amateur and professional athletes’ leadership, communication, and mental-conditioning skills, as well as regulate their nutrition and vision, improve their physical conditioning, and maintain their overall health. “Our belief is that you don’t have to be sick to get better,” he says.

Seven months after the Crimson Tide won the Bowl Championship Series title game, Moawad told the Alabama players that it was time to get back to work—that last year’s champions are last year’s news. “You earned your right to be here; that’s great,” he said. “Now you have to earn your right to stay here.”

He encouraged them to concentrate on details that add up to a big payoff on the field: getting enough sleep, eating right, reviewing game films, helping out teammates, and working hard. “Success,” Moawad said, looking at each player seated before him, “needs to sustain itself with more success.”

Academics didn’t come easy to the Seattle native, who spent so much time at Occidental studying in Clapp Library that he had his own carrel. “Oxy was a difficult school for me,” Moawad says. “So I outworked the average student.”

He brought that same work ethic to the athletic field. At basketball or soccer practice, he was often the first player to arrive and the last to leave. At 5'11", he didn’t outdunk, outblock, or outscore his opponents—and, lacking the lightning-quick speed of some of his rivals, he didn’t outrun them, either. But he asked his coaches to help mitigate his weaknesses and improve his strengths. He studied how pro players elevated their game and incorporated those skills into his own. And he tried to maintain a positive attitude. “I gave every ounce I could give,” Moawad says. “I had a significant desire to be the best I could be.”

Colm McFeely, the Tigers’ assistant soccer coach at the time, remembers Moawad’s unbridled enthusiasm. When Moawad first approached him and head coach Costa Nicolaou on the lower soccer field and said he’d like to play for the Tigers, he noticed a soccer ball lying on the grass. “Well, he took that ball and screamed toward the halfway line at 100 miles per hour,” McFeely recalls. “He jumped up in the air to kick the ball—and fell down on the flat of his back.” 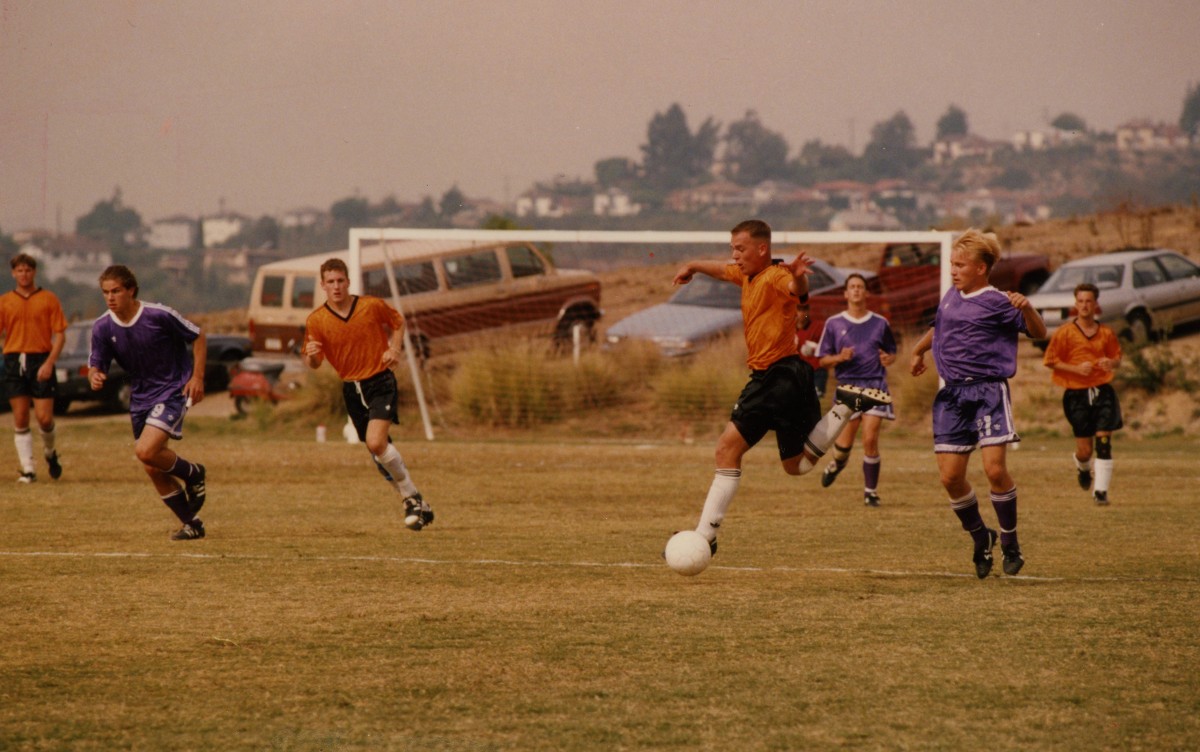 First impression notwithstanding, Moawad proved himself to be one of the most effective players on the team. He earned All-SCIAC honors in 1994 and 1995, and was runner-up for league MVP as a senior. “Through his attitude, hard work, performance, and sheer love of the game, he improved himself enormously,” McFeely says. “He was always looking to learn.”

Brian Newhall ’83, Occidental head basketball coach and associate athletics director, can relate to Moawad. “Both of us were more the ‘try hard’ athletes,” he says. “We had to work a little harder, do the little extras to make it on the basketball court.” As a player, Moawad stood out not just for his work ethic, but also for his mental toughness and support of other players, Newhall says. “Trevor represented all the positive intangibles on the team. He had the ‘it’ factor.”

International Management Group’s 400-acre training facility in Bradenton is a long way from the overcrowded Los Angeles high school where Moawad started his career. After he graduated from Oxy with a B.A. in comparative politics in 1995 and a master’s in education in 1996, Moawad taught for two years at John Marshall High School in Los Feliz—where some of his students couldn’t speak English, and his classes were often so crowded that some students had to share desks.

Moawad taught courses in history and psychology, as well as a class he developed titled “Unlocking Your Potential.” He learned how to work with students’ short attention spans, how to engage them with visual imagery and other tools, and how to change direction in his lessons to better reach students. “It was like Harvard for classroom management,” Moawad says. “My ability to get in front of the Miami Dolphins or 1,500 athletes at the Under Armour Combine [an event open to high school freshmen, sophomores, and juniors looking to measure their athletic potential] was shaped in large part by learning how to survive at John Marshall.” 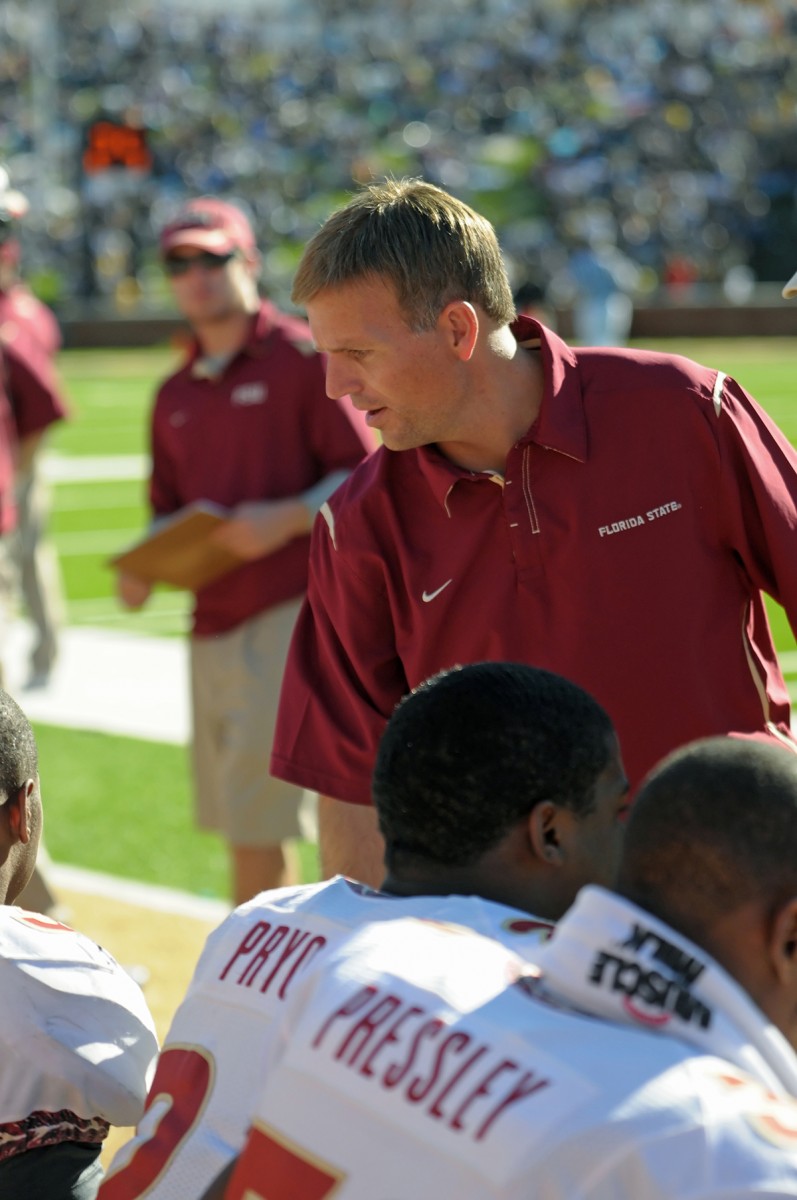 He taught for another two years at a private high school in Boca Raton, Fla., where he also served as a golf and soccer coach. Moawad’s introduction to IMG Academies—which has grown into one of the top multi-sport training and educational institutions worldwide since its founding in 1978—came through an IMG coaching clinic. He was so impressed with IMG’s people, teaching methods, and facilities that he interned for the company. That internship led to a full-time gig as a mental-conditioning consultant.

After 11 years at IMG Academies, the last three of them as director of the IMG Performance Institute, Moawad is transitioning into an even bigger role. In his new job as head of IMG Performance Consulting, he is on call to Division I universities and sports franchises such as Dutch pro soccer team Ajax Amsterdam and the Welsh Rugby Union national team.

In addition, Moawad is helping IMG partner with sportswear manufacturer Under Armour and the Mayo Clinic to develop the Combine 360, a global measurement standard for sports performance for recreational and professional athletes alike. The 90-minute test measures mental and physical fitness, nutrition, mobility, and other factors. “It’s trying to help athletes more than just running faster and jumping higher,” he says. “It’s about improving how you train, what you eat, and how you mentally prepare to perform at your best.”

Like his father, Moawad lasers in on people’s untapped potential by helping them understand the power of the mind. “When you have an internal locus of control, then you maintain a firm hold on the direction you’re going,” he says. His career trajectory brings to mind another piece of advice that his father imparted to Moawad long ago: “Your attitude, not your aptitude, ultimately determines your altitude.”